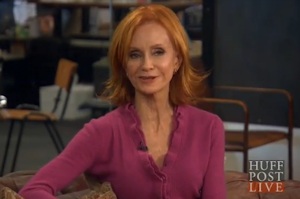 In a recent interview with HuffPost Live, actress Swoosie Kurtz unexpectedly opened up about the abortion she had many years ago. Speaking with the same interviewer who praised the work of abortion mill escorts in February, Kurtz responded to his question about her view on “women’s reproductive rights” with an admission of her very personal experience with the subject. Kurtz said, “I had an abortion… gosh, did I just say that?”

It was in the 60s, and it was very, very difficult. It was one of the most difficult things I’ve ever been through in my life… On all levels, it was impossibly difficult and anguishing. First of all to make the decision, and secondly, having made the decision — because I was very young — to find the means and the way to do it, without going to Mexico and risking your life. And I would just hate to see us go back to a time when only the wealthy can have a safe abortion, or any abortion… It’s not really a political statement for me, it’s just a very personal one from what I know I went through.

Kurtz admits in another segment that she felt there was no option of both/and when it came to her career and motherhood; she had to choose one or the other and she chose her career.

I didn’t want to have children, I knew that at a very early age… I just knew, like Katharine Hepburn, that that was not a part of my life. And you know, back when I was starting my career, it’s hard to imagine now, but it really was, it really was a choice: do I get married  and be absorbed by this other person, as much as I may love them, or do I follow this over here that I’m on the track of, that I love, that I think is heating up — that I’ve got passion for, this work. And I really was married to my work… I think lot was sacrificed on the altar of performance. A whole lot was sacrificed. But for anything worthwhile, you sacrifice.

Swoosie describes her search for an abortion as having been “verboten” at the time, and even says that she could never bring herself to share the news of the death of her child with her mother:

It was the one thing I never told my mother. I’ve told her everything in my life. I don’t know why, but I couldn’t. I couldn’t [tell her], at that point in my life.

The interviewer thanks Kurtz for opening up about her abortion experience, and somewhat stunned-looking, she says, “I can’t believe I did!”