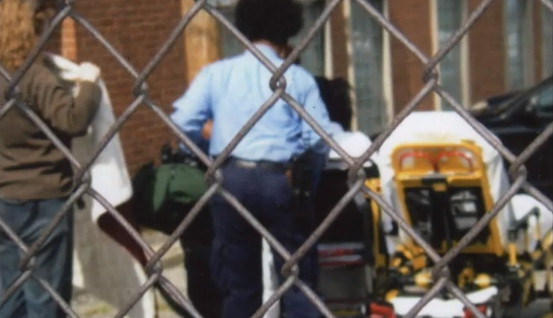 One of the most serious abortion complications a woman can suffer is a perforated uterus. A patient can bleed to death from this complication. In Salon magazine, a publication not known to be pro-life, one abortionist is quoted as saying, “There are only two kinds of doctors who have never perforated a uterus: those that lie and those who don’t do abortions.” Late-term abortionist Henry Morgentaler describes a uterine perforation and explains how it happens:

What happens during dilatation is that the doctor tries to widen the diameter of the cervical canal leading to the uterine cavity by pushing metal dilators through it. As he does this, he encounters muscular resistance. … The doctor overcomes this resistance by steady pressure until it gives way and the dilator slips into the uterine cavity. Occasionally, the resistance gives way suddenly and the dilator is then propelled into the uterus with a force which might bring it in too far, thus perforating the uterine wall. In pregnancy, the uterine wall softens considerably and thins out in certain places; if the dilator hits a weakened spot, it might go through it.

Morgentaler then explains the harm this can cause:

[T]he doctor will try to evacuate the uterus but may find that no material is forthcoming because his instruments, instead of being in the uterine cavity, are elsewhere, usually in the abdominal cavity. If the aspiration cannula or sharp curette is used, it may damage the small intestine or rupture a major blood vessel with immediate shock a likely occurrence. Major surgery is then needed to repair the damaged abdominal organs.

Sharon Hampton went to abortionist Bruce Steir for a second trimester abortion. Steir later pleaded guilty to perforating Hampton’s uterus, pulling out part of her bowel, and stuffing it back into her body and sending her home to bleed to death. He was convicted of manslaughter. Years later, Steir wrote:

The demise of my patient was from a perforation of the uterus. This is a well-known complication. Any experienced abortion provider will admit to having had at least one. If he or she denies ever having perforated a uterus then I must conclude that they either have not performed too many second trimester abortions, or they are in denial, or just covering up with a sense of false pride.(1)

Another abortionist, in his article against allowing non-physicians to commit abortions, wrote:

[A]ll of us who are well-trained to provide abortions and who have considerable clinical experience still have complications. About once a year, the average experienced abortion provider may perforate a uterus. Indeed, a pregnant uterus is much more easily perforated than a non-pregnant one.

I have used 4-, 5-, 6-millimeter cannulas and still occasionally I have perforated a woman’s uterus. I am a specialist, board certified. I have all the credentials and still I screwed up. They are saying the procedure is so benign you can’t harm anybody or cause any trouble. I don’t believe it.

How often do perforations happen? We don’t really know. The CDC gets its statistics on abortion complications straight from abortion facilities, and they are reported on a voluntary basis. It is against the interests of an abortion facility to honestly report its complications, and in fact, abortionists may not know of complications if a patient doesn’t go back to the facility for treatment. If an injured patient goes to an emergency room, the abortionist may never even know it happened.

I had one of the worst complications at the clinic. I perforated a uterus and sucked a piece of small bowel right into the tubing. …  We had the young lady taken over the hospital where the residents took care of her and a surgeon spliced her bowel back together, and I went over to see her about two days later before she left the hospital to just say hello and are you doing okay, and to tell her I was sorry this had happened. She didn’t want to talk to me. She wasn’t angry at me. She didn’t want to think about the abortion, thank you. She was ready to get out. Denial. Absolute denial just right there.

That’s why abortionists don’t get sued. These folks don’t want to think about it for at least two years and then the Statute of Limitations is up. That is (denial) the reason that many women don’t sue from complications from abortion.

If even the most experienced doctors are admitting to perforating women’s uteruses, these injuries must be more common than many  realize.