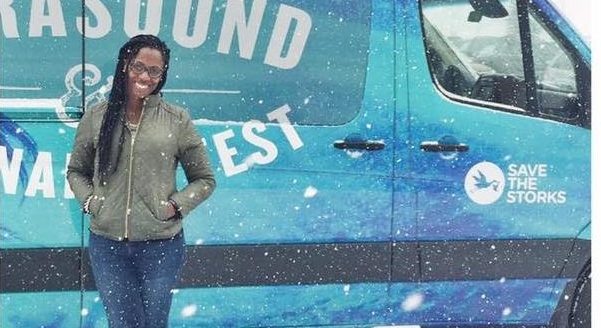 Ashley Danielle Flores is a professional blogger, yoga instructor, network marketer and ambassador for the pro-life organization, Save The Storks. In addition to her flourishing career, she’s a mother of two who recently published her first book, “Swimming in Grace,” which tells the story of an abortion Ashley had in college and the negative impact it had on her life. Ashley spoke with Live Action News about her experiences, and the need for other women to tell their own abortion stories.

Ashley says her involvement with Save The Storks came about thanks to “a fellow blogger” and her husband who were seeking to raise funds for STS through a T-shirt campaign. “I shared a blog post with some of my abortion experience for that campaign and was quickly asked to join the STS team,” Ashley notes.

Ashley says what inspired her to write her book, “Swimming in Grace,” was “a spoken word piece I wrote in 2010 sharing my experience. After completing my own post-abortion healing class and learning several details about the abortion industry in itself, I became drawn to helping women truly make the choice on their own as opposed to be manipulated by the industry.” 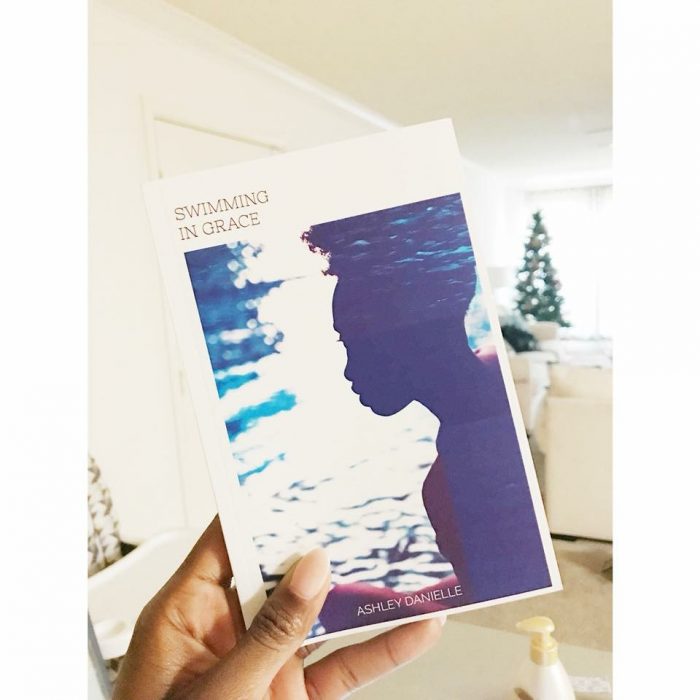 Swimming in Grace, by Ashley Danielle

The book’s title was inspired by a webinar hosted by “one of my favorite ‘bloggy friends’ turned Bible study teacher, Jesse Connolly,” says Ashley, who “talked about how heavy life can get” and “how we can easily begin to judge ourselves against this impossible measuring stick as mothers and women and Christians that not even God holds us to. She reminded us that some days we will feel like we are really walking this thing out called life like it’s a breeze, and other days we are ferociously swimming in God’s grace.”

Ashley adds, “That’s how I think several women feel about their abortions. Some days it’s easy to live as though it never happened, and other days we are clinging on to the cross with all we have in us while we try to function with the memory of it all.”

The fear and shame of abortion can be overwhelming.

Ashley told Live Action News that she was against abortion even before she had one herself. “I didn’t agree with abortion before my own. I never did. I never thought it was okay, and I remember having a conversation with a friend that someone like me who came from a strong family should never have one because we didn’t need to. However, I wasn’t prepared for the amount of fear and shame that overcame me once I found myself in that situation.”

In her book, Ashley shares that she expected that her boyfriend would be able to come with her into the abortion procedure room, but he wasn’t allowed to. Nothing about experience was what she expected. “I go into detail from the time we arrived to the time we left the clinic that day in my book. I want the readers to really walk alongside me that day, and somewhat feel what it was like to be there. One huge surprise to me just so happens to be one of Save The Storks’ missions, but I can’t reveal it here or it would spoil the beginning of the book.” 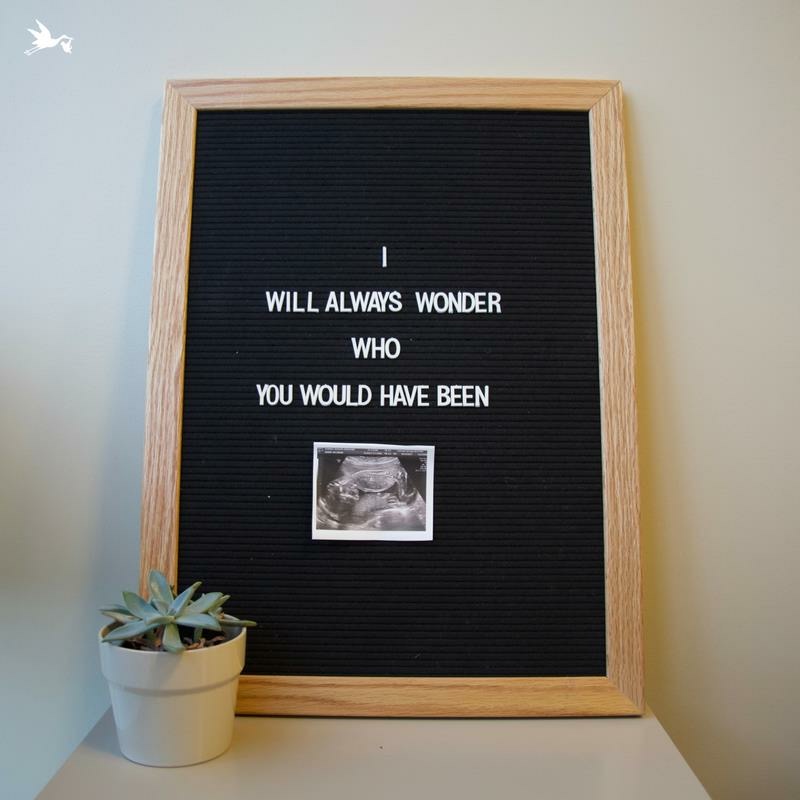 Planned Parenthood says on their website that most women feel relief after an abortion. In Ashley’s case, this was true. “As horrible as it may sound, I immediately felt like a weight was lifted from my shoulders. I just wanted it all to be over and to never think of it again. And for a good while I was able to suppress it,” she says.

Many post-abortive people are afraid to tell their abortion stories, and post-abortion trauma isn’t really recognized by the medical community. But Ashley says she speaks out “because it’s real” and wishes “more people would speak out so other women won’t try to conceal any feelings of trauma they have afterwards.”

Abortion isn’t a “normal” event, and isn’t adequately addressed in the Black community.

Ashley says abortion just isn’t a “normal” event and shouldn’t be treated as such. “Abortion is being sculpted to become as normal as getting a flu shot, but it’s not recognized for the emotional scars it can leave on the people involved,” she notes. “Ever since I started speaking publicly about my abortion, my inbox is often filled with testimonies of pain of anger from women who feel hopeless, men who feel they failed the woman they cared for, parents who feel they made the wrong decision for their child, and the list goes on. People are hurting.”

Abortion is not adequately addressed in the Black community, Ashley told Live Action News, “especially not in the South. So many people don’t realize that abortion was pushed so heavily in the past as a way to wipe out the Black population. Documents have shown prominent figures in the Black community were once manipulated by racists… to encourage abortions by convincing other Blacks that having less children would make easier for them to live a better life because they would avoid financial strain in a time where job were so limited to Blacks.” Indeed, Live Action News has extensively documented the eugenic, racist roots of Planned Parenthood and the abortion industry. 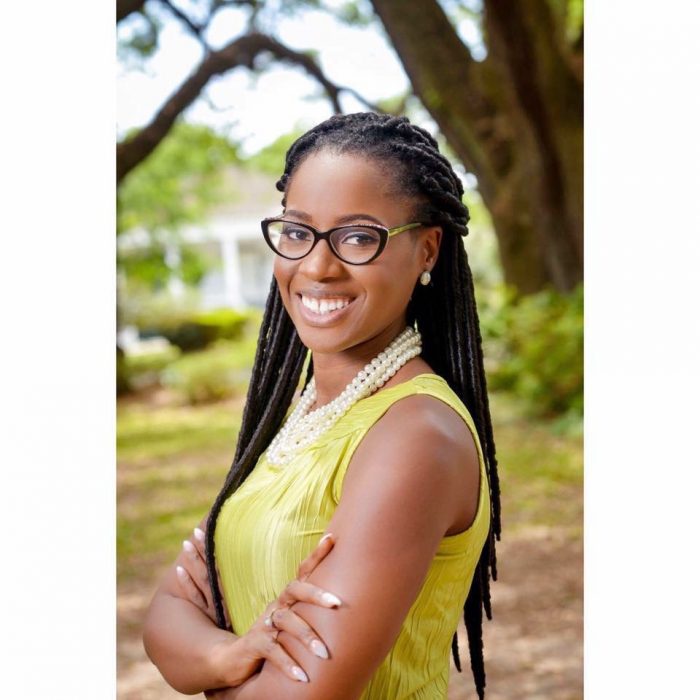 It shouldn’t be more acceptable to abort than to place your child for adoption.

Ashley says, “I feel like I was raised in a culture where it’s more acceptable to have an abortion than to give your child up for adoption and that should not be the case…. I think the Church needs to actively speak about not only the emotional and physical effects of an abortion, but also about options such as adoption.”

Ashley told Live Action News that the Church should also be a place of love and care, “a safe haven,” as she puts it. “No one should feel like they would be figuratively stoned for being pregnant and not wanting to keep their child. I have friends now who would do anything to adopt a child and that option needs to be in the forefront…. We have made it such a private matter that it’s as if it does not exist, and that type of apathy is dangerous.”

Ashley’s desire for sharing her story in “Swimming in Grace” is that women’s resource centers would have her book and distribute it to help women and gain more understanding about women’s abortion stories and grief. “I want hearts to be healed, and chains to be broken,” she says. Many post-abortive women are mothers, and sometimes the shame can be overwhelming. Talking to their children can be difficult. Ashley says she plans to tell her own two children in the future about her abortion. “I’m sure they will eventually have a good understanding of what mommy does for a living because I pray to still be traveling and speaking on the issue for many years to come. I’ll let their natural maturation show me when they are ready to hear it from me, and will eventually let them read the book when they are in the teens.”

Men deal with post-abortion grief, too.

But it’s not just women who deal with abortion grief; men do, too. And Ashley has received emails from some post-abortive fathers, telling their own abortion stories. “These men are hurting. Some of them feel extreme guilt for coercing a woman to have an abortion,” Ashley says. “I’ve gotten messages from men who wanted to keep the child and the woman did it anyway, leaving them with an overwhelming feeling of helplessness. And the most common is when a man finds out later a woman had an abortion without ever telling him she’d been pregnant at all. Some of these men would have loved the opportunity to raise a child even if they knew it would have be difficult. They were up for the challenge and they feel their child was ripped from their lives.”

The bottom line, according to Ashley, is that abortion is “a heart issue.” She told Live Action News, “I believe when someone feels truly empowered and cared for they feel they can do anything. They won’t feel a child will stop them from finishing school, or getting a good job, or traveling the world. When we surround one another with genuine love and support hard decisions appear to be just that: hard; not impossible.”

Editor’s Note: If you are struggling after an abortion or you are making a decision about your pregnancy, click here for more information.