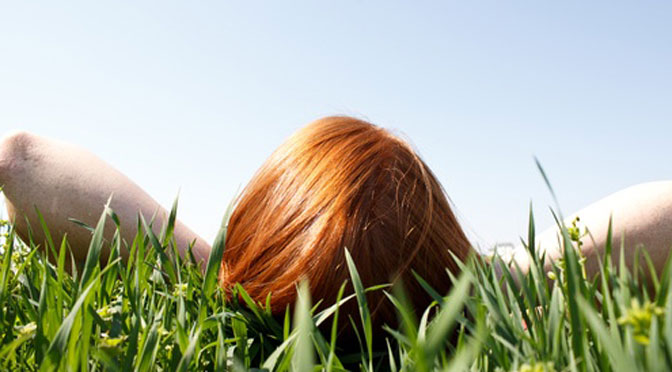 By now, pro-lifers are familiar with Carafem, the abortion facility that compares itself to a “spa.” Carafem’s goal is to “normalize” abortion, and to make it a relaxing experience. Staffers meet their patients in facilities with hardwood floors and “plush” upholstery, and give them warm tea and comfortable robes to make it a more upscale experience.

On their website, they share abortion stories in an effort to “bust abortion stigma.” But one story, from a comedienne named Lucy Samuel (who didn’t have her abortion at Carafem), might not have the intended effects that they were hoping for.

Titled “My abortion gave me the freedom to continue making plans and dreaming big,” Lucy starts off by telling readers that she talks about abortion a lot, even though it makes people uncomfortable. She has done stand-up comedy about abortion, talked about it at work, and manuevers abortion into conversations even when it isn’t applicable.

At 25, she became pregnant. She was in a relationship and wasn’t using birth control, but relied on Plan B to keep her from getting pregnant. That was what she did after one sexual encounter, using Plan B to prevent pregnancy… only, it didn’t work:

Five weeks later, my body started ringing alarm bells. I imagine that if we had been trying to get pregnant, the inexplicable nausea and excruciatingly sore boobs would have been less like alarm bells and more like the funky finger-snapping intro from Love on Top, but for someone who still wanted to backpack through southeast Asia, get a Master’s degree and maybe try hallucinogenic mushrooms, it was a very ominous feeling. I bought a box of pregnancy tests at CVS, took them one after the other, and then sat down on the hardwood floor outside my bathroom and said a lot of swears.

An unexpected pregnancy is never going to be easy for any woman, no matter what the situation is. But in Lucy’s case, there was no dire situation. She had insurance, through her father — which she used to fund her abortion — she was in a stable relationship, she had a job. Her reasons for not having a baby were frivolous by anyone’s standards. And there’s a reason that savvy abortion advocates don’t use examples like Lucy’s to further their pro-abortion agenda. Most people aren’t going to be too thrilled at the idea of women having abortions so they can experiment with drugs and travel.

Her boyfriend and mother were both supportive of her decision to have an abortion, with her mother having little reaction beyond making sure she had made an appointment, presumably for the abortion. And of course, that is exactly what Lucy had done:

My boyfriend and I left early the next morning for the Planned Parenthood in Gaithersburg. I remember applying eyeliner for some reason, and then crying it out when my roommate came into the bathroom to rub my back and ask me how I was doing. I don’t think I was crying because I was sad about having an abortion. I think I just felt overwhelmed and very suddenly, paralyzingly grown-up. I think that’s really the thing that ensnared me during those few days when I was going through the whole thing: I absolutely could not pretend for one more second like I was still a stupid kid, the baby sister who couldn’t be blamed for the broken dish. I was an adult who had been delivered the most adult responsibility possibly ever, and having an abortion felt just as much like a very adult decision as would choosing to have a baby.

The people at the Planned Parenthood in Gaithersburg were so good to me. They didn’t have to be. It was early in the morning, the lobby was dingy and sad, and they had probably seen so many young women in so many stages of unwelcome adulthood that it could’ve been entirely transactional and I wouldn’t have blamed them. But they asked me the requisite questions (are you making this decision on your own? Do you want to see the ultrasounds?) with such gentle kindness that I was moved to tears all over again.

Interesting how her “empowering” abortion kept making her cry. And what, exactly, was she free from now? The baby that had been created from her own choices — her own choice not to use condoms or birth control, a baby whose life was taken for no other reason than Samuel just didn’t want one. It’s a far cry from the narrative pro-abortion activists often push, where abortion is a heart-wrenching decision made because a woman already has children and can’t afford another, or her baby has a birth defect, and so on.

It’s not surprising that Carafem would share stories like this to “bust the stigma” surrounding abortion — the thought is surely that if people talk about it in a matter-of-fact way, as if it’s no big deal, then people will come around. But it’s a losing strategy without any doubt whatsoever. The fact of the matter is, the number of pro-life Americans is growing, while the number of Americans who call themselves “pro-choice” is falling. And even among Americans who support abortion, it’s still on a very rare basis, with heavy support for abortion restrictions and a majority believing that abortion is morally wrong.

So really, while this attempt to “normalize” abortion may work for pro-abortion extremists, do they really think that a girl who had an abortion because she felt like it, so she could travel and try drugs, even though she was in a relationship and was financially stable, was really going to change many minds? If that’s what they thought, they were sorely mistaken.