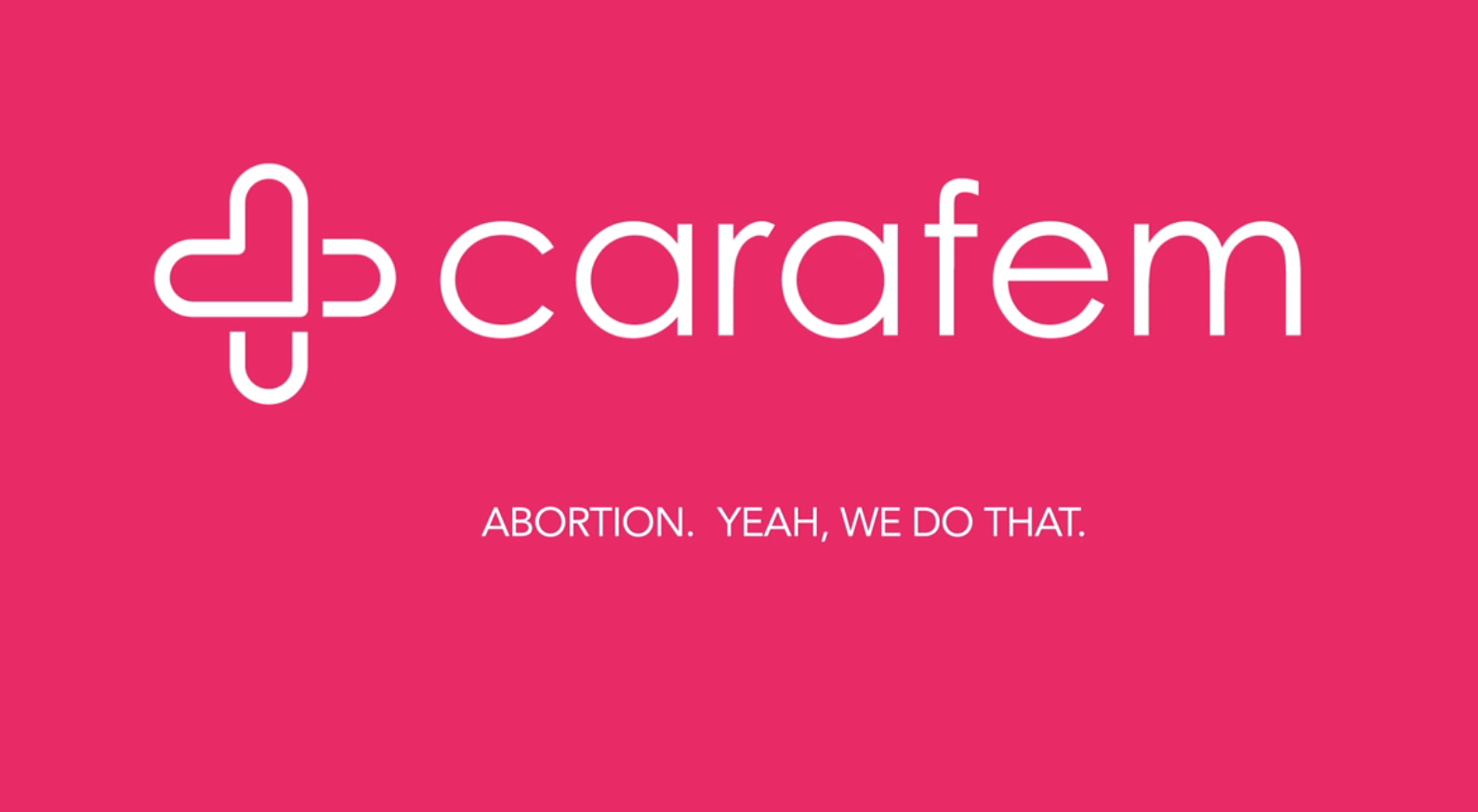 Carafem, the Washington, D.C., abortion facility that sells itself as a spa, has released a new ad glamorizing an abortion procedure.

In the ad, a few uptight women sit around a table drinking tea. The socialites speak in affected voices, as they obviously avoid using the word “abortion” when discussing the circumstance of their friend. The women look snooty, and give the impression that being with them would make for a horrible day.

Then the scene shifts to an attractive woman who brings color to the drab set with her ethnic beauty, her hot pink heels, and her confident voice. “Oh, wait a minute,” she says, “you guys are talking about abortion.”

Then Carafem’s logo appears, and a voice-over announces: “Because there’s no shame in it.” The abortion facility’s tagline boldly appears: “Abortion. Yeah, we do that.”

A recent Washington Post article featured the facility, and reported:

“With its natural wood floors and plush upholstery, Carafem aims to feel more like a spa than a medical clinic. But the slick ads set to go up in Metro stations across the Washington region leave nothing to doubt: “Abortion. Yeah, we do that….”

“We don’t want to talk in hushed tones. We use the A-word.”

But no matter the image, whether glitzy ads, fancy robes, herbal tea, or hardwood floors,  abortion— that thing they brag about doing— is killing a preborn child.

And if a mother falls for the manipulative rhetoric of Carafem, she will only delay the reality of what she has done. No matter how much she pays for a fancy experience, or how normalized the facility makes it seem, in the end, abortion still results in a dead baby.