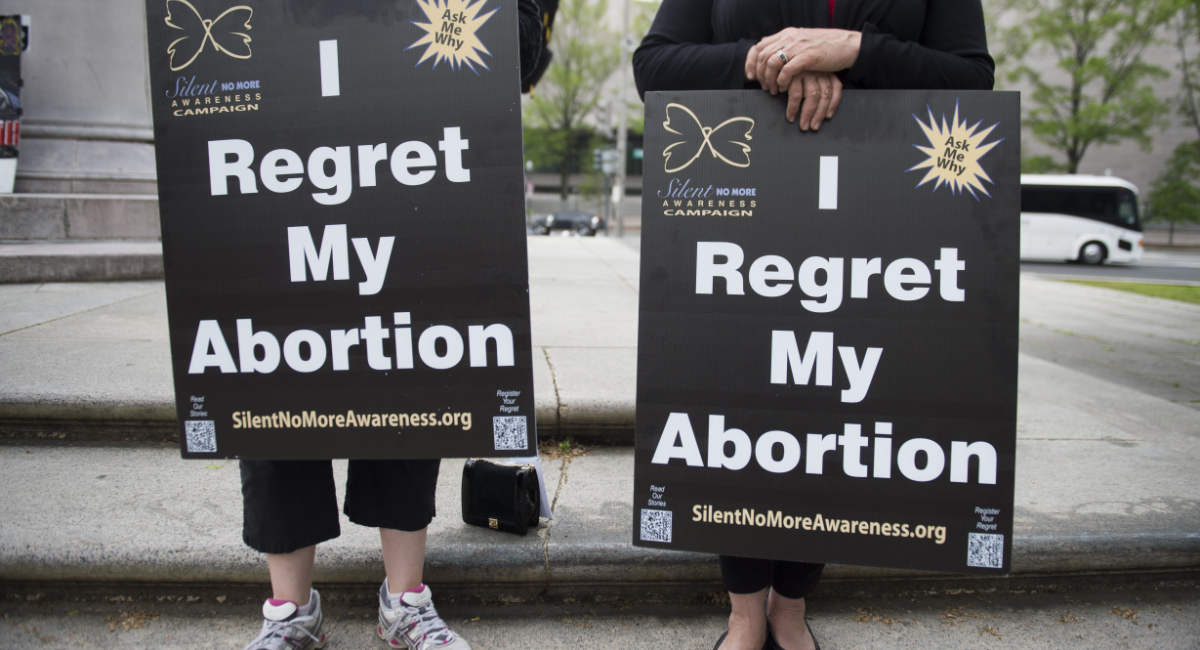 Forty years ago when she was 8-10 weeks pregnant, 19-year-old Terry Ann Adams reluctantly entered Planned Parenthood in New York City for an abortion, led there by her then-boyfriend. What she experienced there changed her life and exposed the darkness of the abortion industry.

Adams’ boyfriend was a rising star in the 1980s rock music scene and she believed that if he went on tour, he would leave her despite his talks of marriage prior to the pregnancy. Like many women, she was pressured into having an abortion she didn’t truly want.

“As I approached the building, my then-boyfriend was practically dragging me there at that point and I was saying out loud, ‘No, I don’t want to do this, I don’t want to go in there,'” Adams told Live Action News. She said she looked around for any pro-lifers who might be present outside of Planned Parenthood, hoping someone was there to help her. Sadly, there weren’t any pro-lifers outside that day. Once inside the facility, she felt “a definite dark feeling” that she says has stayed with her.

“My fears turned to a kind of numbness,” she explained, “as my boyfriend and I observed other even younger appearing teens talking casually about how many abortions they had, and a young woman — whom I wondered if she was with her older boyfriend — just staring blankly ahead.” When the staff called her back, Adams’ boyfriend wasn’t allowed to go with her, but he was still adamant that she have the abortion. Afraid of being a financially-struggling single mom with no support from family, she relented. 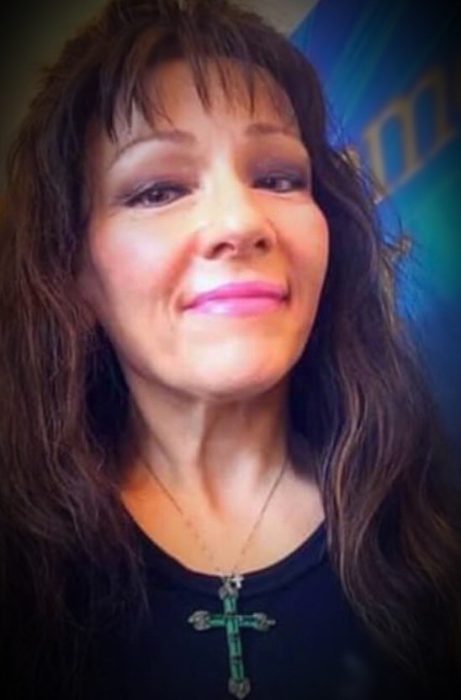 Once in the room, she began to cry and asked for her boyfriend, but the staff refused to get him. She later learned that he heard her crying and tried to get to her, but the abortion facility staff stopped him. The abortionist offered anesthesia that “would feel like getting high on drugs and going to sleep,” so she was unconscious for the abortion.

“If any other licensed medical professional heard me crying and asking me to speak to a support person, or a boyfriend specifically, in any other setting, they would of course let me see them,” she said. “They wouldn’t lie about why I was crying and say that I was fine and just wanted $50 more for anesthesia. They wouldn’t discourage my boyfriend from coming in to see me when he heard me loudly crying. We both were manipulated and deceived by Planned Parenthood so they could earn another buck at my unborn baby’s and my expense.”

After the abortion was over, Adams woke up still crying, cold, and in pain. She was in a large, windowless room with other women recovering from their abortions.

“It was like something out of a horror movie,” she explained. “When it was time for me to leave Planned Parenthood that day they gave me no emergency symptom kind of information, no follow up birth control pills. Any other medical professional place would give post-operative care and even a phone number for help and any questions one might have.” Adams said she felt “like a business transaction, with no life-giving alternative information to abortion, nor counseling options.”

READ: Love Them Both: 7 ways to help someone who has had an abortion

“I was very surprised to find out that I was not the only woman who called Planned Parenthood afterward having confusion and grief right afterward, after all, they gave me no information before nor after about the physical and emotional consequences […] Again — I felt like a business transaction, and kicked to the curb,” she said. “It only worsened my trauma and regret. When I called the local ‘feminist health center’ I used to go to, they only said, ‘Why did you go to such a horrible place like Planned Parenthood of New York City?'”

In the midst of her pain, her boyfriend ended their relationship. The combined trauma caused a sleepless 24 hours after which Adams went to work and was incoherent. Her manager called an ambulance but her parents brought her to a psychiatrist who admitted her to a psychiatric hospital. Once there, she was diagnosed with post-traumatic stress from the abortion and she learned other women had been treated there for the same reason. She felt less alone knowing other women felt the same way, but it made her wonder why abortion was legal in the first place if it caused women such emotional distress. She also realized that going into her abortion, she knew nothing about the procedure or her baby’s development. It’s likely most other women didn’t either.

“I had no idea about the development of my unborn baby nor were alternatives to abortion present to me at Planned Parenthood,” Adams said. “God was chasing after my heart at this point, and worked through a woman who worked in the cafeteria at the psych hospital. This born again Christian woman said, ‘I don’t care about my coworkers saying I could lose my job by telling you this, ignore them, but you wouldn’t be having all these problems if you would give your life to Jesus Christ.'” Adams told the woman, “Please tell me more.”

Turning to God and finding forgiveness

Adams realized she needed to ask God for forgiveness. “God heard my heart wanting Him, responding to His love, and kept sending more Christians across my path after I left the hospital, including a laboratory worker who I went up to sign in to get blood work for the psych meds I was on.”

From there, a lab worker and a friend’s mother also encouraged her to give her life to Christ. After going to a prayer meeting, she accepted Christ and was baptized.

“The hole in my heart left by my choice to have an abortion became larger, it seemed, as I was more aware of the sin that it was, even though I knew Christ forgave me,” she said.

Soon after, she became pregnant again and believed it would help her recover from the loss and regret of the abortion. It didn’t, and her new boyfriend also pressured her to abort. But with the support of her parents, she graduated from a Christian program for unwed mothers, raised her baby, and built a life for herself. Now the mother to three other children, she told Live Action News that she wants other women who are suffering from abortion not to give up.

“There is hope and forgiveness in Christ! This is what motivated me to speak up for women and the unborn, also to seek forgiveness for my sins against my unborn baby’s father and share the Gospel with him in recent times,” she said. “Also now that my three children are adults, to move onto volunteering as I did when I was a young Christian single mom to my eldest child, for life and addict ministries for women.”

A message of hope

Adams wants women who have had abortions to know that there are churches, ministries, and missionaries that are equipped to help them, and they are not alone. “God will forgive you and heal you if you repent of your sins. His people, your new family in Christ, will come alongside you as they did with me, to pray, do Bible study, and help you receive the forgiveness and healing from God He longs to offer you,” she said. “Know your unborn baby is in Heaven now, and once you are born again, God can use you to help other women choose life for their unborn babies, live a life ‘worthy of the call’ with purity, and help other women heal from their abortion choice too.”

She added, “Let’s not let our guard down with continuing to fight to make abortion illegal, and exposing the lies of places like Planned Parenthood, while providing Christ-centered alternatives for pregnant women in distress and supporting them before, during, and after they give birth.”