An abortion trainer claims she does not want her students and residents “caught off guard” when they look at the products of conception (POC), i.e. the remains of aborted babies. Ashley Brant, DO, of Medstar Washington Hospital Center in D.C., trains both residents and medical students in how to commit abortions. Brant is also one of several abortion “experts” contributing to the World Health Organization’s 2018 “Medical Management of Abortion” updated guidelines.

If the name of that hospital sounds familiar, it might be because of its previous involvement in a lawsuit with notorious abortionist Diane J. Horvath-Cosper. Horvath-Cosper alleged that her superiors at Medstar, concerned about the publicity over abortion, told her to tone down her advocacy for abortion rights and decline interview requests on the subject, according to the Washington Post. 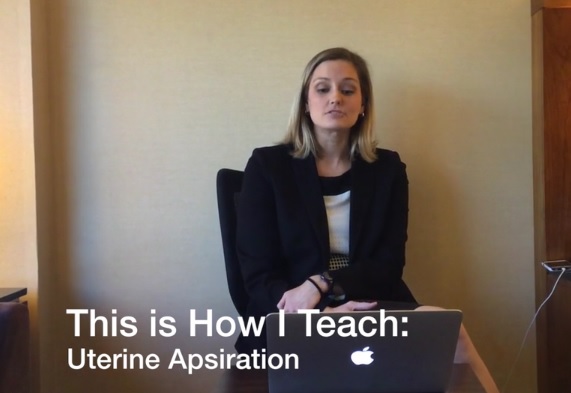 “Often times, this is their very first exposure to abortion care,” Brant says. “I really love working with them this early in their training and careers, because I feel like this is an opportunity to really shape and make their first experience with abortion a positive one.”

In setting her students up for so-called “success,” Brant lays out a list of  rules that she follows when first training medical students to commit abortions.

This is How I Teach: Uterine Aspiration from Innovating Education on Vimeo.

“I generally try to set them up to do a couple of procedures under ten weeks gestation, just to start with. This allows them to focus on getting comfortable with the steps of the procedure and using the manual vacuum aspirator (MVA) a few times so that they can develop that muscle memory and routine and have an easier time down the road when they do these procedures.”

She speaks about how she encourages them to play with the abortion tools like the cannula and the MVA.

2. What to expect with the products of conception.

“I also talk to them about what to expect with the products of conception (POC). I don’t want people to be caught off guard when they do look at the POC after the procedure. So, we go over — will they expect to see identifiable fetal tissue? How big should the gestational sac be?”

“Once we go into the procedure room, I make sure that there is an experienced assistant beside me in the room. I want to be sure that I am available to step in if there’s any difficulty with the procedure. And I want to just focus on giving them tips in the moment if I need to.”

3. Setting up the instruments

“So once they open up the tray, I encourage them to set up the instruments that they are going to be using so that once the speculum is in they are not searching around for the right dilator or the tenaculum or whatnot.”

“From the patient’s perspective, the procedure starts when the speculum is inserted and it is over when the speculum comes out. We really want to make sure that we’re efficient in between those two time points.”

“… Once they think that the uterus is empty and they’ve done their last pass – don’t worry about emptying the MVA canister. Just put everything into the tray, take instruments out of the vagina so the patient knows that the procedure is over.”

5. After procedure (looking at POC)

“After the procedure we look at the products of conception together and I use that as an opportunity to go over what we’re looking at, as well as to provide some immediate feedback after the procedure, and tips for the next procedure that they do.”

Brant does not go into detail at what the so-called POC’s look like; however, Live Action News has detailed this on numerous occasions. In fact, a recent article contained images from a National Abortion Federation document, which you can view here. Be warned — the images are graphic.

A 2018 Tweet indicates she may also be working at a Planned Parenthood in Ohio.

Despite advocating for abortion, in May of 2018, Brant posted this to her Twitter page: “Been quiet lately; was busy growing a human.” Brant later uploading an image of her breastfeeding her infant. 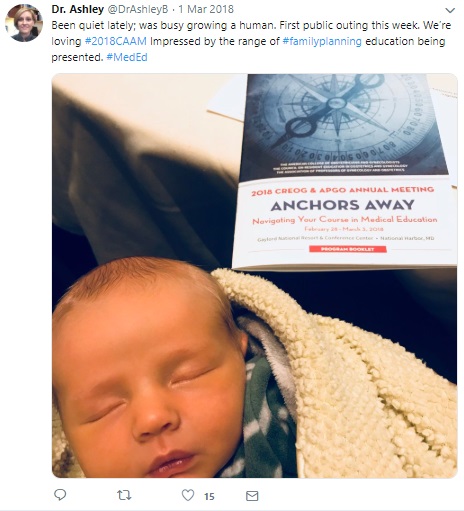 A point apparently lost on Brant, the babies Brant teaches others to destroy are also little, growing humans.