The media has failed to challenge recent studies that claim women suffer no negative effects from abortion, even though these studies were funded by well-known abortion supporters and researched by abortion industry insiders.

“Follow the money” is a phrase often used in investigative journalism, yet that is precisely what the media has failed to do. The most recent study, described by Time as “the largest and most comprehensive study on the matter,” received funding from three major backers of population control and abortion. Published in the journal JAMA Psychiatry and conducted by researchers from the University of California-San Francisco, the study sought to prove that women are “much more emotionally stressed if they are denied an abortion initially than if they received one upon request.”

How very, very ‘coincidental’ that a study claiming women suffer “significantly more anxiety symptoms” if they are denied an abortion happens to come out at a time when a new Congress could potentially vote to defund Planned Parenthood.

A review of those who funded the research, as well as those who authored this and similar studies, sheds light on facts that the media failed to report.

According to JAMA Psychiatry, the most recent 2016 study was funded by:

• The Wallace Alexander Gerbode Foundation, which was mentioned in 2015 by Inside Philanthropy as funding the “next generation of abortion doctors.”
• The David and Lucile Packard Foundation, which states on its website that it seeks “to promote women’s reproductive health and rights and to stabilize population growth.” The Foundation is also a substantial donor to the nation’s largest abortion chain (Planned Parenthood) as well as the National Abortion Federation and NARAL.
• The William and Flora Hewlett Foundation, which also gives millions upon millions of dollars to Planned Parenthood and its affiliates on a regular basis, as well as to the National Abortion Federation and NARAL.

In addition to the funding given by the donors above, the study was also funded by “an anonymous foundation” — something Time apparently failed to inquire about.

Another study, published in 2015 and carried out by researchers from the Bixby Center for Global Reproductive Health at UC San Francisco’s School of Medicine and from the University’s division of biostatistics, attempted to disprove the claim that abortion causes women emotional harm, calling it “inconclusive.” Just like the study published by JAMA Psychiatry, this study was funded by a gift or grants from the Wallace Alexander Gerbode Foundation and the David and Lucile Packard Foundation as well as an “anonymous foundation.”

Three of the six authors of this 2015 study — Katrina Kimport, Sarah C. M. Roberts and Diana G. Foster — were also authors in a 2016 Contraception journal study (more on that later). (Diana G. Foster was also one of four who authored the most recent study, published by JAMA Psychiatry.) These three authors are among faculty and staff of Advancing New Standards in Reproductive Health (ANSIRH), part of UCSF’s Bixby Center for Global Reproductive Health. Time reports that this year’s JAMA Psychiatry study is part of an ongoing trial by ANSIRH called the Turnaway Study. The Turnaway Study’s authors have been involved in other similar studies and some have also been involved with abortion organizations.

ANSIRH’s founder, late abortionist Felicia H. Stewart, is known to have been a physician on staff with more than one Planned Parenthood, and is credited with the introduction of the “Plan B” pill. She also led the effort to allow midwives and nurse practitioners to perform abortions in California and served on the boards of NARAL Pro-Choice America and the National Abortion Federation.

One might conclude that staff at ANSIRH may be slightly skewed in favor of abortion — especially when you realize that ANSIRH publishes workbooks to train new abortion providers. Therefore, half of the 2015 study’s authors seem to have a strong interest in making sure that abortion remains legal and available.

The 2016 Contraception journal study mentioned above (with co-authors Kimport, Roberts, and Foster, again) claimed to show the “level of uncertainty in abortion decision making is comparable to or lower than other health decisions.” In other words, they claim women who have abortions are just as satisfied with their decision as women making choices about other heath-related issues. Naturally, the researchers from the University of California–San Francisco claim the study’s results call into question laws that require things like waiting periods and mandatory counseling prior to abortion. Contraception is the official journal of the Association of Reproductive Health Professionals and the Society of Family Planning. (ARHP was originally founded as The American Association of Planned Parenthood Physicians in 1963 by Planned Parenthood president, Alan Guttmacher, and has gone through multiple name changes.)

Another coincidence: All three of these studies mentioned, which claim abortion isn’t a big deal and women don’t suffer from it, come from UC San Francisco! Or maybe… it’s not such a coincidence.

Why do I struggle to believe this is coincidental? Because pro-abortion billionaire Warren Buffett has funneled major cash into UC San Francisco. Buffett is well known for funding the abortion industry, giving away almost half a billion dollars in recent years, largely to pro-abortion organizations.

According to a report by Mother Jones, Buffet has direct ties to UC San Francisco:

Buffett’s main academic partner (receiving at least $88 million from 2001 to 2014) has been the University of California-San Francisco, a medical research institution with a strong reproductive health infrastructure.

The Bixby Center for Global Reproductive Health at UCSF, which is the home of many of the mentioned studies’ authors, is far from unbiased on the topic of abortion. The Center trains abortion providers though its Ryan Residency Training Program, providing “ob-gyn residents the opportunity to develop clinical and research skills in abortion and contraception,” and claiming to have “doubled the number of programs addressing these critical women’s health issues.”

The Bixby Center prides itself on abortion as a focus and claims that their work has: 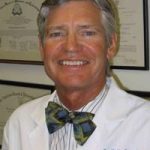 Bixby Center’s director Philip Darney is “considered to be one of the early pioneers of abortion and population control,” according to research published by CalCatholic.

Far from being an independent, non-vested interest academic, Darney has had a “life-long relationship with Planned Parenthood” as a determined activist, advancing a political agenda for population control.

Co-Directors J. Joseph Speidel and Claire Brindis also have ties to population control organizations. Speidel served as chief of the Research Division and acting director of the Office of Population at the US Agency for International Development and directed the population grants program at the William and Flora Hewlett Foundation, while Brindis was formerly on the board of the Guttmacher Institute.

One of Warren Buffet’s domestic operations staffers, Tracy Weitz, used to work at Bixby, but left to become the Buffett Foundation’s director of US programs in 2014. According to a Fox Report, “Weitz has worked at Planned Parenthood, The Bixby Center for Global Reproductive Health, and once defined abortion as ‘a moral action undertaken by moral agents.'”

Why is it that studies funded by those steeped in the abortion industry are never questioned by the media?

In cases where pro-life studies show data that doesn’t jibe with the pro-abortion view, the media is usually quick to attempt to either discredit or bury the information. When the media refuses to question (or even allow questioning of) studies funded and researched by abortion supporters, they are showing that their pro-abortion bias is tainting their journalism.