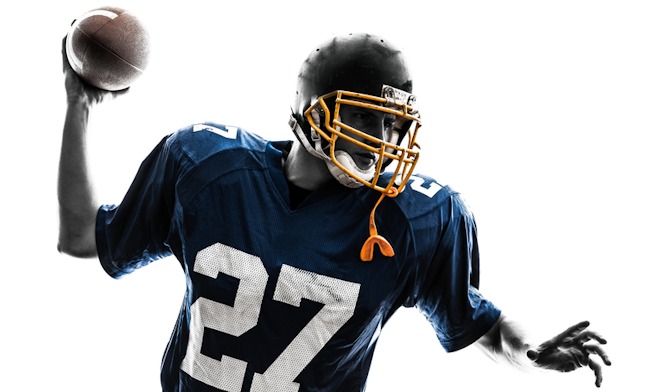 Cystic fibrosis is a condition close to my heart, as my daughter lives with it. CF is a chronic condition that affects the entire body but most specifically the lungs and pancreas. Life expectancy is currently 40 years old. When I learned that, according to a Kaiser Permanente study, at least 87% of those whose unborn children are diagnosed with CF abort their children, I was heartbroken.

Unfortunately, a lack of knowledge about the condition and fear of the unknown are what are creating this tragedy. Abortion is never the answer for any child or parent, but when it comes to CF specifically, a young guy named Matt Mitchell is proving that life is the only answer for those with CF.

Mitchell is a teenage football king at Glendale Joy Christian High School. He’s the quarterback who leads his team to victory and has a dream of playing college football. He’s a junior with some impressive stats. As reported by AZ Central, Mitchell at 5 foot 8 inches and 170 pounds can bench press 285 pounds and has a 31 ½ inch vertical leap. In his first varsity season he threw 24 touchdowns and only had five interceptions. His future is bright. But the one thing that surprises people, is that Mitchell battles off the field every day for his very life because of CF.

Mitchell wakes up each day well before his teammates to consume extra calories, get in a ton of exercise, and do his breathing treatments. He has rarely had to go to the hospital for CF and works hard to ensure that. He has a clear vision for his life and will fight for that no matter what. His coach told AZ Central:

He doesn’t use [CF] as an excuse for anything.

In addition to being the star quarterback, doing his daily treatments, and fitting in workouts, Mitchell has a 4.5 grade point average. He’s healthy. He’s determined, and strong, even stronger than his teammates who aren’t battling a chronic illness. Nothing will stop this guy, not even CF.

“I feel the only time it might slow down for me is when I’m 80,” Mitchell told AZ Central, “I feel like if I stay on top of everything, I can conquer it and live a full life.”

So while the world may think that CF can only mean a life of suffering, Mitchell is proving them wrong without even knowing it. CF isn’t a death sentence and it shouldn’t make parents even consider abortion.