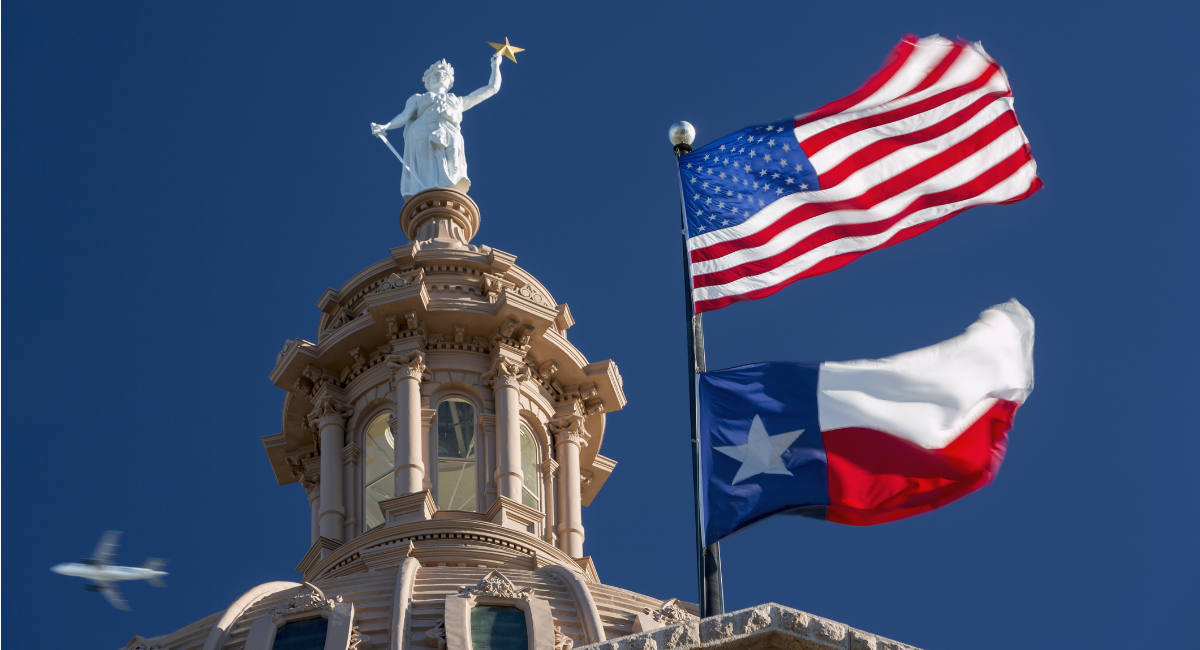 Pro-abortion groups and individuals filed a class action lawsuit Tuesday over a Texas law that restricts elective abortions to the first weeks of pregnancy before an embryonic heartbeat can be detected.

The Texas Heartbeat Bill (Senate Bill 8) is scheduled to take effect on September 1, 2021. At that time, elective abortions after a heartbeat is detectable will be prohibited. The lawsuit could prevent the law from going into effect as planned.

The lawsuit was filed by 10 abortion facilities — including the Center for Reproductive Rights, Whole Woman’s Health, Planned Parenthood of Greater Texas, and Southwestern Women’s Surgery Center — along with five abortionists and pro-abortion religious leaders, and six organizations that fund abortion. They complain that the pro-life law would “force abortion providers and others who are sued to spend massive amounts of time and money to defend themselves in lawsuits across the state in which the deck is heavily stacked against them.” 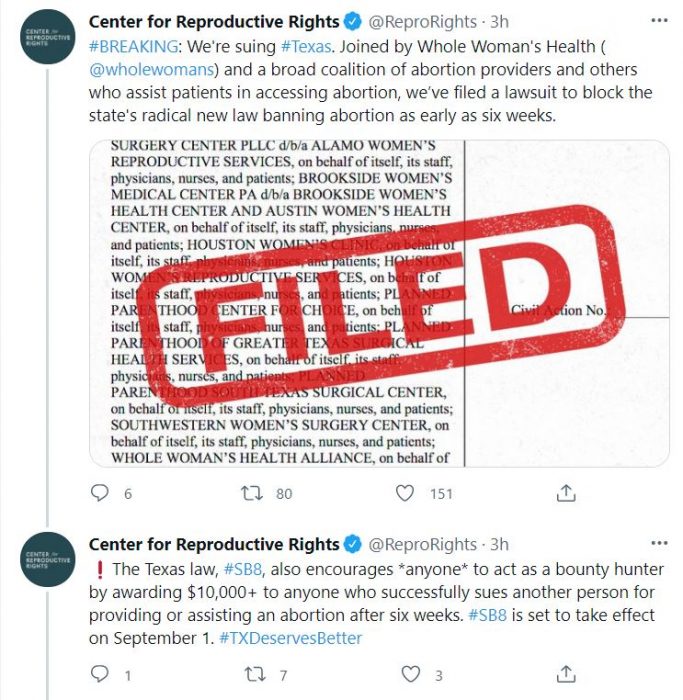 According to an email from Texas Right to Life, the two main complaints from the abortion industry regarding the law are that the “enforcement mechanism of the Texas Heartbeat Act is unprecedented since there is only civil liability,” and that “these suits, which may be brought against both the abortionist as well as anyone who aids or abets in the abortion, will likely lead to the closure of abortion sites and individuals being deterred from assisting in abortions.”

The lawsuit is essentially against individuals whom the abortion groups believe might file a future lawsuit against abortionists based on the Texas Heartbeat Bill. As reported by The Texan, the “unusual lawsuit” was filed “against the Texas Medical Board, the Texas Health and Human Services Commission, the entire Texas court system, and one individual man: Mark Lee Dickson, founder of the ‘Sanctuary Cities for the Unborn Initiative.'”

Dickson, a pastor and the Director of Right to Life East Texas, has been assisting cities throughout the state and nation in becoming Sanctuary Cities for the Unborn. Dickson was listed as a defendant because of comments on Facebook indicating that he is willing to file lawsuits and help other pro-life Texans file lawsuits against the abortion industry if they violate pro-life policies.

Dickson wrote in response to the lawsuit on his Facebook page, “The only thing more ridiculous than this lawsuit is the fact that we have people, right here in Texas, who are fighting to end the lives of innocent unborn children.”

“Does the sound of our heartbeat mean more outside the womb than it did when we were inside our mother’s womb? Are we really any more human than the babies we see on the ultrasound monitors? Texans cannot ignore the facts,” Dickson said in a statement to Live Action News. “We all came from our mother’s womb. Many of us, in bringing our own children into this world, have heard the heartbeat and have seen the 2D, 3D, and 4D ultrasounds. How could we ignore those unmistakable evidences of life? This is, most certainly, a fight worth fighting.”

Texas Right to Life called the lawsuit naming Dickson as a defendant “nothing more than the legal bullying of a grassroots Pro-Life activist who has spearheaded the movement to assist Texas cities pass local Sanctuary City of the Unborn ordinances.”

This lawsuit is… a baseless scare tactic with no legal footing. This predictable filing sues government officials who are already excluded from being involved in the enforcement of this law. It is also a desperate attempt by abortion advocates to intimidate and bully Texan citizens hoping they will be afraid to protect babies with a detectable heartbeat….

Texas Right to Life Legislative Director John Seago said of the suit, “The abortion industry has responded to this innovate law with a far-reaching and distorted lawsuit. We still have the utmost confidence in the innovative legal strategy and carefully drafted nature of SB 8 and we fully believe this Pro-Life Priority will ultimately be upheld and save countless preborn lives.”