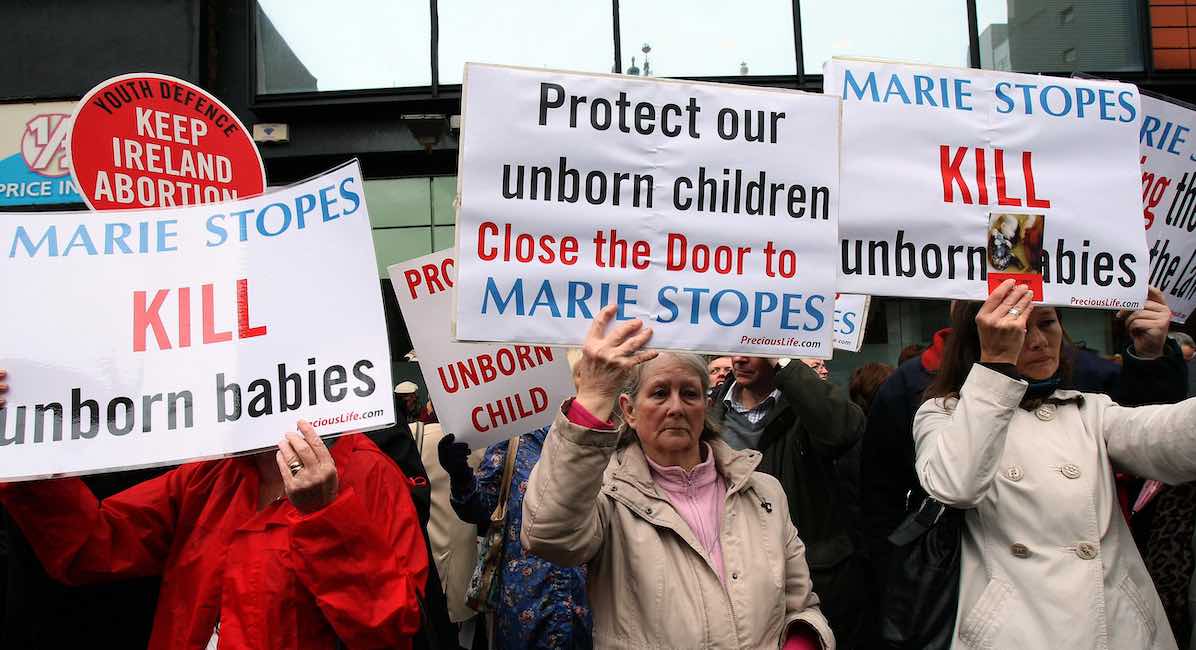 (Right to Life UK) Marie Stopes Australia has admitted that over 5% of medical abortions it provides fail to complete, meaning that 1 in 20 women have fragments of the baby and/or placenta remaining in their uterus following [use of the abortion pill].

These women will then require further treatment to prevent ongoing bleeding and infection, and may require a surgical procedure to remove the retained products of conception (RPOC).

Kevin Duffy said that given around 10,000 women currently undergo at-home abortion each month in England and Wales, Marie Stopes’ Australia’s figures suggest that 500 of these women will need further treatment to complete their abortion. He further highlighted that this is consistent with the findings from a freedom of information investigation in England and Wales, which found 495 women each month were seeking hospital treatment due to RPOC, with 365 of these requiring surgical intervention.

In his report, Kevin Duffy has outlined that the figures provided by Marie Stopes Australia showed a 5% failure rate for medical abortions among women whose pregnancies are at a gestational age not exceeding 9 weeks. Each of these women had first had an ultrasound scan to confirm this. Kevin Duffy said that these statistics may underreport the incident of complication, given that the risk of incomplete abortion increases along with gestational age, and that there is little effective verification of pregnancy state under current UK telemedicine abortion guidelines that permit abortion without an ultrasound scan.

Since ‘DIY’ home abortions were introduced in March 2020 in England and Wales, significant problems have arisen.

According to a leaked “urgent email” sent by a regional chief midwife at NHS England and NHS Improvement on the “escalating risks” of ‘DIY’ home abortions, several women attended Emergency Departments for incidents including significant pain and bleeding, ruptured ectopics, and resuscitation for major haemorrhage. The email leak also revealed that police opened a murder investigation into the death of a baby who they believe was born alive despite her mother taking ‘DIY’ home abortion pills.

A Freedom of Information request submitted by Welsh Assembly member Darren Millar earlier this year revealed that ambulance call-outs to women who had completed a medical abortion at home had doubled since the change in regulations allowing both sets of pills to be taken at home.

There are also increased concerns regarding abortion coercion, given that 7% of British women have been pressured into an abortion by their husband or partner.

On 23 June, the results of the Scottish Government’s consultation on whether to make ‘DIY’ home abortions permanent were published and showed that only 17% of submissions supported making them available permanently in Scotland.

England and Wales also conducted consultations earlier this year, but the results have not yet been released.

This strong public opposition to making ‘DIY’ home abortion permanent is also reflected in polling undertaken by Savanta ComRes that shows the overwhelming majority of the general Scottish public, especially women, are concerned about the safety, quality and legal issues arising from ‘DIY’ home abortion.

Over 600 medical professionals have signed an open letter to the Scottish, Welsh and English Governments calling for an end to ‘at-home’ abortion due to concerns that it has led to a number of abortions occurring over the ten-week limit and that it fails to protect women and girls from being coerced into an abortion against their will.

At all 70 Marie Stopes clinics, inspectors from the Care Quality Commission found evidence of a policy that saw staff utilise a high-pressure sales tactic, calling women who had decided against having an abortion to offer them another appointment.

Another report in 2017 showed that nearly 400 botched abortions were carried out in two months at Marie Stopes clinics. The report also outlined that across another three-month period, 11 women needed emergency transfers hospital after difficulties at facilities run by the abortion provider.

In 2016, Marie Stopes International was forced to suspend abortion services for a month after an unannounced inspection by the CQC found 2,600 safety flaws at Marie Stopes International abortion clinics in the UK including doctors going home and leaving women under sedation to be supervised by nurses and healthcare assistants, fetuses being put in waste bins rather than cremated and staff trying to give a vulnerable, visibly distressed woman an abortion without her consent.

The inspectors also found that almost half of nurses working at the clinics had not been trained to do resuscitation, safety incidents including medical blunders and equipment failures had increased by a third in a year and doctors were signing off up to 60 consent forms at a time when they were meant to be making a thorough assessment. One doctor filled in up to 26 consent forms in two minutes.

A spokesperson for Right To Life UK, Catherine Robinson, said: “There are so many obvious and serious problems that arise from ‘DIY’ home abortions outside of a clinical setting, the latest being that complication rates are likely to be seriously obscured”.

“These figures reveal that there is something seriously wrong with the safety standards of at-home abortion whether it be in England and Wales or Australia”.

“All abortion is lethal for unborn babies but once again, those who are pushing for ‘DIY’ abortion to become a permanent feature of the law are doing so with full knowledge of the dangers that it poses to women. Contrary to their rhetoric, abortion providers such as MSI Reproductive Choices are now showing little concern or care for women – they appear to instead be more concerned with expanding abortion access regardless of the effect this has on women’s health”.