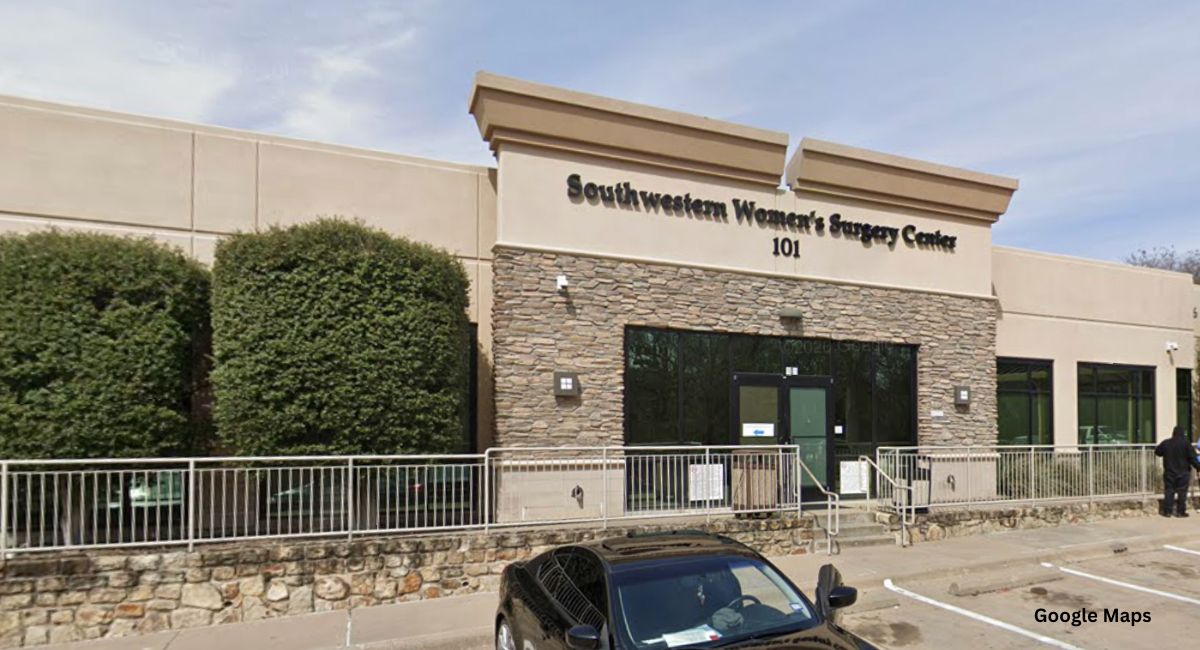 The building that houses the grisly late-term abortion facility, Southwestern Women’s Surgery Center in Dallas, owned and operated by abortionist Curtis Boyd appears to have been put up for sale. In addition, Live Action News has discovered that multiple abortion clinic buildings are popping up on commercial real-estate websites just months after the overturning of Roe v. Wade by the Supreme Court.

Southwestern Women’s Surgery Center, located at 8616 Greenville Ave. in Dallas, Texas, is owned by late-term abortionist Curtis Wayne Boyd, who helped to found the National Abortion Federation (NAF). Boyd once admitted to KVUE in Dallas, “I am killing.” He also operates the Southwest Women’s Options (SWO) late abortion facility in Albuquerque, New Mexico where he advertises ending the lives of preborn babies up to 32 weeks and even later, on a “case by case basis.”

Boyd, who admits to committing abortions on preborn babies of all ages, has also admitted to aborting 10,000 preborn babies illegally prior to Roe v. Wade. His Dallas abortion clinic was formerly called the Fairmount Center and was founded in 1973. 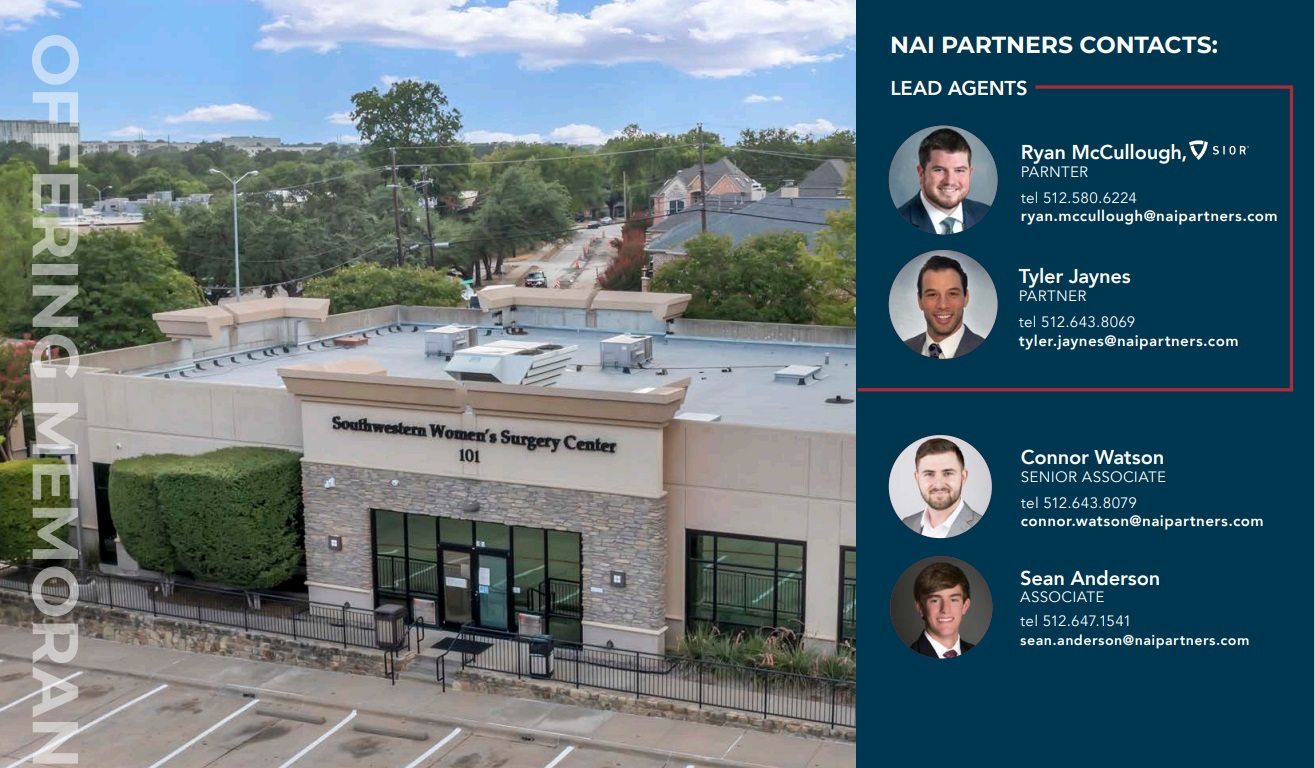 The potential sale of the Dallas abortion building for over $5.7 million is being handled by real-estate agents Ryan McCullough and Tyler Jaynes with NAI Partners, who did not disclose on the Loopnet.com listing that this building housed a late-term abortion clinic.

“Maybe Curtis Boyd is selling his clinic to open a new clinic, or to fortify his existing clinic, or retire to his farm in Athens, Texas which will soon be a sanctuary city for the unborn,” Abortion on Trial Senior Counsel Mike Seibel told Live Action News upon hearing of the potential sale. Seibel has claimed that Boyd has committed hundreds of thousands of abortions at his facilities. Seibel and his team assisted the family of Keisha Atkins (an SWO abortion patient) in filing a lawsuit after she underwent a 24-week abortion at Boyd’s facility and died as a result.

The clinic was once operated by the notorious Douglas Karpen, nick-named the “The Gosnell of Texas” after whistleblowers alleged that illegal late-term abortions were taking place at his facility. Despite their testimony and gruesome photo evidence, Karpen was never charged with a crime. 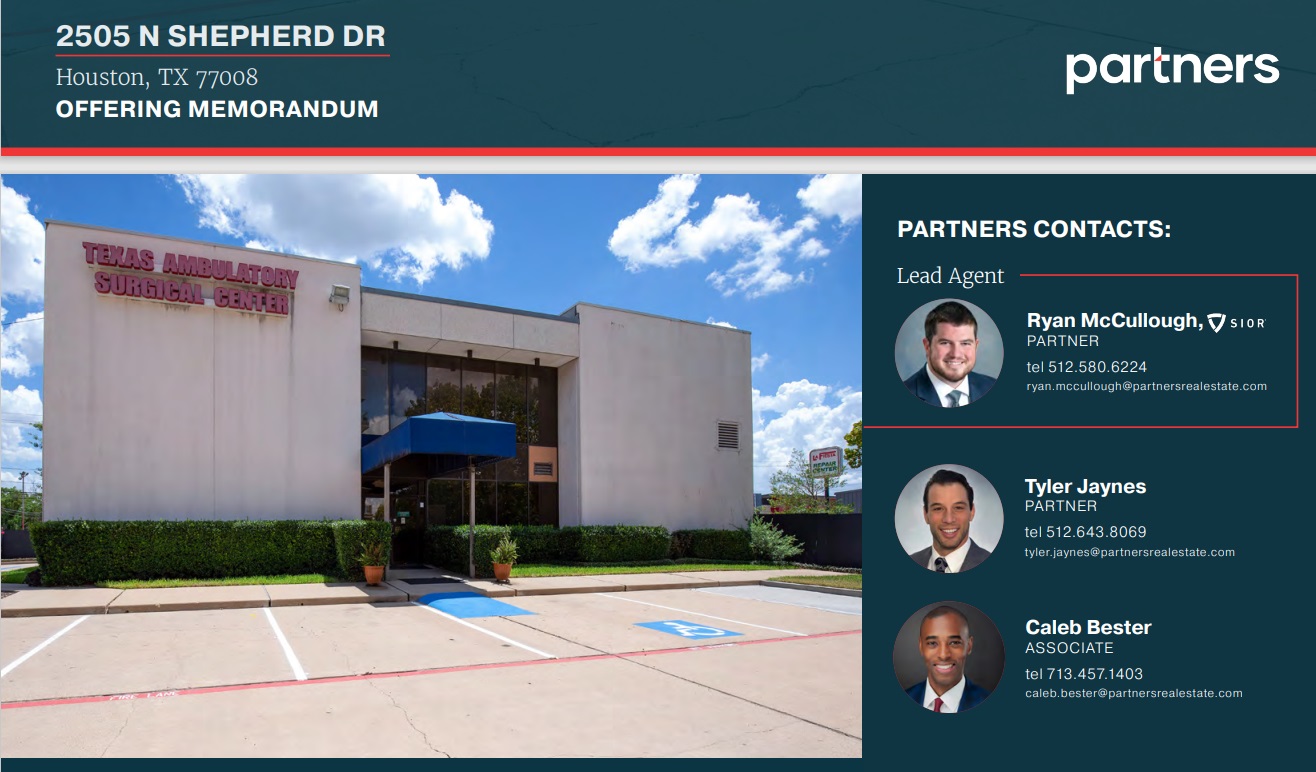 The building that housed Alamo Women’s Clinic, located at 7402 John Smith in San Antonio, Texas is showing on Loopnet.com to be under contract with an original asking price of $4.9 million. The abortion facility is operated by abortionist Alan Richard Braid. The clinic’s website currently states that it has relocated and is now open and operating in both Illinois and New Mexico.

The Building that housed Tulsa Women’s Clinic located at 6136 East 32nd Place, Tulsa, OK, appears to be under contract, according to Loopnet.com. The $420,000 property is being handled by Adwon Properties.

A for-sale sign also sits on the abortion building of Hope Medical Group for Women, located at 210 Kings Highway in Shreveport, Louisiana, according to WWNO.org. Despite committing abortions on innocent preborn babies, the media outlet article title read: “Obituary: The Hope abortion clinic in Louisiana, 1980-2022.”

The clinic’s website states that it is “relocating to a place that will allow us to continue to see the women of Louisiana” but does not specify where that will be. The staff has set up a GoFundMe page for donations. The Walker-Alley and Associates listing on commercialexchange.com shows the property is selling for $640,000. 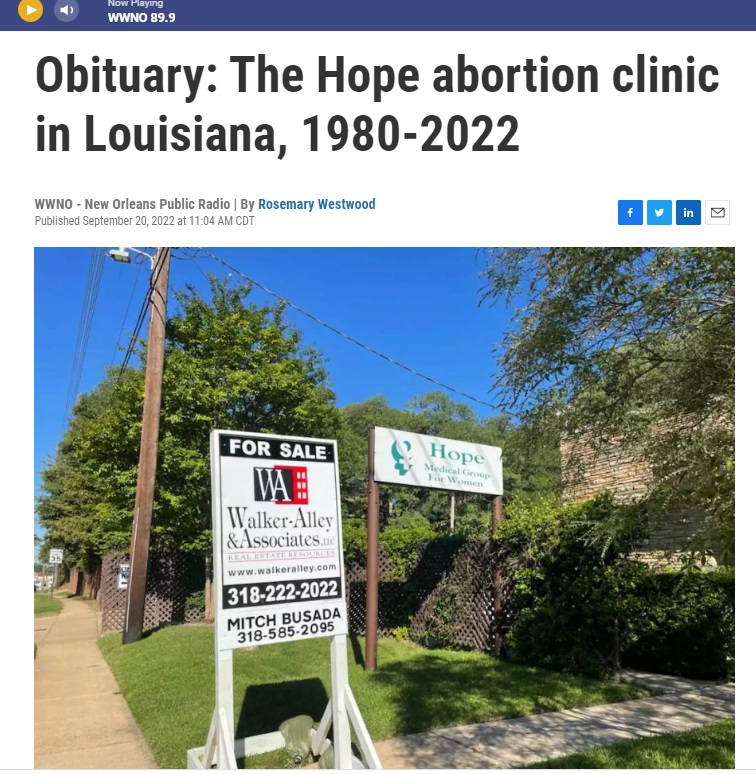 Since the Dobbs v. Jackson Women’s Health Organization Supreme Court decision enabled states to pass laws to protect preborn children from abortion at any stage of pregnancy, abortion clinics in multiple states have begun crowdsourcing to raise funds to relocate to states which continue to allow abortion. Still, despite the moves, it is likely that the lives of many babies will be spared as abortion clinic buildings become vacant.