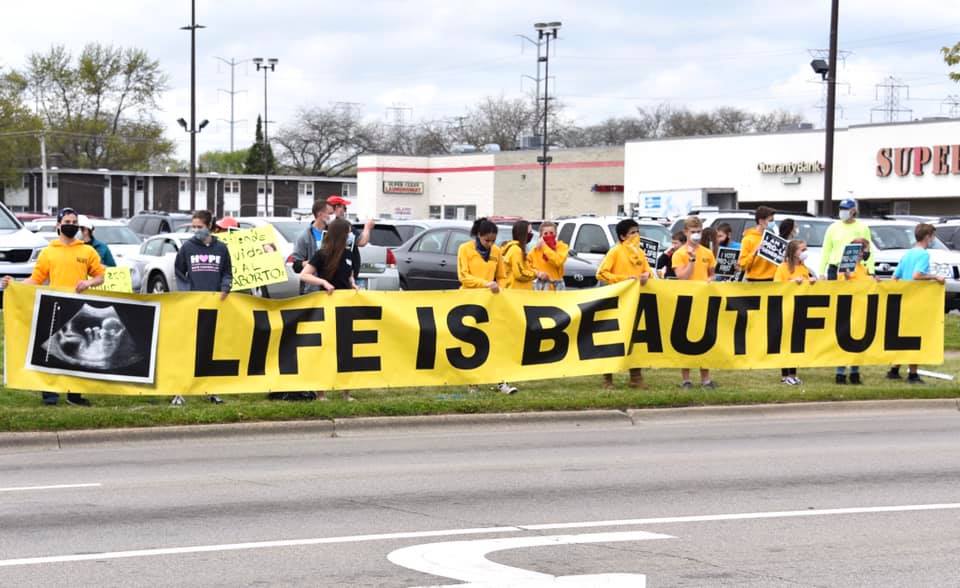 Last week, hundreds of pro-lifers protested the opening of a new abortion business in Waukegan, Illinois. Numerous pro-life groups participated in the protest, but unfortunately, yet another instance of pro-abortion violence took place during the event. Multiple people reported being egged by abortion activists, during several different attacks.

In a press release, Students for Life of America said those victimized by the abortion activists included students, who were doing nothing more than peacefully praying. According to the release, two groups of pro-abortion activists egged pro-lifers in separate attacks.

“The violence and vandalism against pro-lifers must stop,” Kristan Hawkins, president of Students for Life of America, said in the release. “In the past several weeks, we have been targeted by violent pro-choice individuals who hate the idea that pro-life people even exist. We are asking the Waukegan police department to hold the pro-choice attackers accountable for their actions.”

Those attacked included pro-lifers from Students for Life, the Pro-Life Action League, Crusaders for Life, College of Lake County Students for Life, Young Americans for Freedom (YAF), and others. Shawna Weber, vice chairman of the College of Lake County YAF chapter, described the attack for the YAF website. “I turned around from holding my sign to talk to some counter-protestors when I felt something hit my right side,” she said. “A silver car drove by and I knew at that moment that we had been attacked. I looked on the ground to see what it was and I saw an egg on the ground. About 7 minutes later, that same car came back around and threw more eggs at us, some hitting my shoe and the sign I was holding.”

According to reports, a priest was another of the people egged in the attack. Other students were allegedly hit while they were kneeling in prayer.

Sarah Minnich, the Illinois/Iowa Regional Coordinator for Students for Life, told Students for Life of America that the attack failed to dampen the spirits of the pro-lifers in attendance. “This violence against pro-life activists who take a stand for innocent human life is unfortunately not uncommon,” she said. “Most striking, however, is the perseverance and joy of the students involved. Pro-life students are told not to return the anger and violence of pro-abortion activists that react to the pro-life message. These student leaders embody the beauty of life by praying for the perpetrators and continuing to stand up for life.”

The Planned Parenthood facility the pro-life groups protested opened just weeks ago, after being constructed in secret in the midst of the COVID-19 pandemic. The location was specifically chosen because it is easily accessible across six Illinois counties.