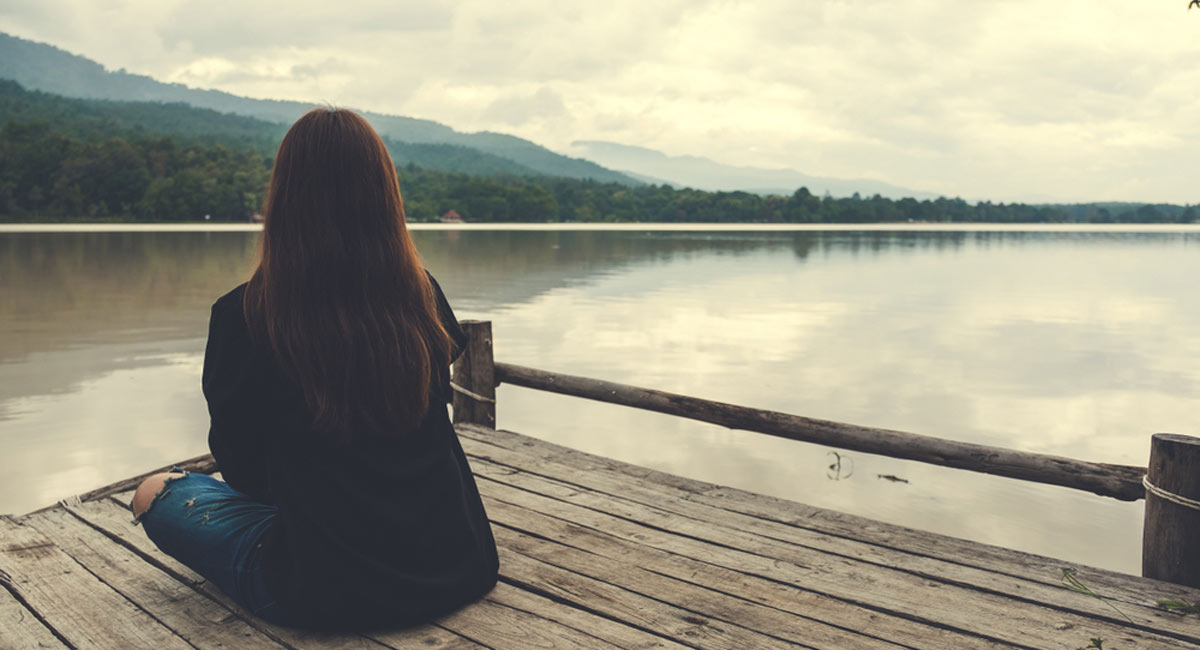 It may seem like an unspeakable choice, but Christine’s story shows how easily women can end up feeling like abortion is their only option. At the age of 34, Christine was married, had an eight-year-old son, and did not want any more children. When she discovered her unplanned pregnancy, shock consumed her. Her life was already full as a second-grade teacher, a wife, and a mother. She was also halfway through a master’s program and working at an after-school program. A baby simply didn’t fit seem to fit into this scenario.

“My period was a few days late, so I bought a pregnancy test. I took it on a Friday after work because I had a feeling I was pregnant. I couldn’t wait any longer. The test was positive,” Christine explained to Live Action News. She immediately called her husband, who rushed home. Christine cried as they discussed the options available to them. “I brought up my faith — how abortion was wrong, but I didn’t have a strong enough faith to see that I could handle this pregnancy,” she said.

Christine never allowed herself to view the pregnancy in a positive way. She never touched her stomach or imagined what her baby was like. “My husband didn’t want another child and neither did I,” she recalled. “We selfishly looked at this as an inconvenience, and thought about all the negative ways our lives would change.” Her husband ultimately left the decision up to Christine, promising to support whatever choice she made.

Christine called a Planned Parenthood in Pennsylvania the very next day to schedule an appointment for an abortion. She had discovered the pregnancy very early. “In my mind, if I got the abortion early enough then it was still a clump of cells and not a baby,” she said.

The appointment at Planned Parenthood was scheduled for several weeks later, when Christine was around seven or eight weeks gestation. The receptionist explained that a doctor would call Christine at a specific time the week prior to the appointment to review options and procedures. She was forced to take a half day off of work because the doctor would call at 10am and she could not move forward with the procedure if she missed that specific call.

During the weeks leading up to the abortion, Christine acted as if she wasn’t pregnant. She still had wine and too much caffeine. She purposely never thought about the baby growing within her. She was in a dark place, feeling indifferent, numb, and emotionless.

“I am embarrassed to say that I would pray for God to just take my baby to be with him by miscarriage so I wouldn’t have to go through with the abortion,” she said. “I was angry at God for allowing me to get pregnant when He knew I didn’t want any more children.”

When Planned Parenthood called, Christine learned that several other women were on the call as well. The doctor shared some obligatory information about adoption, parenting, and abortion with all of the women. Then each was asked for her verbal acknowledgement that she received the counseling and understood the options and procedures. By dismissing privacy and combining multiple consultations into a single session, the abortionist was able to minimize effort and maximize profits.

On Tuesday, October 8, 2019, Christine’s husband drove her to the abortion facility, which was two hours away from their home. After checking in, she was taken into a back room, leaving her husband in the lobby. She confirmed that she was not being forced to have an abortion, and then her husband was allowed to join her. “The next thing I remember is being on an exam table, having a vaginal ultrasound to check the age of the baby and to check the heartbeat. I was asked if I wanted to see the ultrasound, but I knew if I saw my baby and its heartbeat, I wouldn’t go through with the procedure,” Christine explained.

“I was told that they would put something on my cervix to dilate it and that I may feel some warmth,” she said of starting the procedure. But what Christine endured seemed like much more. “I experienced such incredible pain during the entire abortion,” she recounted. “My ears were ringing so loudly it hurt. I had pain coursing through my whole body, and I wanted to puke. I believe this is when my soul died because I had just done the unimaginable to my baby.”

Even though he held her hand through the entire process, Christine and her husband never discussed the abortion after that day. They both acted as if nothing happened. She recalled, “I pushed any feelings deep down, so I didn’t have to deal with them.”

In January 2020, Christine began experiencing some unwanted and unfamiliar emotions. “I was depressed and trying to deal with my emotions with food,” she said. “I gained weight and stopped doing many of my usual routines. I was withdrawn from family and friends.”

She began seeking out resources to help, but living in a rural area, there weren’t many options available. So instead, she began searching for books to read. She found “Cradle My Heart: Finding God’s Love After Abortion” by Kim Ketola. While reading this book, Christine said, “I started praying, and asking God for forgiveness. Through prayer, I knew God had forgiven me, but I hadn’t forgiven myself. I still felt lost, guilty and shameful.”

Almost a year later, in December, Christine came across another book called “I Had a Secret for Seventeen Years.” “I read it and felt like I connected with someone finally,” she said. Thankfully, there was web address for the ministry at the end of the book. I had finally found help.”

It took Christine months to find the courage to sign up for a Bible study, but doing so in the spring of 2021 changed her life. “Through this Bible study, I was able to accept God’s forgiveness and begin healing,” Christine explained. She was able to talk with her husband, and has since been open about her healing journey and able to share her emotions with him.

“During the Bible study, I felt a weight lifted off of me,” she said. “I still have a journey ahead of me on my road of healing and building a relationship with God, but I finally feel like I have a strong foundation to do that.” She has participated in additional Bible studies with Not Forgotten Ministries as well as therapy, as she continues to heal.

When asked what she would say to someone faced with an unplanned pregnancy, Christine said that abortion is not the easy way out it seems to be. “I thought having an abortion would save me from going through the difficulties of raising a child, but I have more pain and suffering now than I even thought imaginable,” she said. “Abortion is the end of life; not just for the baby, but for the mother as well.”

For those who have already chosen abortion, Christine hopes they know it’s possible to heal one day. “Abortion is now forever a part of my life and my story,” she said, adding, “A story that I never wanted to have, but it is through the grace of God that I have been forgiven and redeemed.”