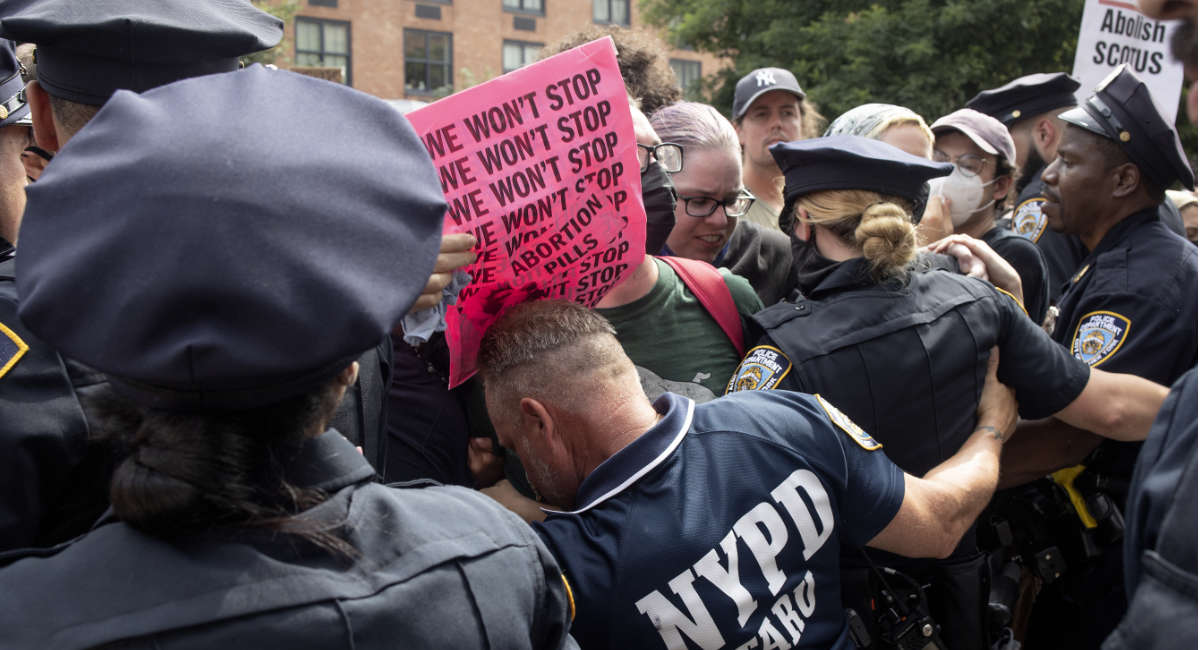 The pro-abortion book, “New Handbook for a Post-Roe America,” authored by abortion activist Robin Marty, was the number one bestseller on Amazon in the category “Abortion & Birth Control” at the time of the writing of this article. The book, published in 2019 and re-released in 2021, was written in anticipation of Roe v. Wade being overturned. 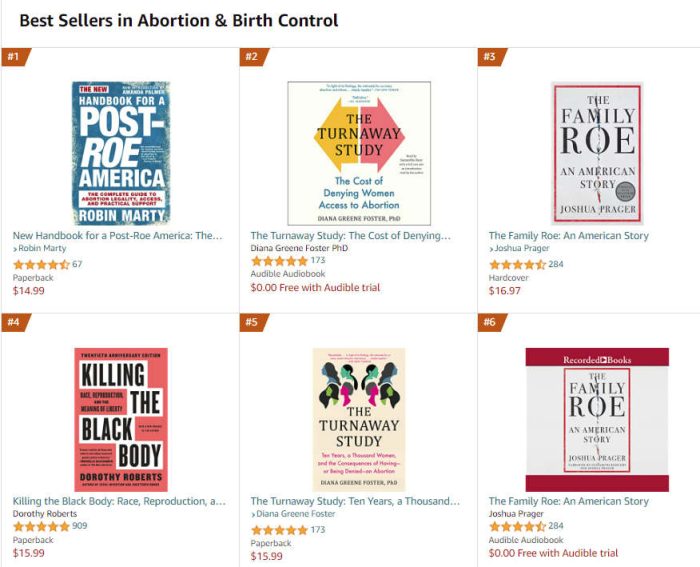 What is perhaps most disturbing is that the book encourages pro-abortion activists to commit crimes — and gives them advice on how to do so without being caught.

In the book, Marty says, “[W]e should be thinking now about how we will defy the government in the event that Roe vs. Wade is overturned, and states are allowed to fully ban abortion.”

Some of the illegal activities Marty suggests are committing surgical abortions without any medical training, distributing abortion pills, and driving minors across state lines for abortions without their parents’ knowledge or consent.

First, she gives suggestions as to who she believes will be most likely to get away with committing crimes:

When it comes to potentially illegal activities … the best candidate to take these risks will likely be white, more specifically white clergy, middle-aged or retired white women, or, in small communities, active churchgoers. It should be the people most stereotypically likely to inspire trust in and tamp down the suspicion of those who might later investigate them.

And it should also be the people the police are most likely to overlook, and the ones who will make the most sympathetic public cases in the media if they were discovered and arrested.

Marty feels that older, white female clergy members, if arrested, will present better optics for the pro-abortion cause. These people, she thinks, will be more easily painted as martyrs and will gain the most sympathy from the public.

Later in the same passage, Marty gives lawbreakers advice on how not to get caught by police when transporting abortion pills:

For example, if a person were to travel with non-prescribed pharmaceuticals in their possession, they would be advised to be abundantly careful about any other laws they could be breaking that could cause the car or the person to be searched.

That means knowing the state laws, such as whether marijuana possession is a crime, if it is illegal to talk on a cell phone when driving, even seatbelt laws. It would also be important to ensure that they don’t speed, that there is no vehicular defect (like a broken taillights) that could cause a cop to pull them over, and that they obey all traffic lights and signs.

Although Marty doesn’t actually advocate violence or computer hacking, she promotes the message that there’s nothing wrong with committing crimes if it furthers the pro-abortion cause. Indirectly, this mindset contributes to the attitude so many pro-abortion activists have — that the law doesn’t apply to them — making violence and computer hacking more acceptable.

It is undeniable that, over the years, some anti-abortion activists have committed crimes, and acts of violence have been widely condemned by all mainstream pro-life groups. Civil disobedience has been used by pro-lifers, as well as peace activists and civil rights activists, and remains controversial. Even in these cases, however, activists accept the consequences, often going to jail.

What Marty is advocating is widespread, sustained criminal activity, done covertly – basically, ignoring any and all laws she and others don’t like.

Pro-lifers, police, and prosecutors must be aware that pro-abortion activists don’t intend to follow the law and see nothing wrong with engaging in criminal activities. This book, and its widespread popularity, make that plain.

Editor’s Note, 7/8/22: This article has been updated to reflect that as of the publication of this article, Robin Marty’s book now sits in the number two slot of the category referred to on Amazon.