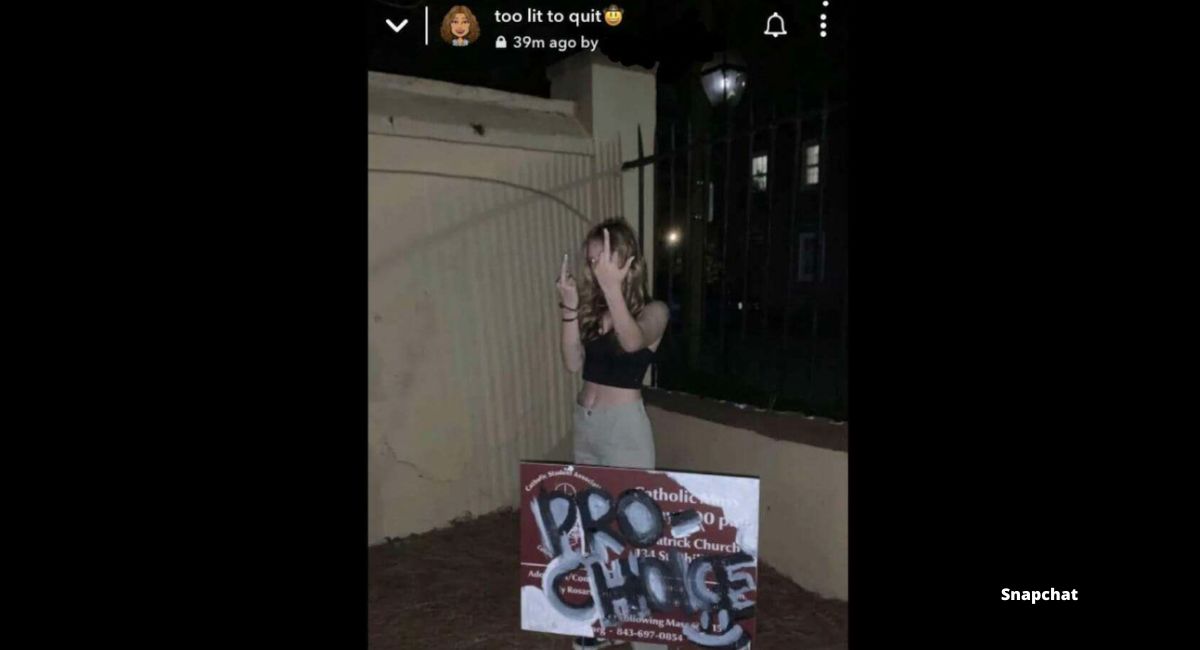 Aidan Morley, the founder of the Students for Life of America group at the College of Charleston and president of the campus Catholic Students Association, has said that a group of abortion activists went to his home in the middle of the night recently in an attempt to intimidate him.

Morley detailed the incident in a blog post, saying that it occurred after he placed a sign reading, “I am the Pro-life Generation” in his bedroom window. “I had put the sign in my window because a neighbor across the way from me had plastered various pro-abortion signs in her window, and I wanted to represent the pro-life movement on campus—so I put up a singular sign,” he said. “However, my one light-blue sign, which proclaimed my part in the Pro-Life Generation, angered several different pro-abortion female students. They went on a mission to find out whose room it was that held the pro-life sign, and they eventually discovered it was mine.”

Morley explained that several young women had previously stolen one of his organization’s signs, defacing it with pro-abortion graffiti. They then used that sign to attempt to intimidate him. He wrote, “Around 2 a.m. on April 9, when I was asleep inside my room, the girls stood outside my house with the vandalized sign. They stuck it into the yard and filmed insulting Snapchat videos and pictures, flipping me off and rolling around in the grass. They took the sign and left when they were finished with the vandalism as they didn’t want to get caught.”

Morley was able to see the whole incident the next day on Snapchat. “[My friend] couldn’t believe how creepy it was, and I was right there with him—hanging out in a threatening manner in front of someone’s house at night is pretty low (but that’s the abortion lobby for you). ”

Morley said that he filed a report with the Dean of Students, but the only action taken was to give him $10 to replace the sign. Despite this disappointing outcome, he says he will not be swayed from his pro-life mission. “No matter what stones abortion supporters throw at me (or how many times they try to intimidate me), the Pro-Life Generation at the College of Charleston will not waver as we push forward to an abortion-free America. ”

While this incident occurred in April, prior to the leaked Supreme Court draft opinion indicating the court will likely overturn Roe v. Wade, it coincides with an increase in violence and vandalism from the pro-abortion movement. Groups are firebombing pregnancy resource centers and pro-life offices, disrupting church services, and inciting violence online, often with the slogan “If abortion isn’t safe, neither are you.” Live Action News is tracking a state-by-state list of attacks here.