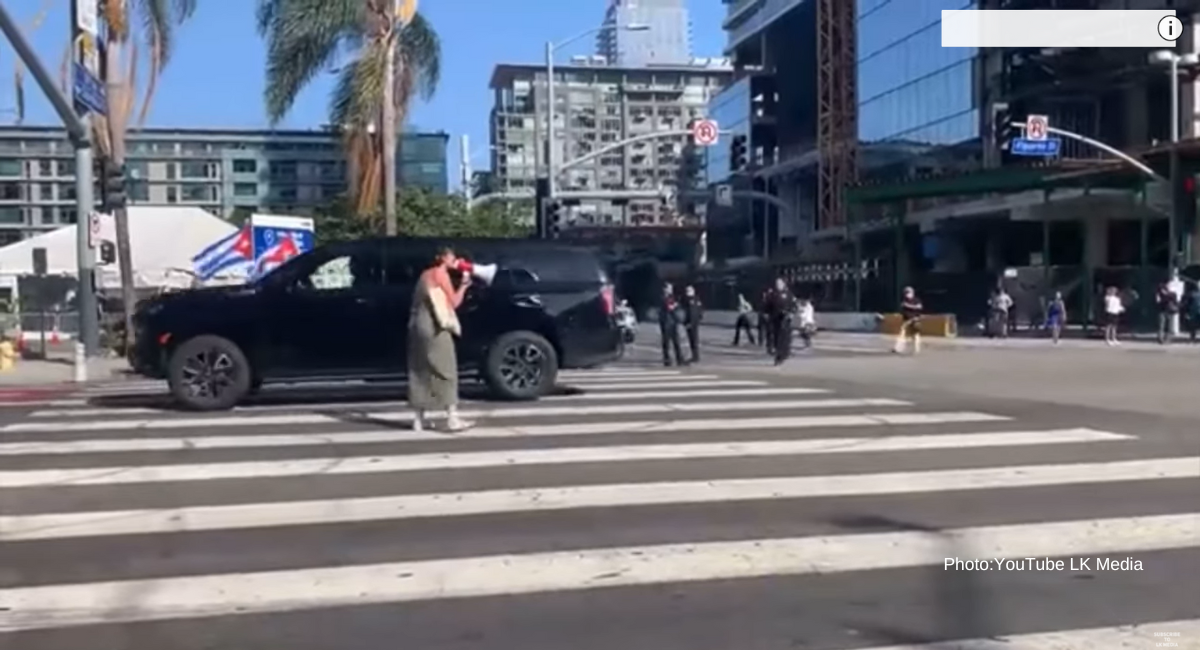 An abortion activist was tackled by Secret Service after she tried to chase down President Biden’s presidential motorcade last week.

The motorcade was passing through Los Angeles when a woman began to chase it down while shouting pro-abortion slogans through a megaphone. The street had been blocked off, but she chased after the motorcade anyway. A Secret Service agent quickly caught up with her and dragged her away; when she resisted, he tackled her to the ground and an altercation began.

As she was thrown to the ground, she continued to shout for abortion. “An abortion ban will not stop abortions – only safe ones,” she screamed.

In a statement, Secret Service Communications Chief Anthony Guglielmi said they were still investigating. “Shortly after 5 pm, an adult female entered a restricted roadway along a motorcade route on Chick Hearn Ct in Los Angeles,” he said. “As the woman approached passing vehicles, a United States Secret Service agent swiftly removed her from the roadway and placed her into custody. There was no impact to the motorcade movement or our protectees. Our investigation into this incident is ongoing.”

Abortion activists have been frantic over the future of abortion since a leaked Supreme Court draft opinion showing that Roe v. Wade would be overturned. But the angry near-attack on Biden is odd, considering he is an ardent supporter of abortion and has recently spoken of his plan to potentially use executive orders to keep abortion legal across all 50 states, if Roe is overturned.

Biden was in Los Angeles for an appearance on Jimmy Kimmel Live, where he stated his often-repeated belief that Roe must be codified into law, something pro-abortion politicians have been attempting — and failing — to do in recent years. “I think if the court overrules Roe v. Wade, and does what its draft… well, if that occurs, I think we have to legislate it,” he said. “We have to make sure we pass legislation making it a law, that is, the federal government says this is how it works.”

READ: Pro-lifers mobbed during ‘Witness for Life’ procession in NYC

He further made statements that could be deemed as threatening, saying, “It’s clear that, if, in fact, the decision comes down the way it does, and these states impose the limitations they’re talking about, it’s going to cause a mini-revolution and they’re going to vote all these folks out of office.”

This “revolution” language has become typical of abortion activists, who have threatened “revolution” and “revenge,” as well as a “summer of rage” over the potential fall of Roe. Pro-life offices, pregnancy centers, and churches have been firebombed and vandalized. An assassination attempt was made against Supreme Court Justice Brett Kavanaugh, specifically due to the leaked Roe opinion. The attempted assassination took place after the pro-abortion group Ruth Sent Us doxxed the pro-life justices on the Supreme Court and posted their addresses on the internet.