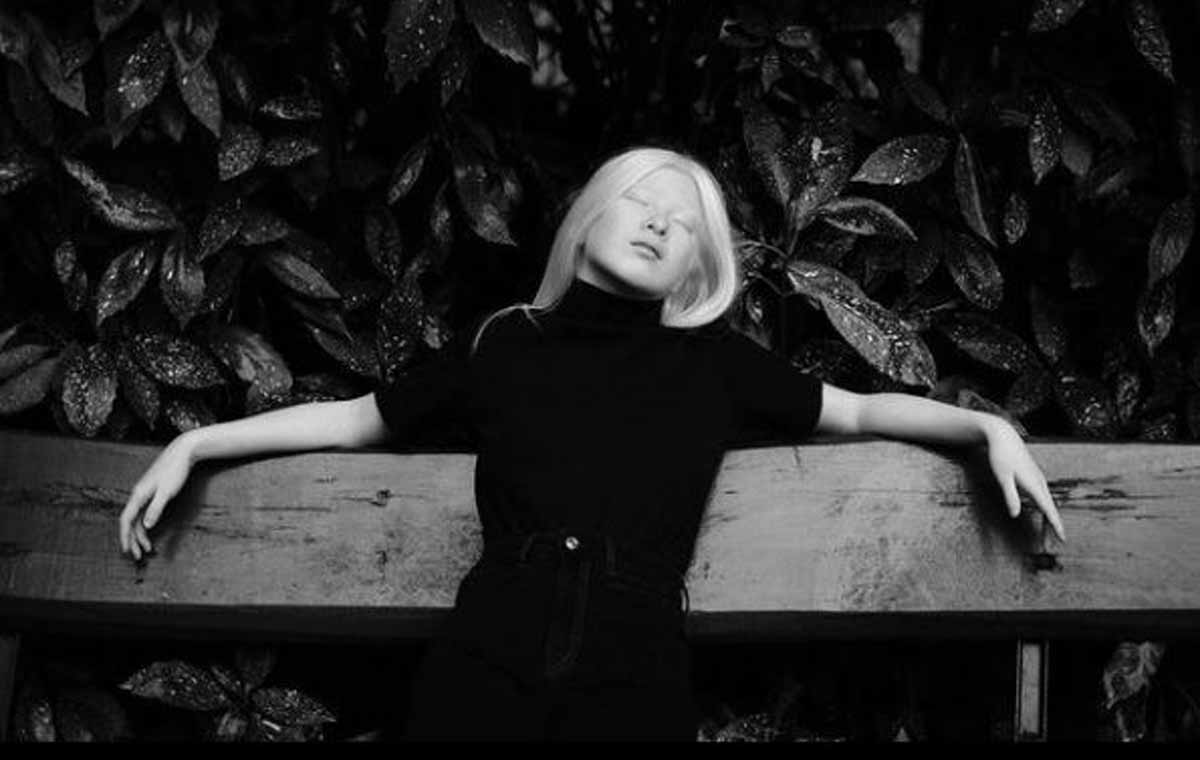 When Xueli Abbing was born, her parents learned she had albinism, an inherited condition in which there is little to no production of the pigment melanin, and which includes visual impairments. Instead of embracing their child, her parents abandoned her in front of an orphanage in China. Today, she is a 16-year-old model for top designers, and she’s using her voice to advocate for children with disabilities.

The staff at the orphanage named her Xue Li, and she explained to BBC News that Xue means “snow” and Li means “beautiful.” Adopted at age three, she moved to the Netherlands with her mother and sister. Her mother did not change Xueli’s name, because she thought it was “perfect,” and felt it was important for her to keep her Chinese roots.

In China, albinism is seen as a curse, and with the One-Child policy in place, her parents were considered “extremely unlucky” to have had a child with the condition. They left no information with Xueli, and she doesn’t know what her actual birthday is. Still, Xueli considers herself “lucky.” 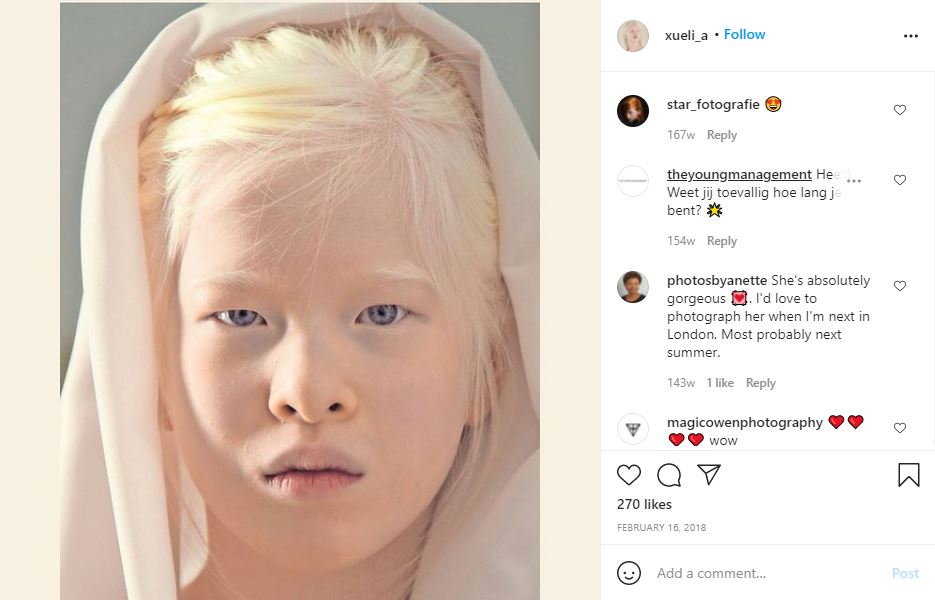 “Some children, like me, were abandoned,” she explained. “Others were locked away or if they did go to school their hair was painted black.”

READ: First Black Miss Nevada Elizabeth Muto was abandoned at an airport as a newborn

She also warned that others with albinism suffer a far worse fate. “[I]n some countries in Africa, they are hunted, their limbs may be cut off or they are killed,” she continued. “Witch doctors use their bones to make medicines as people believe these can cure diseases but of course this is not true, these beliefs are myths. I’m lucky I was only abandoned.”

Xueli said she “fell into modeling by chance” at the age of 11. Her mother knew a designer who has a son with a cleft lip, and was creating fancy clothes for him so that people might stop staring at his mouth. The clothing campaign was “perfect imperfections,” and the designer asked if Xueli would like to participate. She said yes, and her career blossomed from there.

“After that, I was invited on a couple of photo shoots and one of them was for Brock Elbank at his studio in London,” Xueli said. “He published my portrait on Instagram. Zebedee Talent modeling agency got in touch and asked if I wanted to join them in their mission to get people with disabilities represented in the fashion industry.”

In June 2019, one of Elbank’s photos of Xueli appeared in Vogue Italia. She is using her new platform to raise awareness about albinism, and the beauty of every single person with a disability or health condition.

“Models with albinism often get stereotyped in shoots to depict angels or ghosts and it makes me sad,” she said. “Especially because it perpetuates those beliefs that endanger the lives of children with albinism in countries such as Tanzania and Malawi[…] I’m not going to accept that children are being murdered because of their albinism. I want to change the world.”