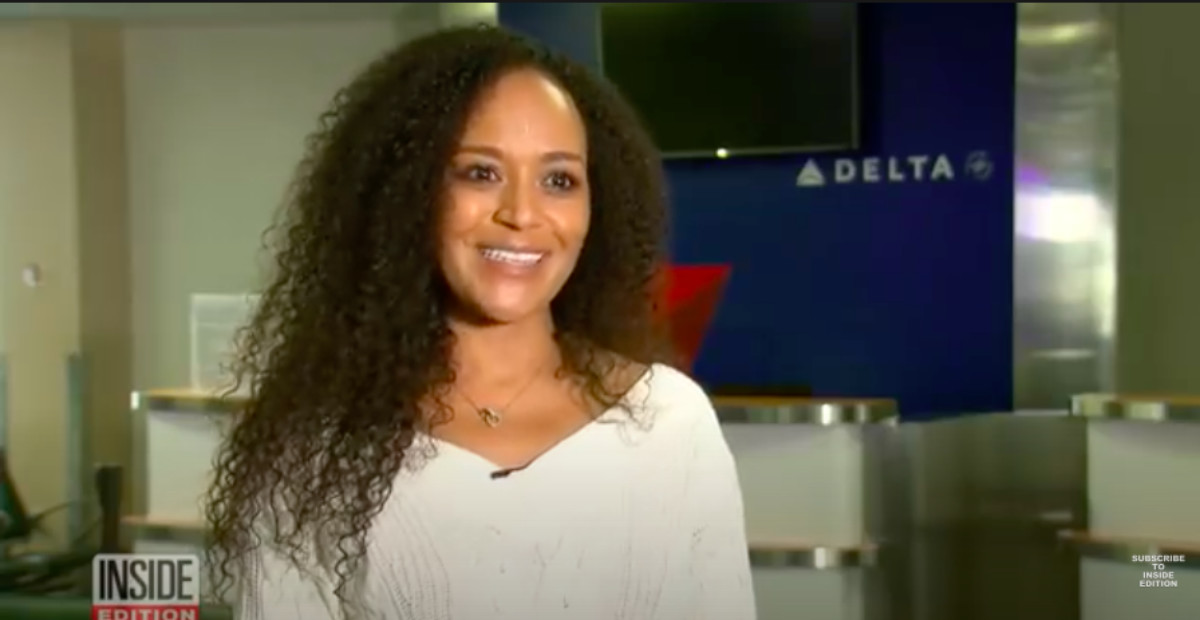 For 41 years, Elizabeth Muto had wondered where she came from and why she was abandoned at the Reno-Tahoe International Airport in Nevada when she was a newborn. Now, she finally has answers.

“This is where my life begins,” she told Inside Edition while standing at the Delta Airlines gate where she was found as a baby. “Most people’s life began the day they were born. Mine began the day I was found.”

She grew up to graduate from the University of Nevada, Las Vegas, and in 2004, she became the first Black Miss Nevada. Now married with three children, she travels frequently for her job as a beauty pageant consultant, but she has had more downtime on her hands due to the COVID-19 pandemic. She used that time to research her biological family with 23&Me.

“My parents taught me everything I know,” she said. “I may not know what I am, what day I was born, what race I am, what city I was born in, but I know who I am and my parents are responsible for that.”

Through 23&Me, she was able to track her family back to her great-great-great-grandmother and was able to connect with a second cousin who helped direct her to five potential birth mothers. Muto wrote to each of them asking if they could be her biological mother or aunt.

One emailed response came in from her birth mother. “It was overwhelming to me,” she said. “She was kind. She was accepting. She answered all my questions. … She said she wasn’t able to give me the life I deserved.”

“You don’t wonder the how or the why or the what,” Muto said about being abandoned. “[You wonder] what could I have done so wrong?”

Now, after going through the “highest highs, the lowest lows” and sending up “[a] lot of prayer,” Muto is thrilled to have met her birth mother and she says she is counting her blessing every single day.