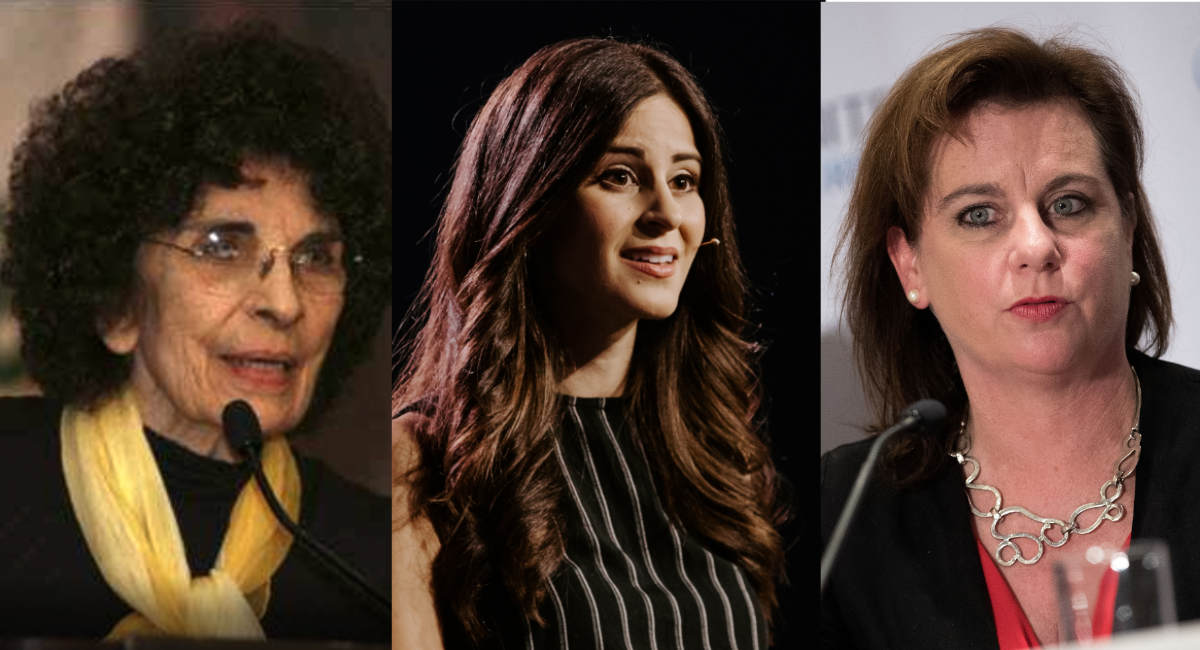 In 1972, with several states having already legalized abortion, Cathy Callaghan and Pat Goltz formed Feminists for Life (FFL), an organization that will celebrate its 50th anniversary this spring. The friends met over a judo mat on the campus of Ohio State University. Callaghan was a tenured professor of linguistics and Goltz was a member of the Columbus, Ohio, chapter of the National Organization for Women (NOW), which had decided to adopt a pro-abortion stance under pressure from Larry Lader and abortionist Dr. Bernard Nathanson (who later became pro-life). After arguing that abortion violated the principles of feminism, Goltz was expelled from NOW.

Together, the two women founded FFL as a grassroots, nonpartisan organization shaped by what they considered the core feminist values of justice, non-discrimination, and non-violence. For Callaghan, abortion proponents’ “pro-choice” slogan was an abuse of language. “Choose is a transitive verb,” she said. “It requires an object. Finish the sentence — choose what?”

Today, FFL continues its work to help “free women from abortion through resources and support.” The group’s College Outreach Program works to meet the needs of college-aged women who are pregnant and parenting on campus. This age group has the highest rate of abortion, but following the launch of the program in 1994, there has been a 30% decrease in abortions among college-educated women, according to FFL.

Every January since 1974, pro-lifers have marched in Washington, D.C., protesting the legalization of abortion. Nellie Gray was the woman who first mobilized those efforts when 30 pro-life leaders gathered in her home to talk about how to commemorate the one-year anniversary of Roe v. Wade.

The first March was held in an effort to prompt legislators to find a solution to the Supreme Court’s decision to force states to allow abortion at least up to “viability,” and even until birth. When she realized this was not going to happen, Gray began to plan a March for Life for each year until Roe v. Wade is overturned.

Before Gray died in 2012 at age 86, she saw the pro-life conversions of several key pro-abortion individuals, including Dr. Bernard Nathanson (a founder of NARAL), Norma McCorvey (Jane Roe of Roe v. Wade), and Sandra Cano (Mary Doe of Doe v. Bolton), Roe v. Wade‘s sister case that legalized abortion to birth for virtually any reason. They all spoke at the 25th March for Life. Today, 10 years after Gray’s death, the Supreme Court is set to rule on Dobbs v. Jackson Women’s Health Organization, a case that could finally unravel Roe.

In 1979, Judie Brown and her husband Paul founded the American Life League, a non-profit organization focused on “providing TRUTH-based educational materials and opportunities, inspiring and equipping generations to act for GOD and LIFE, and protecting and caring for the most vulnerable among us — the defenseless, the hurting, the lost, and the despairing.”

Educational materials related to abortion are available on the site and include how to be pro-life in the workplace, how to be pro-life on vacation, what pro-life physicians have to say, and how to talk effectively about abortion — including how to respond to common pro-abortion talking points. Many pro-lifers are quiet about their pro-life stance because they don’t feel equipped to defend their position, especially in heavily pro-abortion circles. These materials have helped many to speak up.

The organization is also behind STOPP International (which focuses on shutting down Planned Parenthood), Culture of Life Studies (a pro-life curriculum for grades K-12), and Saint Michael the Archangel High School (which is 100% committed to helping students develop pro-life values and defend the right to life).

Louise Summerhill founded Birthright in 1968 in Toronto, Canada. Just six months later in 1969, Terry Weaver opened the organization’s first U.S. location in Atlanta, Georgia. Weaver ran the pregnancy center until 2014. The organization now has 500 chapters in Canada and the United States as well as several other countries. According to its website, “The essence of Birthright is love.”

“The heart of relationship is not to do things for people,” said Summerhill. “It is to reveal to them that they are unique, precious, and have beautiful gifts. It is to live a communion of hearts with them where we help each other to grow to greater freedom. Life flows from one to another.”

Birthright’s helpline is available 24 hours a day and receives more than 10,000 calls a year. Pregnant women who are in need of help are also welcome to stop in during open hours of operation.

Along with Dr. John Hillabrand, Lore Maier founded Alternatives to Abortion Incorporated in 1971, which is today known as Heartbeat International (HBI). Maier and her sister were the only members of their family of six to survive Nazi Germany. Knowing that the Holocaust began with the killings of those who had been labeled “imperfect,” she saw the same series of events unfolding with the legalization of abortion.

“Where Hitler compelled people to do the killing, today millions of people choose to abort their babies of their free will…” Maier said in 1979. “If we let this go on, what is now a matter of choice could very easily become mandatory… If we are not pro-life, we are against our own survival.”

Maier acted as the organization’s first executive director and helped create training resources, a newsletter, and an annual training conference to help teach and mentor new directors and volunteers. AAI built up a network of pregnancy help centers, maternity homes, and adoption agencies, all with the mission of saving lives from abortion. Following the election of pro-abortion President Bill Clinton in 1992, the group recommitted to fight for life, changing the organization’s name to Heartbeat International.

Today, HBI has a worldwide directory of over 6,000 pregnancy help ministries in 100 countries and has 30 in-print training resources, a distance-learning curriculum called Heartbeat Academy, and the Pregnancy Help Institute. The Annual Conference brings together 1,000 members of the pregnancy help center community. HBI also runs Option Line, the last of the founders’ hopes for the organization. Option Line operates 24 hours a day, seven days a week, for pregnant women to call for help. It averages 240,000 calls, emails, or messages each year.

Along with a group of pro-life women, Marjorie Dannenfelser formed the Susan B. Anthony List in 1992 to act as the political arm of the pro-life movement. Named for the pro-life suffragist, the organization has become a national network with more than 900,000 individuals.

According to the organization’s website, it exists to “combine politics with policy, investing heavily in voter education to ensure that pro-life Americans know where their lawmakers stand on protecting the unborn, and in issue advocacy, advancing pro-life laws through direct lobbying and grassroots campaigns.” SBA List helps elect national leaders who will help create pro-life laws, with a special calling on promoting pro-life female leaders. Voters can learn about the politicians attempting to represent them and where they stand on pro-life issues.

In 2020, SBA List reached 9.6 million voters, made 7.2 million live phone calls to voters, and raised and spent $56 million on the election cycle while making $1.6 million in direct and bundled contributions for pro-life candidates.

In 2003, a 15-year-old Lila Rose founded Live Action in her family’s living room. With the goal of exposing what abortion does to the preborn child, Lila gathered friends together to make pro-life presentations to groups. While at UCLA in 2006, Rose began undercover work, going into abortion facilities with a hidden camera to show the world the horrors of the abortion industry.

In 2008, Live Action became a non-profit organization and Rose produced the first nationally televised undercover investigation of the abortion industry. The organization now has the largest online following of any pro-life group in the world, and works to shift public opinion on abortion and defend the right to life for preborn human beings. The organization continues to carry out investigative reporting and shares human interest pieces, educational articles, videos, and social media content to educate and engage people on the truths of abortion and the abortion industry.

Rose released her first book in 2021 in which she shares her journey in order to help others find theirs. “Fighting for Life: Becoming a Force for Change in a Wounded World” features Rose’s hard-earned insights and inspires readers to fight for justice.

Women have been a driving force behind the work of ending abortion and will continue to help women and families choose life for their babies, long after Roe v. Wade is overturned.