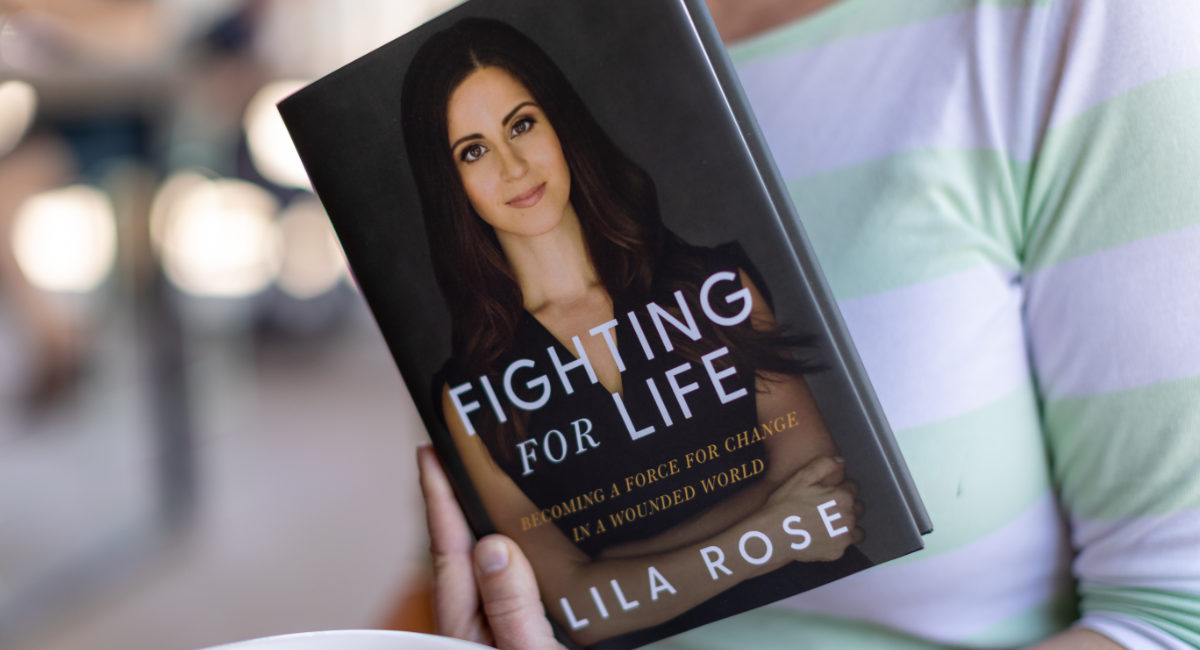 Lila Rose’s path to becoming the founder and president of Live Action began when she was just a young girl opening a book she discovered on her family bookshelf. Shocked and heartbroken by the graphic images of the innocent victims of abortion featured in “Handbook on Abortion,” a publication of the pro-life Right to Life League, she was spurred into action. Rose joined local pro-life efforts and then, as a college student, spearheaded her own, posing undercover as a pregnant teen at Planned Parenthood.

Today, through the efforts of Live Action, countless lives have been saved from abortion, hearts have been softened towards compassion for preborn children, and minds have been opened to the truth about abortion. Through her book, “Fighting for Life: Becoming a Force for Change in a Wounded World,” Rose is handing down her hard-earned insights to aspiring warriors for justice — no matter their age, life situation, or cause.

Rose emphasized that no one’s life is an accident and that everyone alive today was born at this particular moment in human history with a purpose and with their own unique talents and gifts that can be used to effect real change. The question is how to put those gifts to use to fight for what’s right.

For Rose, realizing the pro-life movement was her calling was a “no-brainer” but she didn’t wake up one day and immediately know that it was the cause she wanted to champion. She spent time learning about abortion and its effects as the largest cause of death in the world. Because it’s legal, it’s also the greatest legal injustice our society is faced with. She recognized that the pro-life movement needed more people to stand up against abortion if it is ever to be abolished and if a culture of life is going to grow.

Discernment when choosing a cause is vital, because well-meaning people can get drawn into false causes.

Look to the heroes

Rose believes one of the biggest obstacles that prevents people from getting involved in causes is that they feel distanced from the injustice itself. She believes inspiration can be found when we look to the heroes.

“Because we’re isolated from the injustice or we aren’t the ones being hurt, we can live our lives as normal and not look outside of ourselves beyond our own family or community to those being hurt. What’s crucial, if we’re going to respond to some of these burning causes and stand up for the most vulnerable, is that we allow ourselves to just be broken,” she explained. “That we allow ourselves to think about those that are suffering to understand how they suffer. To learn about the injustice and allow ourselves to be deeply affected by it and even deeply wounded by it. To shake us out of our everyday pattern and wake us up so we can come to their aid.”

Rose added, “Having heroes, people that have gone before us, that have fought heroically for the sake of others and have sacrificed themselves or their lives for others is also really, really powerful because when we see other people and they become our models of what love looks like — what love in action looks like — it inspires us to strive to live that way too.” 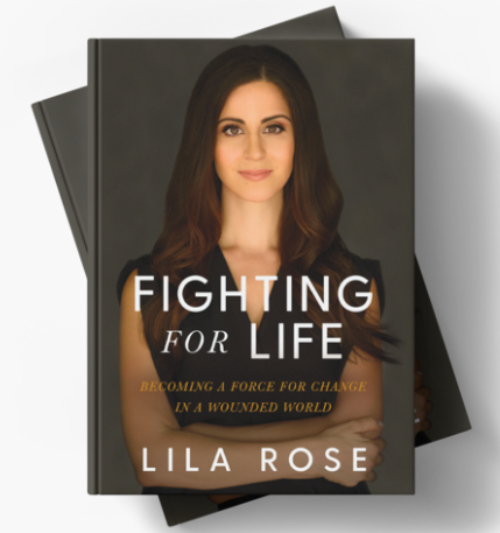 Step out of your comfort zone

In “Fighting for Life,” Rose writes about stepping out of her comfort zone and challenging herself, both by attending a large, liberal college and by going where pro-lifers hadn’t gone before — undercover into Planned Parenthood locations. Walking into the very buildings where babies are being killed and sitting next to women who were about to undergo abortions wasn’t easy, but it didn’t stop Rose from pushing through in the hopes of exposing the abortion industry and saving lives.

“If you want to force change, if you need to make a difference in the world where the difference is not being made, it’s going to take leaving your typical routine. It’s going to take doing something different, and challenging the structures or exposing the evil that’s permitting this injustice to continue,” said Rose. “It’s gonna take risk and grit. For me, Going to UCLA was one thing, but starting to go undercover and starting new forms of activism was unusual and I had to prepare for it and study it and make that decision that this is something I’m going to do because the need is so great, and there are people at risk here in the abortion clinic being killed.”

To step out of our comfort zones, there are often internal obstacles to overcome first. In “Fighting for Life,” Rose shares some of her most personal challenges and addresses the fact that everyone wrestles with internal struggles. Seeking out healing to overcome those challenges and insecurities can enable us to better fight for the changes we want to see in the world.

In “Fighting for Life,” Rose discusses the discouragement she felt when she first began her pro-life efforts. As a teen, she held pro-life meetings to which not a single person showed up, and at times wondered if she was the only person who cared. In those moments, she had a choice to give up or keep going. Advice from her mother helped her get through.

“My mother told me, ‘Leadership is lonely sometimes. You have to forge the path and people will follow,'” said Rose. “This is especially true for a controversial cause and one that people see as unpopular.”

Abortion has proven to be a controversial cause that often divides even members of the same family. For much of society, abortion has become the norm — but abortion is not normal, said Rose, and saving just one life makes all of her efforts worth it.

“The opposition wants us to think that victory is impossible and that abortion will always exist. And they’re wrong,” she said. “They’re completely wrong. It just has to do with how many people are willing to stand up. We can achieve it, but we have to stay the course.”

A call within a calling

“‘Fighting for Life’ is meant to be an inspiration and support for anybody, whether they’ve found their calling or they’re finding their cause,” said Rose of her book. “There are calls within a calling. There are causes that you can be called to and that you can choose to fight. There’s also the calling of family and of community which I think is universal for all of us. And that’s at the root of any calling.”

“For me, I talk about fighting for life and getting involved in the pro-life cause as a teenager, then getting married and becoming a mother in my late 20s and early 30s and that is ultimately my greatest cause,” Rose added. “That’s true for anybody whether they are married and have children or choose religious life or choose a single life that’s intentional and they are living and serving in community with others. That is ultimately the universal call that we each live out differently, but the causes that we need to champion still matter.”

Whether stay-at-home parents, students, professionals, religious, or retired, anyone who is feeling a burden to help bring an end to the injustices of our time will realize through “Fighting for Life,” available now in the Live Action shop, that they are not alone in their concerns, desires, discouragements, or personal struggles.

Ultimately, Rose hopes that readers will come away from “Fighting for Life” with “a vision ignited in them for what to fight for” along with the inspiration and knowledge that will allow them to do just that.