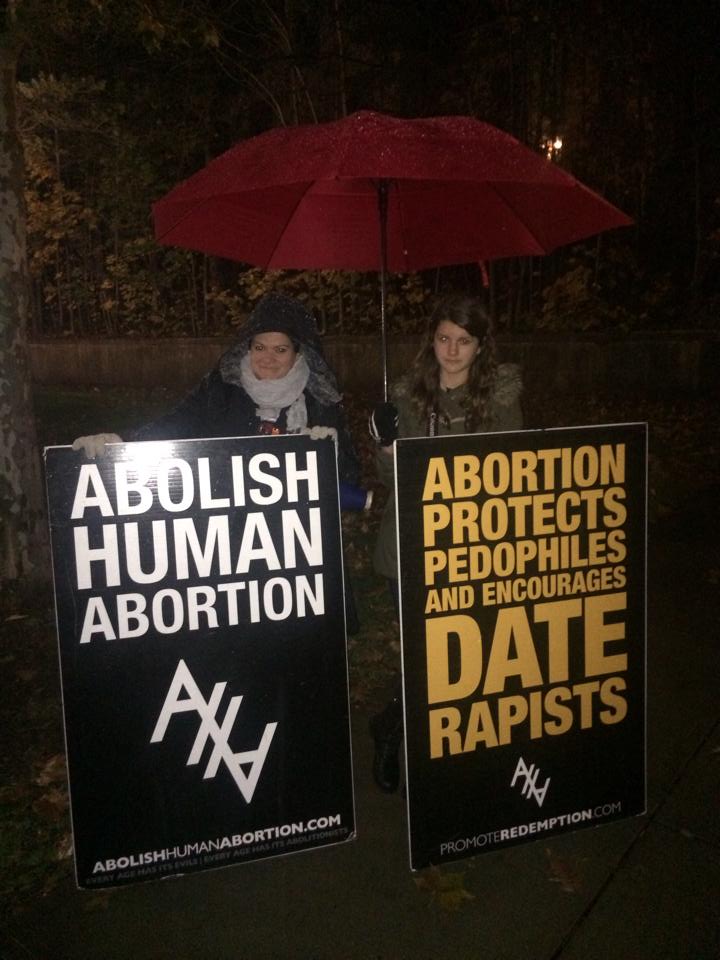 On Thursday evening, 31 pro-life activists stood outside of the annual NARAL Pro-Choice America “A Carnival for Choice” fundraiser in Meriden, Connecticut.

According to Connecticut Right to Life, less than 20 abortion proponents attended the event, which was held in recognition of the 50th anniversary of the Griswold vs. Connecticut Supreme Court decision that ended the ban on birth control in the state and paved the way for the legalization of abortion. Middletown State Representative Matt Lesser was one of the event’s attendants.

Pro-life advocates, including Family Institute of Connecticut executive director Peter Wolfgang and two of his daughters, Katherine and Rose, held signs and prayed on the sidewalk outside of the event. The top politicians in Connecticut are abortion supporters, but according to Wolfgang, the state is lacking a pro-abortion grass roots effort. At events such as the “carnival,” it’s mostly the wealthy and the politicians who show up.

“The difference between our efforts and theirs is we have all the people and they have all the money,” said Wolfgang. “There are no actual grass roots supporters for abortion in Connecticut, just a lot of wealthy people and politicians.” As the abortion supporters entered the event, they had to walk right by the pro-life activists, who seized the opportunity to remind the pro-aborts of what they are supporting in abortion with signs and images.

“We have free speech and we need to use it,” said Wolfgang. “We need to make them aware of what it is they support and we’re never going to let up. We’re going to fight for the day when every unborn child is protected. They are supporting a genocide. They’re supporting the death of 3,500 babies a day. 10,000 a year in Connecticut. These are the folks that make those deliberate killings possible.” Activists supporting life outside of the NARAL event. Photo courtesy of Peter Wolfgang.

Katherine Wolfgang, who attends these events from time to time, said she was glad to be there to support the pro-life movement.

“I was really impressed with the pro-life turn out there,” she said. “It was important to me to be there to help save babies.”

Wolfgang calls the pro-life movement in Connecticut “vigorous” and vows to attend the annual event, as well as other pro-abortion events, every year until pre-born humans are legally protected.