The humanity of the preborn continues to become more apparent as technology develops. In a video of a sonogram circulating on social media, we can see that at just 10 weeks, our human features and movements are easily visible.

Before the 1990’s, sonograms during pregnancy weren’t routine. Since then, we’ve learned much about our hidden lives before we’re born. Here are six incredible facts about the lives of preborn babies in the first trimester:

1. Their hearts begin to beat as early as 16 days after fertilization.

The Endowment for Human Development, a nonprofit organization with resources to learn about fetal development, has an incredible video of a preborn baby’s heart beating at around 30 days after fertilization. According to the science we know of, our hearts will beat about 54 million times between fertilization and birth.

A study released earlier this year revealed that, contrary to the popular belief that pain cannot be felt before 20 weeks, it may be felt by preborn babies as early as the first trimester. The pain could be even worse than later in pregnancy, due to “uneven maturation of fetal neurophysiology.”

The baby also moves quite a lot more than many believe. The video below shows the baby’s jaw movement:

3. They can suck and swallow before 10 weeks.

All body systems are in place by this point, and though they are small, preborn babies’ limbs can be seen – something even abortionists attest to. All they need is time and nutrition to continue growing. They can now respond to touch and practice swallowing amniotic fluid, an important life skill for after birth.

Preborn babies are already developing what makes them unique. Their fingerprints, a personal identifier which will be the same for their entire life, develops at this point. 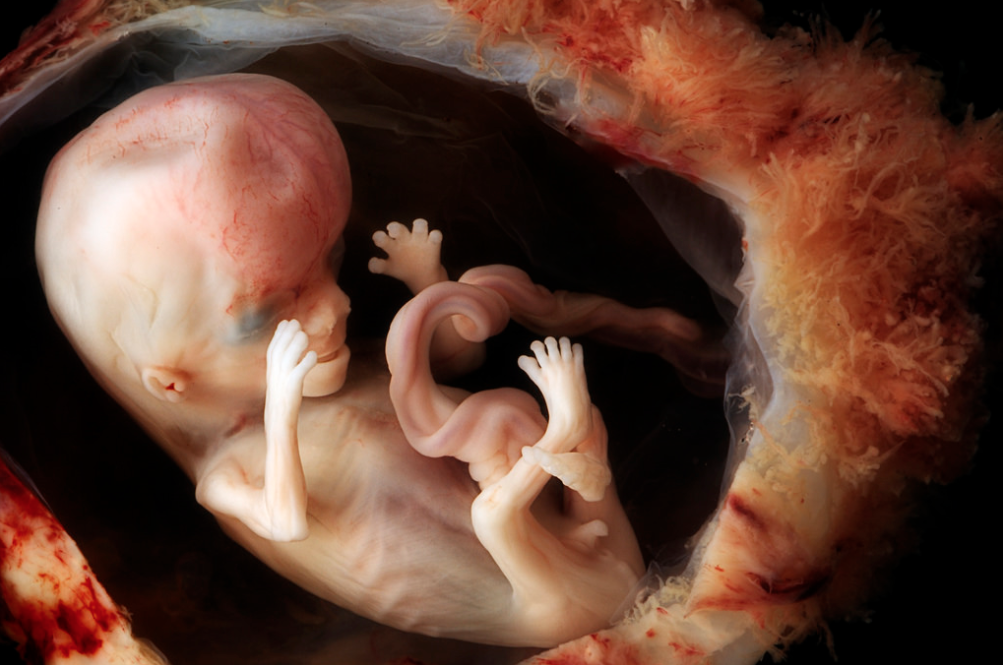 Another part of what makes us unique is whether we’re right or left hand dominant. Fun fact? About 75 percent of preborn babies will develop right hand dominance by eight weeks.

6. They can sometimes heal abnormalities.

Sadly, many parents are pressured to abort their preborn babies when signs of a disease or disability are detected. But research done by Professor Zernicka Goetz reveals that early indicators of abnormalities are hard to judge, because preborn babies sometimes self-correct, resulting in a healthy baby at birth.

From our very first moment of existence, we have our unique DNA which gives our bodies a roadmap to follow as we develop before birth. The human body is incredibly complex, as we can see from our beginnings as a single cell to our movement before birth, now visible thanks to modern sonogram technology.