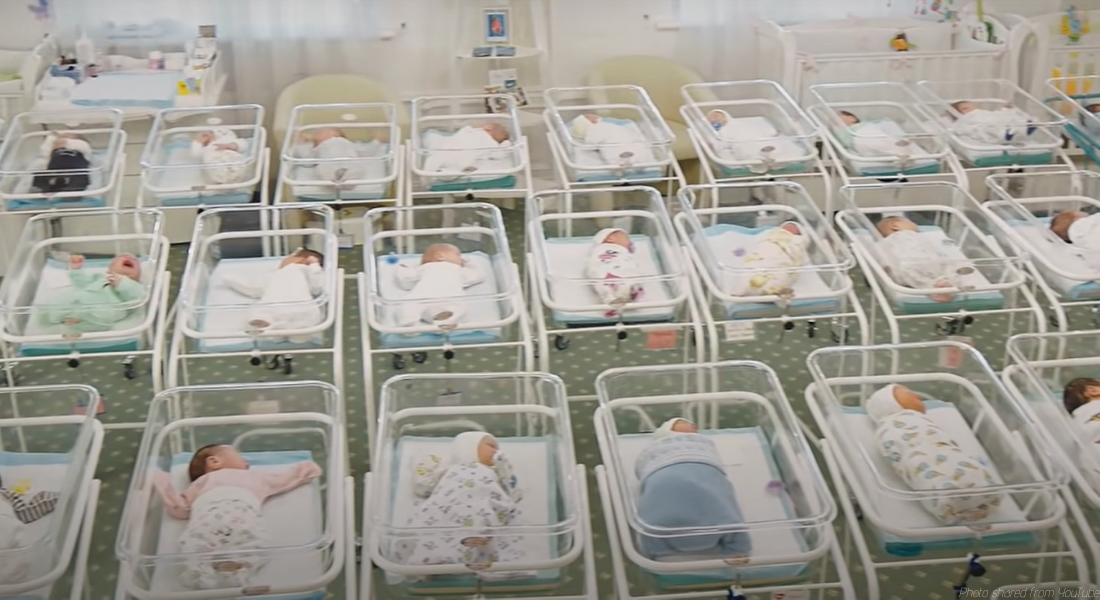 The COVID-19 pandemic has disrupted businesses and industries around the world, and the surrogacy industry is no exception. As flights remain grounded, people who have paid for surrogates — often in developing countries — are unable to claim the babies they purchased.

Staffers at the BioTexCom Center for Human Reproduction in Kyiv (Kiev) allegedly placed almost 50 newborns into a hotel while borders remain closed due to the COVID-19 pandemic — a scenario the UK’s Daily Mail says is akin to “a baby factory.” Those who had agreements with the surrogates are said to be from the United States, the United Kingdom, Italy, Spain, France, Germany, Portugal, China, Mexico, and others.

In a video from BioTexCom, a woman explains how the children are currently being cared for. “We show babies to the parents online and our managers arrange calls,” the person, identified as Marina, says. “It is necessary for us to inform parents about how much their babies eat, how they sleep and what their weight is. It is heartbreaking to see how parents miss their little ones. We wish they were allowed to pick up their children soon.”

According to the Daily Mail, “The video seems intended to reassure the parents who cannot currently collect their babies… The hotel appears to be part of the clinic used by BioTexCom.”

However, Liudmila Denisova, human rights ombudsman for the Ukrainian parliament, was alarmed at what has been spreading across social media. “A video was spread on social media and shared via a website of one of Kyiv clinics,” Denisova told the Daily Mail. “It showed 46 babies who are currently in one of the Kyiv hotels. All these babies were born by surrogate mothers for citizens of various foreign states. This video confirms that the situation with the provision of surrogacy services by this clinic is mass and systemic, and surrogacy technologies are advertised and presented as ‘high quality goods.'”

The BioTexCom website claims that surrogacy is outlawed in nearly all European countries, with Ukraine being one of the few exceptions. For non-Ukrainian parents, surrogacy can cost almost $50,000. But because of the pandemic, the women who were surrogate mothers, gestating and birthing children for wealthy foreigners, may end up in unspeakable circumstances. These surrogates might not receive payment for their services or might have to choose between raising a child they weren’t prepared for. The baby they carried for nine months might not be matched with an adoptive family and be placed into foster care. It’s a tragic scenario for women who may have turned to surrogacy out of desperation.

In the past, BioTexCom has been accused of human trafficking. And all of this highlights yet another ethical problem with surrogacy.

The surrogacy industry essentially allows relatively wealthy people to go into developing countries and purchase the wombs of desperate, impoverished women for exorbitant sums of money. Citizens of Ukraine, for example, are some of the poorest in the world. Now, wealthy foreigners are also shelling out big bucks to try to make their way to countries like Ukraine to claim their purchased products: human children.

BioTexCom may or may not have engaged in the more typical picture of human trafficking, but surrogacy is, in and of itself, nothing more than reproductive human trafficking. It is the purchase and sale of not just one, but two human beings—the surrogate mother and child.