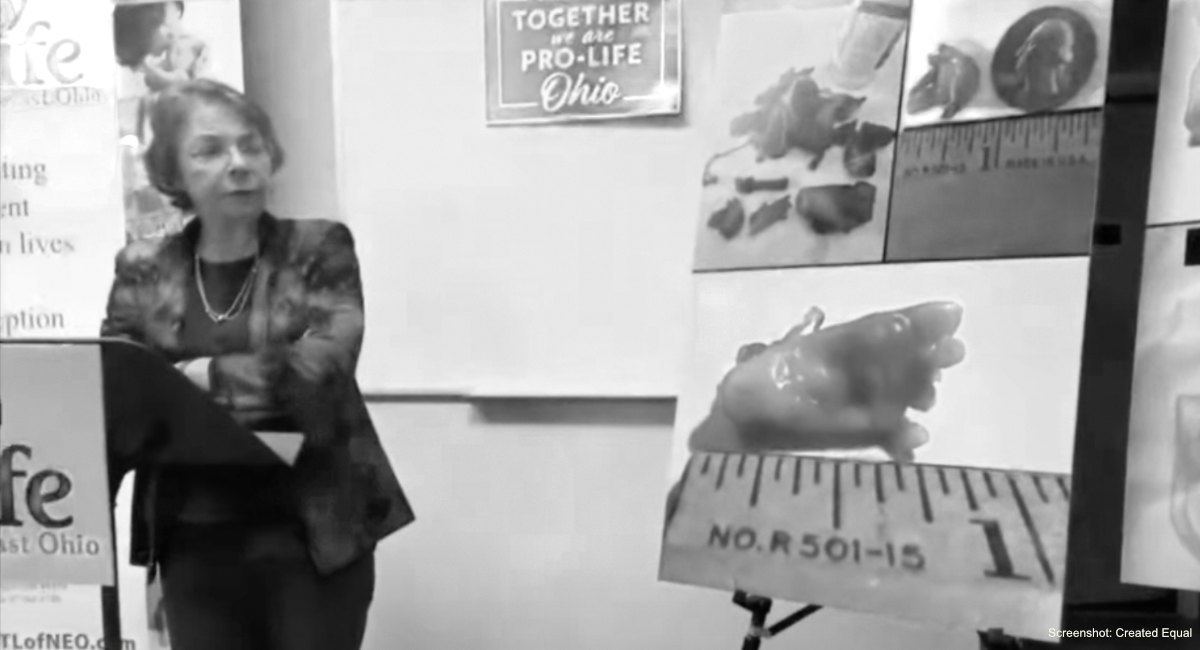 The remains of an aborted baby were discovered last month in a dumpster outside the Northeast Ohio Women’s Center (NEOWC) abortion facility located in Cuyahoga Falls, Ohio. Created Equal reports that pro-life advocate Andrew Bliss* decided to search the garbage outside the facility, only to discover the gruesome remains of an estimated 17-week-old preborn child (based on body part measurements) who had been brutally aborted. The child’s limbs were found torn apart, indicating that it suffered a dilation and evacuation (D&E) abortion.

This fall, the U.S. Supreme Court will hear a case relevant to this tragedy. Dobbs v. Jackson Women’s Health Organization will debate the constitutionality of Mississippi’s law banning abortions after 15 weeks (four months). The latest research shows that by the end of the first trimester, if not before, preborn children can feel pain. Their hearts begin to beat three weeks after fertilization, and brain waves can be detected by the sixth week after fertilization.

At a press conference hosted by Ohio Right to Life, Right to Life of Northeast Ohio Executive Director Denise Leopold described how the child’s remains were wrapped in a blue, blood-stained surgical sheet, with various body parts distinctly visible.

READ: Catholic priest among those arrested at Ohio abortion businesses

(The conference in its entirety can be viewed here.)

In 2020, Ohio Governor Mike DeWine signed into law the Unborn Child Dignity Act, which requires that all aborted children must be properly disposed of through burial or cremation. In the press conference, Leopold referenced this law, pointing out that abortion opponents lambasted the legislation, calling it frivolous and unnecessary. In March of this year, NEOWC joined other abortion providers in suing the state, asking the courts to block the law because they felt it was unconstitutional.

Monica Migliorino Miller, director of Citizens for a Pro-Life Society, also spoke of the discovery:

This baby found in the NEOWC trash has suffered the greatest injustice that can be inflicted upon any human being. The child is a rejected human person, rejected by his or her own mother, sliced apart in an unspeakable act of violence, and then literally treated as trash!

In this unborn child’s dismembered body is incarnated the injustice of abortion. We must expose this atrocity. It is so painfully obvious that such killing should be a crime and made illegal. Little did the clinic’s neighboring private residents and businesses know the secret buried at the bottom of the abortion center’s trash container.

Furthermore, what was discovered in the NEOWC demonstrates the abortion industry’s disregard for the rights and dignity of women — as the clinic did little to protect their patients’ identity.

This is not the first time that NEOWC has come under investigation for dangerous and illegal practices. In 2017, Live Action News shared that the abortionist at this facility was suspended for failing to record prescriptions involving opioids and benzodiazepine drugs. In 2019, it was discovered that the facility was operating without a valid license and that its last inspection, dated 2017, revealed 24 pages of deficiencies. In July of 2020, Operation Rescue uncovered 911-records that indicate a patient was transferred to the hospital from the facility.

Funeral arrangements are currently underway for the aborted child.

* Not his real name.