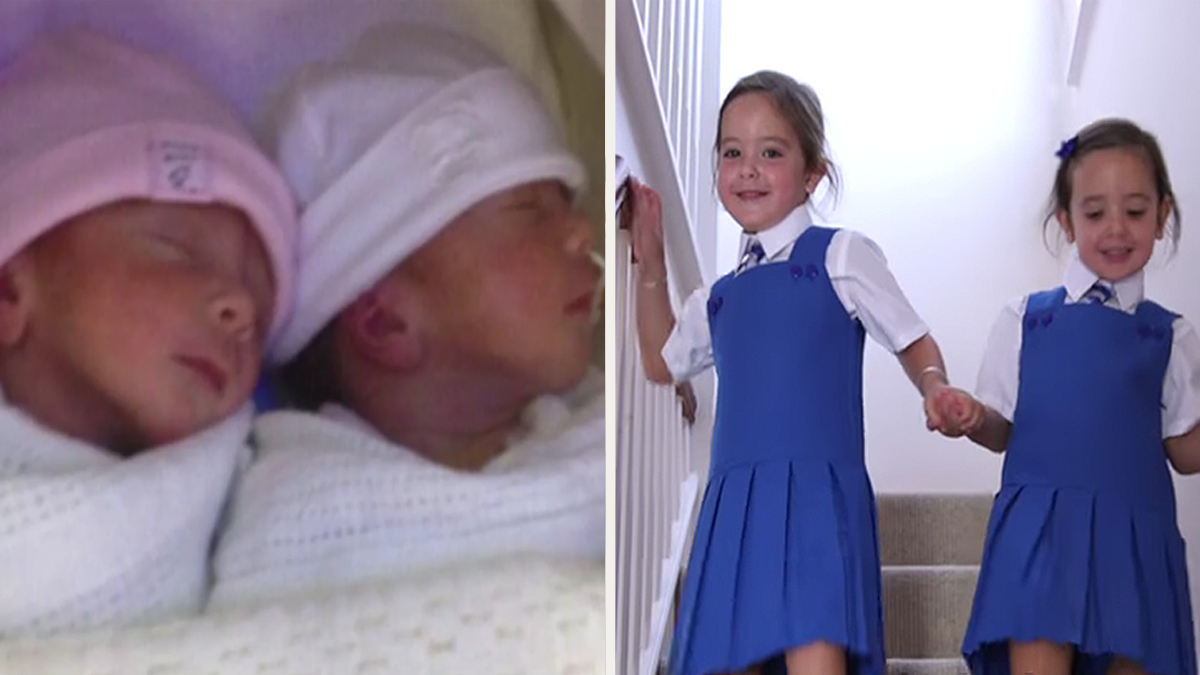 Rosie and Ruby Formosa were given only a 20% chance of survival when they were born conjoined and sharing an intestine. Now they are starting kindergarten.

Originally believing the girls shared an amniotic sac, their mother, Angela Formosa, was sent to King’s Hospital. She learned there that at 16 weeks gestation, they were conjoined.

After they were born, doctors had hoped to give them a few months to become stronger before performing the risky surgery to separate them, but they discovered a dangerous intestinal blockage. The surgery would need to be performed immediately and the chance of one or both of them dying was high. Their parents anxiously waited for good news during the five-hour operation at London’s Great Ormond Street Hospital.

Twins that had slim chance of survival after being born conjoined get ready for school https://t.co/K9NrWI5vrL pic.twitter.com/9pv0GKbhtQ

Their parents and doctors are amazed at how far the girls have come; and while they may need further treatment in the future, they are doing well and excited to be starting school.

“When I was pregnant, I didn’t think I’d ever see their first day at school, so it is really amazing and all, thanks to GOSH [Great Ormond Street Hospital], really,” said Mrs. Formosa.