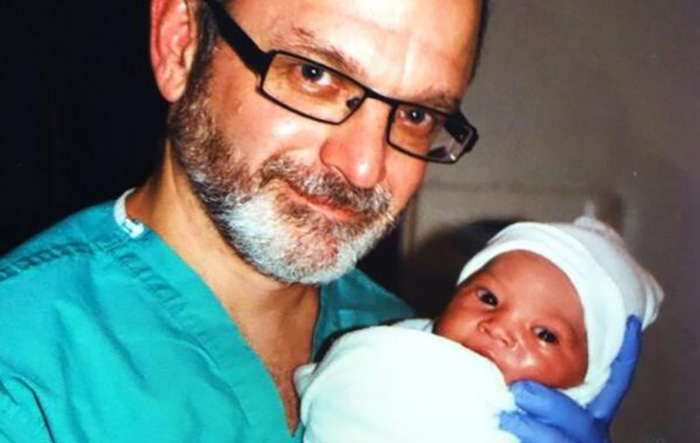 In 2006, Dr. Matthew Harrison was in his office in North Carolina when he received an urgent phone call. A pregnancy care center, for which he is on the board, was calling about a young woman who had taken the RU-486 abortion pill and immediately regretted that decision. The young woman had told her mother about the abortion and the mother called the pregnancy center looking for help.

Dr. Harrison had no idea if he would be able to help this woman save her baby, but he was willing to try.

The young woman arrived at Dr. Harrison’s office and told him the full story. He informed her that there was no known antidote or treatment to stop the abortion. Unsure of what to do, he stepped out of the office to pray, and then he began searching through medical books, focusing on how RU-486 works. “It attaches to the progesterone receptor in the mother’s body and blocks the action of progesterone, which provides support for a pregnancy in a developing embryo,” explained Dr. Harrison. “When it blocks that receptor, that embryo essentially starves and the placenta separates. Two days later she takes a pill that causes labor and the embryo comes out within a few days.”

Dr. Harrison concluded that if he was able to give this young woman extra progesterone it might out compete the RU486 and stop the abortion process. “I told her that it could just prolong the abortion or could cause her to bleed,” said Dr. Harrison. “But she said she wanted to do whatever it would take to save her baby. I gave her a shot of progesterone. She started bleeding that weekend. She went to the hospital and there was a heartbeat. It was the first time she saw it because the abortion clinic didn’t show her.”

The young woman returned to Dr. Harrison’s office where she was again able to hear her child’s heartbeat. She received another shot of progesterone and the bleeding eventually stopped. From then on she received shots twice a week until about halfway through the pregnancy when her body began producing enough progesterone to support the pregnancy.

She was able to deliver a healthy baby at 40 weeks gestation.

Dr. Harrison realized that this solution could have important implications as a new way of fighting abortion and helping mothers choose life for their children.

“This kind of gives moms a second chance,” he said. “They might be making a choice [to abort] under duress and a lot of pressure from family, friends, boyfriends, or husbands. They feel like they have no choice and they go in for an abortion and immediately regret it and realize what they’ve done. This is the feedback we get from women. They are in desperate situations and we want to help and support them. This gives us an avenue to do that.”

After the baby was born, Dr. Harrison spoke with Father Frank Pavone of Priests for Life who told him that he should develop a protocol so that this abortion reversal he had discovered could be used by doctors around the country, and the world. “He interviewed me on the internet and had stories written up and I started to get calls from around the country and other countries asking what protocol I had used and what I had done,” explained Dr. Harrison. “People started to try it and have success. […] We just kind of went word of mouth to different doctors. [George] Delgado started counseling doctors on the West Coast. And we joined forces and now I’m associate medical director with a family services program he is running in San Diego. He and I have been working together to get the word out about the protocol.”

Dr. Harrison has also learned that there is a way to reverse a late-term abortion as well. When women begin the Dilation and Extraction procedure, an abortionist inserts laminaria (seaweed) which causes the cervix to dilate. Women then go in to the abortion clinic the next day to have a surgical abortion once the cervix is dilated. However, Dr. Harrison has been able to help women who regret beginning this procedure by removing the laminaria. In those cases, the cervix has been able to re-close and the babies have been saved. “We have not seen any bad side effects in the mothers who have received the injections or treatments other than irritation at the shot site,” said Dr. Harrison. “The sooner they seek treatment, the better. We just want them to know that it is safe, and there is hope, and there are people that care and are ready to help them. […] Anyone can get a treatment within one hour of calling us [in the United States].”

To date, 175 babies have been born alive and healthy, and 100 more are on the way, thanks to Dr. Harrison’s discovery. The success rate of saving babies after the first pill has been taken is about 53 percent. Dr. Harrison wants women to know that this procedure is safe, and the cost is low. Those who can’t pay can apply for a scholarship to cover the cost of the treatment.

AbortionPillReversal.com is looking for more volunteers to work the phone lines and they also need more pregnancy centers that want to bring abortion reversal to their communities.