They’re threatened by informed consent. They’re traumatized by the limp body parts they look at every day. They’re torn by the contradiction that they became doctors to preserve life but use their profession to end it. Here are some eye-opening confessions from current and former abortionists.

“They [the women] are never allowed to look at the ultrasound because we knew that if they so much as heard the heart beat, they wouldn’t want to have an abortion.”
– Dr. Randall, former abortionist
‘Pro-Choice 1990: Skeletons in the Closet” by David Kuperlain and Mark Masters in Oct. “New Dimensions” magazine.

“Even now I feel a little peculiar about it, because as a physician I was trained to conserve life, and here I am destroying it.”
– Dr. Benjamin Kalish, abortionist

“You have to become a bit schizophrenic. In one room, you encourage the patient that the slight irregularity in the fetal heart is not important, that she is going to have a fine, healthy baby. Then, in the next room you assure another woman, on whom you just did a saline abortion, that it is a good thing that the heartbeat is already irregular… she has nothing to worry about, she will NOT have a live baby… All of a sudden one noticed that at the time of the saline infusion there was a lot of activity in the uterus. That’s not fluid currents. That’s obviously the fetus being distressed by swallowing the concentrated salt solution and kicking violently and that’s to all intents and purposes, the death trauma… somebody has to do it, and unfortunately we are the executioners in this instance[.]”
– Dr. John Szenes, abortionist
Via EWTN.com: Magda Denes. “Performing Abortions.” Commentary Magazine, October 1976, pages 33 to 37. A truly frightening and profoundly sickening article by a doctor who observes and describes in graphic detail a number of saline abortions and their results. She acknowledges that abortion is killing, but a type of “necessary” killing. Also see the “Letters” sections in the December 1976 and February 1977 issues of Commentary Magazine.

“Telling those women their fetuses feel pain is heaping torment upon torment. These women have real pain. They did not come to this decision easily. Creating another barrier for them to get the medical care they need is really unfair.”
– Abortionist Dave Turok 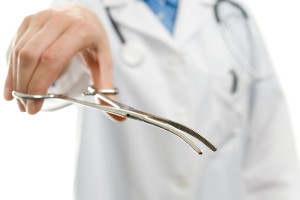 “This is why I hate overuse of forceps – things tear. There are only two kinds of doctors who have never perforated a uterus, those that lie and those who don’t do abortions.”
– Anonymous Abortionist

“I got to where I couldn’t stand to look at the little bodies anymore.”
– Dr. Beverly McMillan, former abortionist

“I think in many ways I’ve been lucky to have been part of this. If I hadn’t gotten involved, I would have gone through life probably being perfectly satisfied to go to the medical society parties and it would have been very, very dull. I would have been bored silly.”
– Dr. Jane Hodgson, late abortionist

“Sorrow, quite apart from the sense of shame, is exhibited in some way by virtually every woman for whom I performed an abortion, and that’s 20,000 as of 1995. The sorrow is revealed by the fact that most women cry at some point during the experience… The grieving process may last from several days to several years… Grief is sometimes delayed… The grief may lie sublimated and dormant for years.”
– Dr. Susan Poppema, abortionist
(Poppema, S. & Henderson, M. (1996) Why I Am an abortion doctor. New York: Prometheus Books)

“If I see a case…after twenty weeks, where it frankly is a child to me, I really agonize over it because the potential is so imminently there…On the other hand, I have another position, which I think is superior in the hierarchy of questions, and that is “who owns this child?” It’s got to be the mother.”
– Dr. James T. McMahon, abortionist
(American Medical News, July 5, 1993)

Editor’s note: Additional quotes from abortionists can be found at ClinicQuotes.com.