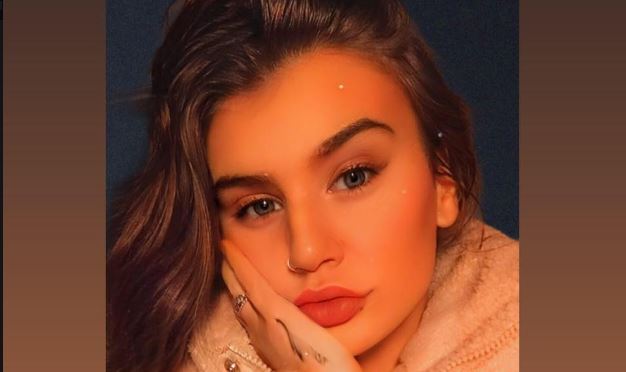 At age six, Shannon Clifton’s father Shane Clifton began beating and raping her. She told the BBC that the abuse went on for eight years and she became pregnant three times. Clifton is currently in prison for raping her, but Shannon believes he should also face a conviction and jail time for killing her preborn baby.

Now 19, Shannon first became pregnant at age 11. When Clifton realized she was pregnant, he beat her unconscious in an attempt to kill the preborn child. It worked, and the baby died. Shannon told the BBC that he may have buried the baby’s remains in the garden of their home because a neighbor reported seeing him digging a hole.

“He basically beat me to the point where I didn’t have a baby inside me anymore. […] I lost my baby and I almost died myself,” she explained. “He didn’t want the baby. In his eyes he was lucky he had got rid of it and he could carry on with the life he was living and what he was doing to me.”

Shannon became pregnant again at age 12 and had a miscarriage. At age 13, she discovered she was pregnant for the third time. The nurse at school became suspicious, however, and told Shannon to take a pregnancy test, but she didn’t. Her father, realizing his crimes were about to become known took her and ran. Police searched for them for six days.

Just two days after being rescued, Shannon gave birth to a baby boy. DNA tests proved that Clifton was the father. He pleaded guilty to raping Shannon from age 10 to 14 and was sentenced to 15 years in jail. However, the judge reduced the sentence to 10 years because Clifton pleaded guilty.

Shannon placed her baby boy for adoption to give him a safe and stable home and family. “I gave him life and he gave me a reason to live.,” she said of her baby. However, she is frightened of what will happen to her when her father is let out of prison. She wants him prosecuted for more of his offenses, including killing her first baby and for the physical abuse she endured and the rapes that occurred before she turned ten.

“My dad had tried pretty much murdering me a number of times,” she explained. “What’s going to stop him from hurting me again, and this time maybe doing worse than what he did before?”

Shannon has every right to be afraid. This isn’t Clifton’s first time in prison, as he was once convicted of attacking a woman whom he kicked in the head and stomped on as she lay unconscious. He was jailed for the assault but attacked her a second time when he was released from prison.

READ: After this 11-year-old’s father raped her, her stepmother forced her to have an abortion

Shannon wants Clifton to face a proper punishment for all of his crimes, especially for the death of her baby. Police have announced that they are making inquiries into Clifton and his alleged crimes. Shannon has asked that they search the garden from her childhood home for her baby’s remains.

Abortion is a tool that sexual abusers use to cover up their crimes, and Clifton is no different. He simply inflicted an abortion himself instead of hiring an abortion facility. Countless sexual abusers have brought their victims into Planned Parenthood locations for abortions because they know that Planned Parenthood employees don’t ask questions and frequently return victims to their abusers while profiting from the abortion. They have even been caught on undercover video teaching an actor posing as an undercover pimp how to pretend to be the guardian of the young girls he was sex trafficking in order to secure birth control and abortions.

“[I]t was my son who kept me going,” Shannon wrote on Facebook. “He was the one who kept me strong. So many people have told me he will hopefully come looking for me when he’s older. When he can understand more. And if this is the case, I want my son to find me and think ‘wow that’s my mom.’ I hope to make my son proud of me, just like I am of him.”