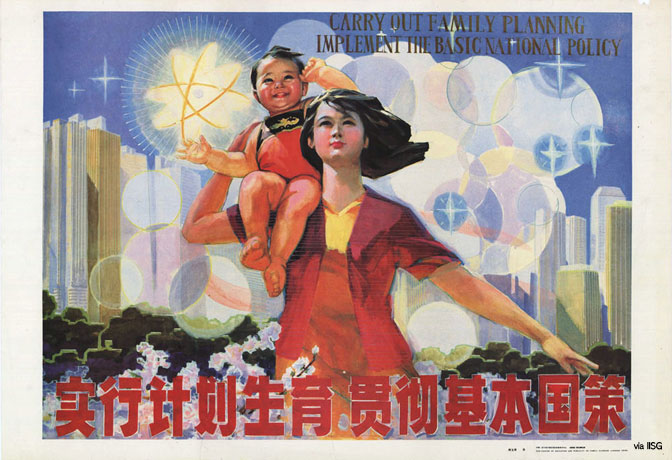 This week marks the 36th anniversary of China’s One Child Policy, which has resulted in countless forced abortions. Recently, China relaxed the policy to a Two Child Policy, but pressure to abort has continued. Earlier this year, a Guangdong couple claimed they were threatened with losing their government jobs if they refused to abort. The woman was eight months pregnant.

On this anniversary week, Women’s Rights Without Frontiers president Reggie Littlejohn is calling for a full investigation of International Planned Parenthood Federation regarding its connections to forced abortion in China. She explained in an email:

The One Child Policy has been responsible for hundreds of millions of forced abortions and sterilizations and untold human suffering.  While posturing as a champion of choice, International Planned Parenthood has been working hand in hand with the population control program in China, almost since its inception.  Forced abortion is not a choice.  Women’s Rights Without Frontiers calls for a full-scale, international investigation of International Planned Parenthood to determine the exact nature of its operations in China.  Transparency is demanded by the fact that IPPF receives taxpayer dollars from the United States and other nations as well.  I believe it is impossible to work so closely with the Chinese Communist Party’s forced abortion machine without being complicit in its atrocities.  This is especially the case when this year we learned that the number of abortions in China is not 13 million, but a staggering 23 million a year.

International Planned Parenthood Federation (IPPF) has long been affiliated with the China Family Planning Association (CFPA), partnering since 1983. IPPF currently lists CFPA as a “member organization” on its website. Also on its website, IPPF claims to stand for individuals’ freedom to make choices. However, in 2009, then-director-general of IPPF Gill Greer praised China’s coercive “population control policy” as “very conducive to China’s development in various aspects such as economy, education and health care services.”

Due to International Planned Parenthood’s ties to China’s family planning policy, Littlejohn believes an investigation is not only justified, but necessary. She concludes, “One out of every five women in the world lives in China.  The women of the world will not be free until the women of China are free.”