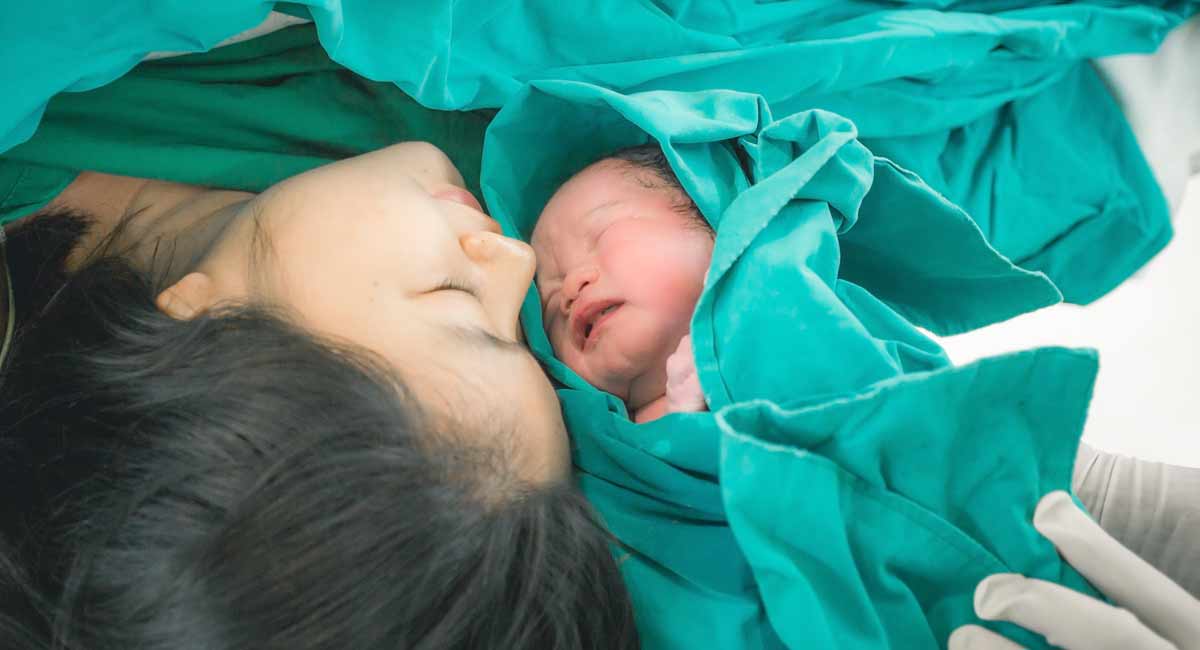 While New York is not the first state to legalize late-term abortion on demand, and in reality, it has been legal since 1973, the news of the update to the state law has caused a wave of sadness and anger across the country. 75 percent of Americans want restrictions on abortion and they aren’t happy to learn that a preborn child can be legally killed up until the day he is born. Mothers across the United States are sharing their personal stories of heartbreak and hope on social media to show all U.S. lawmakers that abortion is not an American value.

Sarah had a cancer diagnosis, but chose life

Sarah Wickline Hull was diagnosed with “aggressive cancer that was cutting off my airway at 20 weeks of pregnancy.” After years of infertility, she was finally pregnant, so when the doctor mentioned abortion, she knew she would rather sacrifice her own life for her child.  A second doctor told her that her baby would have a long list of issues if she didn’t abort. She still refused. The doctor replied with, “That is ok. The baby will probably spontaneously abort anyway.” Finally, Hull found doctors who cared and she gave birth to a healthy baby at 34 weeks. In May, she will be 10 years cancer free!

“I have a healthy, beautiful, bright, precious 10 year old daughter who is a living reminder that doctors do not know everything,” she said.

Jamaica Hoyord shared a post from an unnamed friend who gave birth to her son at 40 weeks and six days – stillborn. “All of the pro-choice and abortion posts have been making me physically sick to my stomach and shaking with anger,” she said. “As you look at this picture and see my dead baby, do you see some inanimate object, not a human being that once had life? Why would we give him a name, have a funeral bury his body, and memorialize a death of an inanimate object? Don’t you have to have life, to have death?” She went on to say that to have a heartbeat means you have a life and to end that heartbeat intentionally is murder. “My baby… was a human being that had a heartbeat…. HE. WAS. ALIVE. and I felt it! This is my son Micah. He changed my life. I hope he changes yours.”

Rochelle’s baby girl Naomi was delivered stillborn, and she says the New York law is “an evil thing’

Rochelle Tillotson was horrified by New York legislator’s support of late-term abortion. She went on Facebook to share pictures she had been keeping private, but now knew she needed to share. Her baby girl Naomi’s heart stopped at 40 weeks and three days gestation and doctors don’t know why. “…SHAME ON YOU GOVERNOR CUOMO! These are the people YOU are in office to protect! Not murder! This is an evil thing,” she wrote. She reminded the governor of what research consistently shows. Post-abortion regret is real and post-abortive women are at an increased risk of depression, drug use, and suicide.

“Fight for your child,” says the mom of one-year-old Harper, diagnosed prenatally with Trisomy 18

Haley Johnston shared that while her mother was pregnant with her, she was told to abort because doctors thought Johnston had Down syndrome. Her mother refused. 23 years later, Johnston was pregnant with her daughter Harper, who was diagnosed prenatally with Trisomy 13. Doctors told her she was going to miscarry and that the condition is incompatible with life. Asked if she wanted to terminate, she and her husband said no. Harper was born with several heart defects and clenched fingers, but she is now one year old. “If you are pregnant and just received a diagnosis that your baby is incompatible with life, it’s not the end of the world… Instead of deciding whether you want to abort your child, decide on how you’re going to fight for your child… You are your child’s voice.”

At her 20 week ultrasound, Hannah Sudlow and her husband learned there was something wrong with their baby. They were rushed to a maternal-fetal center where they were told, “Everything is wrong with this baby. You can’t keep her.” The preborn baby girl was diagnosed with Trisomy 18 and a doctor automatically scheduled an abortion, without ever checking with Sudlow. When she refused an abortion, they refused to keep her as a patient. Doctors said baby girl Evelyn would die at birth, but she just turned two. “The moment we stop defending the weakest & most vulnerable in our society will be a complete tragedy,” she said. “I will always share my story. I always stand in the gap. I will always choose life.”

Amy’s little girl was labeled “incompatible with life,” but she just turned two

Rachael’s son lived for 18 precious hours outside the womb: “They don’t deserve to die by lethal injection”

“Thank you New York for fueling me to never stop sharing my story,” wrote Rachael Woolsey. She shared pictures of her son Zachary. At 12 weeks, she was told that he was “incompatible with life” and that abortion was the best choice. She was told she was young and could try again “as if Zachary’s life all of a sudden no longer had value.” She says that a mother’s job is to protect and save your child, and that’s what she planned to do. At 20 weeks she began having contractions. Doctors advised her to either have labor induced and say goodbye to her son or keep the pregnancy going and wait for him to die. Again, Woolsey chose life. At 36 weeks, she gave birth to her baby boy when it would still be legal to kill him in the womb. “Look at him! … Imagine a doctor injecting a needle into his skull or torso, slowly suffocating him until his body gave up,” she wrote. She adds that in the cases of a risk to the mother’s health, the safest option is a C-section. No preborn child has to be killed to save his mother. Woolsey says that she was blessed with 18 hours with her son that she never thought she would have. No baby deserves to die by lethal injection.

Strong women everywhere are standing up for life because government officials like Cuomo refused to do so. May these pro-abortion lawmakers finally see that the people they are elected to represent are overwhelmingly against abortion on demand.