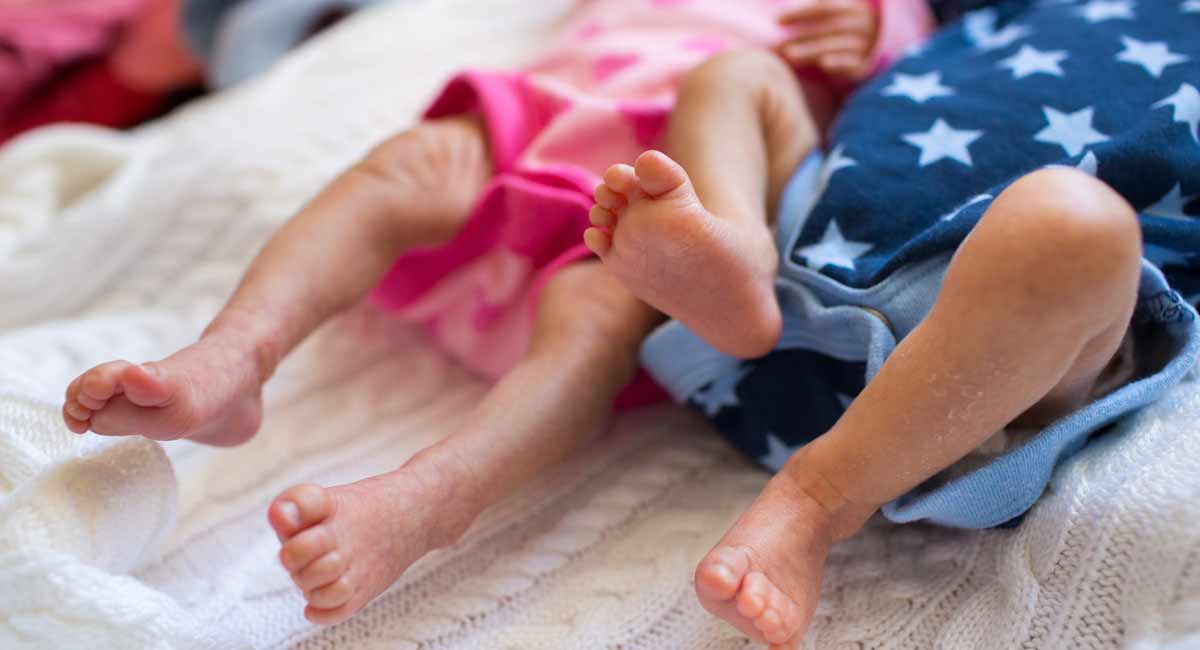 A woman in Bangladesh shocked herself, her husband, and doctors when she gave birth to a healthy set of twins just 26 days after giving birth to her first child.

20-year-old Arifa Sultana gave birth to a premature baby boy at the end of February. However, doctors failed to notice she was also pregnant with twins in an unknown second uterus. When her water broke again, a month after giving birth, she rushed to the doctor.

“She came to the hospital complaining of lower abdominal pains,” Dr. Sheila Poddar said in an interview with AFP. An ultrasound revealed the baby boy and girl.

READ: Reunited for first time outside womb, premature twins hug each other

The twins were delivered by emergency C-section on March 22, and all three babies are now at home with their parents. Sultana has a rare condition called uterus didelphys, which means she has two uteruses. Her first baby and the twins were conceived and developed in the two separate wombs. The incidence rate of twin gestation with uterus didelphys is just one in a million, according to the National Institutes of Health.

“It is not very common to have two uteruses. When the uterus develops, it comes from two tubes, and those tubes fuse together,” Dr. S.N. Baus, head of obstetrics and gynecology at Max Healthcare hospital in New Delhi, told CNN.

Dr. Dilip Roy told AFP, “I haven’t seen any case like this in my 30-year plus medical career.”

The new parents are facing financial hardship, as Sultana said her husband earns just 6,000 taka, or $95 a month. They come from a rural area of the country. “I don’t know how we will manage such a huge responsibility with this little amount,” she said. Her husband, however, remains grateful and optimistic. “It was a miracle from Allah that all of my children are healthy,” he said. “I will try my best to keep them happy.”

Khulna Medical College Hospital is facing scrutiny for failing to notice that Sultana was expecting the twins. No ultrasound had been performed before the first delivery.