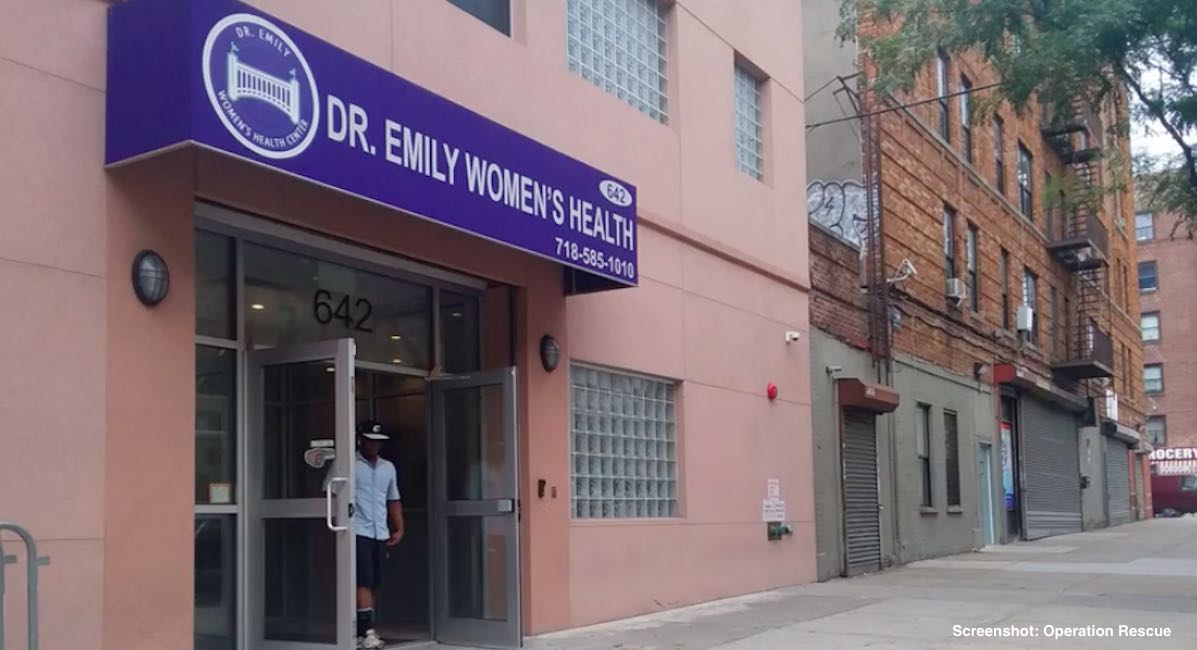 Operation Rescue has received 911 records of an alarming incident that took place in August 2019 at an abortion facility in the Bronx, New York. Paramedics were called to Dr. Emily’s Women’s Health Center on August 17 when a female patient experienced at least three seizures within 30 minutes of receiving a surgical abortion. The woman apparently had a known history of seizures and the abortion facility was ill-equipped to handle such a high-risk patient.

Despite the alarming situation, the 911 caller – an employee of the abortion facility – didn’t have basic information at hand, such as the woman’s age or condition. The uncomfortable 911 call was punctuated by long periods of silence in which the caller was forced to go find out facts about the patient’s condition, at one point putting the phone down and walking away. The delay of such crucial information likely slowed down the arrival time of the responding ambulance.

“It only makes sense that when an outpatient abortion facility is knowingly incapable of coping with a woman’s known medical condition, the woman should not be scheduled for an abortion there,” said Troy Newman, President of Operation Rescue. “In this case, it appears her medical history was ignored, at the expense of her safety.”

Operation Rescue also reports that there was great difficulty in obtaining the 911 records. After requesting the public records back in August, OR was told there would be a wait and those records would be available in January 2020. In January, the organization’s request to see the records was denied. Operation Rescue appealed that denial, and on winning the appeal they finally gained access to the records. It’s unclear if the refusal to hand over the records was deliberate, or merely an administrative error.

This isn’t the first time that red flags have been raised about the egregious practices at Dr. Emily’s Women’s Health Center. In 2011 and 2012, pro-life activists filmed the facility dumping trash on the sidewalk outside its former location. Inside the trash were the remains of bloody tissue, confidential patient information, medical waste, and drug paraphernalia. In 2013, Live Action released an undercover video in which an abortion counselor at the facility describes the gruesome practice of killing a child born alive after an abortion.

Operation Rescue also reports that the abortionist currently on staff at this facility is Jane Kaufman. Kaufman has ties to the Margaret Sanger Planned Parenthood in Manhattan, a facility which is also well-known for injuring women.

Unfortunately, women continue to be in harm’s way at these and other New York abortion facilities. As Operation Rescue’s Newman says, “I’m sure we haven’t seen the last of Dr. Emily’s abortion facility. As long as New York authorities continue to ignore complaints and cover up for medical emergencies there, women will remain at risk.”