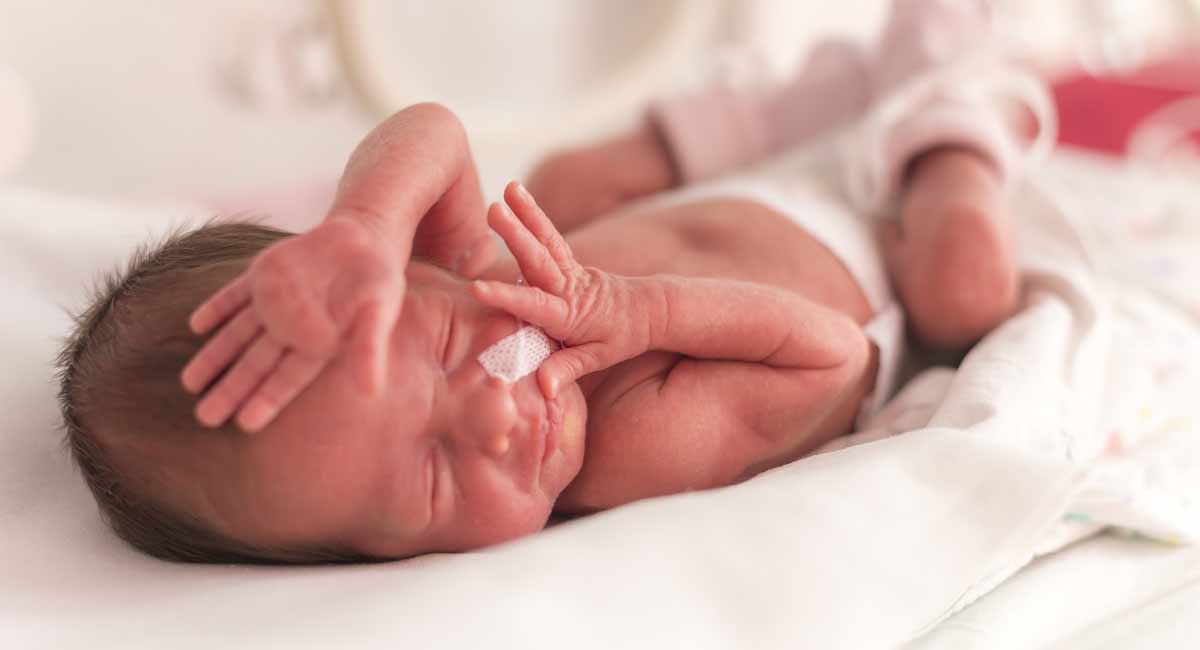 Last month, Sen. Ben Sasse introduced legislation that would protect babies who survive abortions — a seemingly common sense measure. Sasse pointed out that currently, there are no laws in place that protect abortion survivors, and his legislation should be above typical political fighting. As previously noted by Live Action News, “Even though the Born Alive Infants Protection Act was signed into law by President George W. Bush in 2002, these infants are essentially still left unprotected until penalties are attached, as well as requirements that medical care be provided. Sen. Sasse’s bill would do both.”

While the idea of protecting children who are already born would seem to be uncontroversial, it’s sadly not. Earlier this month, Sasse announced his plan to force every senator to vote on the issue, saying, “This shouldn’t be complicated.” But it turns out, it was complicated; House Democrats have blocked multiple attempts to vote on the bill. Abortion advocates have claimed Sasse’s bill is unnecessary because babies are never born alive after abortions, nor is care denied them — but abortionists themselves have admitted to ensuring babies don’t survive.

We would not “resuscitate it” or “help it survive”

A Live Action undercover investigator visited the Family Planning Associates Medical Group in Phoenix, Arizona, where she met with abortionist Laura Mercer. The investigator asked Mercer what to do if the baby was born alive. Instead of telling the woman to go to the emergency room, or assuring her that they would help the baby, Mercer told her she should come back to the abortion facility, where they would let the baby die.

Woman: –not to get graphic, but if it’s, like, moving and stuff–

Dr. Mercer: No, these are good questions.

Woman: –I would still come to you?

Woman: OK. So you wouldn’t like resuscitate it, or like give it anything to help it survive?

“We would not help it”

A Live Action investigator went undercover at Cesare Santangelo’s late-term Washington Surgi-Clinic in Washington, D.C., at 25 weeks pregnant. Santangelo told her that he would not provide any medical care should the baby survive the abortion.

Technically – you know, legally we would be obligated to help it, you know, to survive. But, you know, it probably wouldn’t. It’s all in how vigorously you do things to help a fetus survive at this point.

Let’s say you went into labor, the membranes ruptured, and you delivered before we got to the termination part of the procedure here, you know? Then we would do things – we would – we would not help it. We wouldn’t intubate.

It would be, you know, uh, a person, a terminal person in the hospital, let’s say, that had cancer, you know? You wouldn’t do any extra procedures to help that person survive. Like ‘do not resuscitate’ orders. We would do the same things here.

“The solution will make it stop”

At Emily’s Women’s Center in the Bronx, an abortion staffer told a Live Action investigator that if a baby was born alive during an abortion, they would put the baby in a “solution” so that it wouldn’t “be able to breathe anymore.” The investigator, who was 23 weeks pregnant, specifically asked what would happen if the baby came out after an abortion moving and breathing:

She also told the investigator that if the baby is delivered at home, to “flush it” or put it in a bag:

Planned Parenthood lobbyist Alisa LaPolt Snow testified before the Florida House against a bill that would require abortionists to provide medical care to babies who survive the procedure. Snow was asked what would happen if a baby was born alive, breathing and moving, after a botched abortion — and instead of testifying that the abortionist would provide medical care, Snow said it would be left up to the mother and abortionist.

We believe that any decision that’s made should be left up to the woman, her family, and the physician…. That decision should be between the patient and the health care provider.

“Cut down the middle of the face”

Former StemExpress technician-turned-whistleblower Holly O’Donnell, who tragically died last year, recounted the moment she saw a baby whose heart was still beating after an abortion. Instead of offering aid, the other technician instructed O’Donnell to slice open the baby’s face so they could harvest the baby’s brain.

She’s like, OK, I want to show you something! So she has one of her instruments, and she just taps the heart, and it starts beating. And I’m sitting here, and I’m looking at this fetus that’s heart is beating, and I don’t know what to think. She was like, do you know why that’s happening? And I knew why that was happening, it’s because the electrical current — the nodes — were still firing. And I don’t know if that constitutes — it’s technically dead, or it’s alive?

It had a face. It wasn’t completely torn up. And its nose was very pronounced, it had eyelids, and its mouth was pronounced. And then, since the fetus was so intact, she said, “OK, well, this is a really good fetus, and it looks like we can procure a lot from it. We’re gonna procure brain.”

The abortion industry has shown repeatedly that it cannot be trusted to provide medical care for babies that survive abortion. That’s exactly why Ben Sasse’s legislation is so sorely needed — because denying care to a living human being should not be permitted to happen.