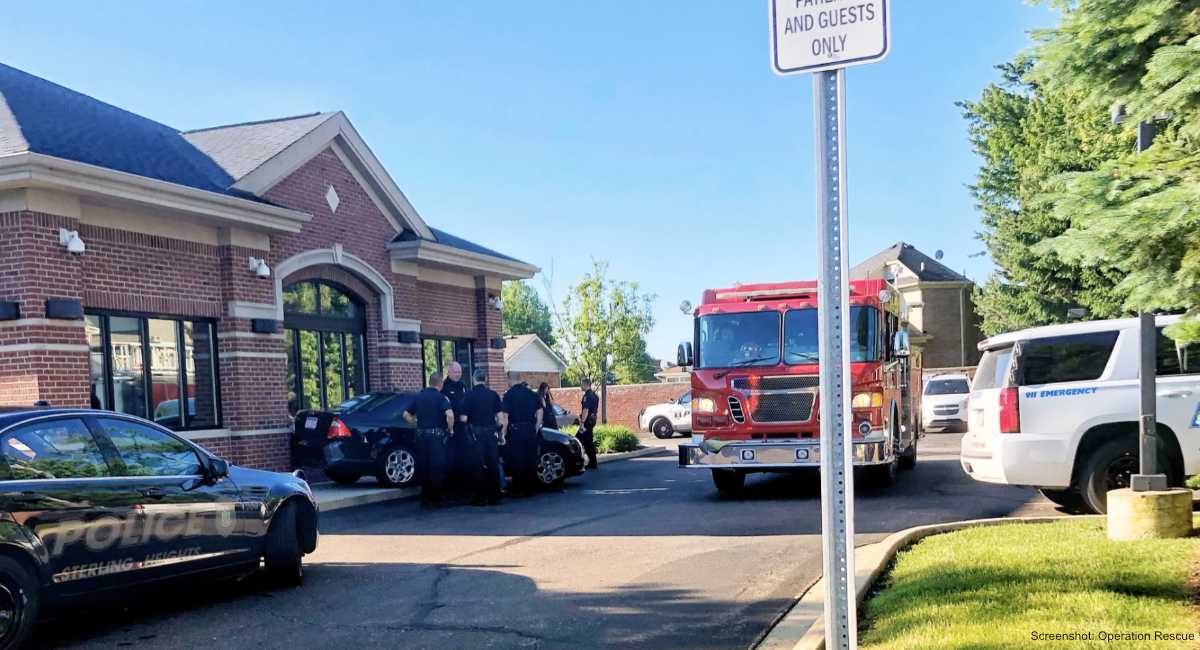 According to pro-life watchdog group Operation Rescue, an ambulance was called to the dangerous Northland Family Planning abortion facility in Sterling Heights, Michigan, for a 35-year-old woman who was hemorrhaging after a surgical abortion.

The Sterling Heights Fire Department was dispatched to the abortion business on August 19, 2021, according to 911 records, including an ambulance and paramedics able to provide Advanced Life Support. The woman was actively hemorrhaging; however, it appears the abortion facility requested that the ambulance use no lights or sirens, delaying medical care to the patient.

The woman was taken by ambulance to the Beaumont Hospital Emergency room in Troy, Michigan, at her request. Though the woman was facing an emergency situation, she had been given a medication that was redacted from the records and she told paramedics she was not in pain despite the hemorrhaging.

“I wonder what kind of drugs were given to this bleeding woman to make her sit up and act like nothing happened.  Obviously, something adverse did happen, or she wouldn’t have been transported to the hospital under an ‘emergent’ status,” said Troy Newman, President of Operation Rescue. “Abortion is not safe, and we see evidence of its dangers cross our desks almost every day. Innocent babies pay with their lives. Unsuspecting women pay with their suffering and sometimes their lives. The only ones that don’t pay are the abortionists. That injustice is something we try hard to remedy by alerting the oversight agencies and the public to the harm caused by abortions.”

This is the third known medical emergency at Northland Family Planning in 2021. In April, the facility summoned ambulance for a woman who had undergone a 22-week abortion and was hemorrhaging uncontrollably. According to facility staff, she had suffered “abnormal uterine and vaginal bleeding” due to a laceration to her uterus.

The second emergency occurred on June 24 when a woman experienced abdominal pain and dizziness after undergoing an abortion.

Northland Family Planning, which commits abortion up to 24 weeks, has a history of injuring women, including perforating a uterus in 2019 and botching five abortions within six months. Read more about this facility here.