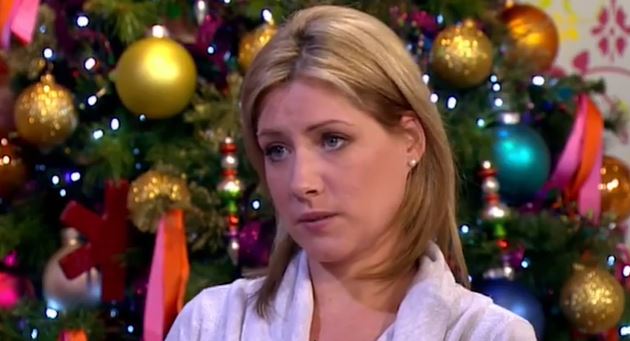 In 2013, 33-year-old Jennie Thornton from the United Kingdom announced that she planned to go to Dignitas to die by assisted suicide. Diagnosed at six weeks old with cystic fibrosis, a genetic condition that causes thick mucus to build up throughout the body and cause respiratory distress and other issues, Thornton believed that she would eventually become so sick the suffering would be intense. Only 50 percent of individuals born in the last decade with CF were expected to live to their mid-40s. When Thornton was born doctors said she would die before she turned 15. She wanted control over when and how she died. Then, a miracle drug changed everything.

The difference between life and death

After her 15th birthday, Thornton began to live hard and fast, expecting to die from CF at any time. When she reached age 30, her health began to decline and she was constantly in the hospital with lung infections. Her daily routine to clear her lungs took hours. She eventually decided to travel to Dignitas in Switzerland to end her life. Her mother said she would help her and do “whatever it took” to help pay for the suicide. Many other people with CF were shocked and upset by these admissions. The difference seemed to be that many choose to live with hope rather than fear.

In March of 2020, now 40-year-old Thornton was not doing well. She required a wheelchair to get around and had just 30 percent lung function. She was very scared of contracting COVID-19. The UK had yet to approve a new miracle drug that had been saving the lives of people with CF in the United States. Thornton felt hopeless.

“I was in and out of the hospital and in a very dark place as I confronted my very limited life expectancy in the face of a global health pandemic,” Thornton told the Mirror. “It sounds bleak, but I resigned myself to the worst. I told my family that should I contract COVID-19 I did not want to go on to a ventilator and cling to life.”

Then, just as the pandemic shut down the world, Thornton was chosen as one of 120 people with CF in the UK to be granted early access to the drug Kaftrio (Trikafta in the U.S.). It was offered to these individuals by the drug company Vertex under “compassionate use.” Only those who desperately needed this medication would have access to it until the UK officially accepted it.

Now, the NHS has done that and thousands of people with CF in the UK are benefiting.

READ: A cystic fibrosis diagnosis was supposed to end his life. Instead, he’s thriving.

The medication, along with three other approved miracle drug regimens for CF, works at the cellular level, forcing the malfunctioning CFTR protein to work as it is supposed to. The results have been remarkable.

“I knew I was on the list for the drug and when it arrived in March I tried not to get my hopes up,” said Thornton. “But the results were almost instantaneous. All my family sat with me in the garden when I took my first pill at 10:30am on a Saturday morning. By 4:30pm the cough I’ve lived with all my life had eased. In two weeks my lung function had shot up to 60%, I gained 10lb and no longer felt breathless and exhausted. In short, I don’t feel like I’m dying any more.”

Thornton’s story is a clear example of why assisted suicide should not be legalized. She was ready to die because of fear of the future and what she expected her life and death to look like. Her mother wanted to support her, which seems to be the loving thing to do, but many parents of children with genetic conditions experience a fair amount of guilt at having genetically passed on a life-threatening condition to their children. Her mother, with all of her good intentions, wasn’t providing hope for her daughter but was instead supporting her fears.

This is true for many families dealing with an illness that has been labeled terminal. In efforts to be supportive, they actually can make the person with the illness wrongly feel that their life is not worth living and that they are a burden to their loved ones. Kara Tippets, who died from terminal cancer in 2016, spoke out against assisted suicide, saying, “Suffering is not the absence of goodness, it is not the absence of beauty, but perhaps it can be the place where true beauty can be known.”

“Suffering isn’t a mistake,” she said in a documentary about her battle with cancer, “and it isn’t the absence of God’s goodness because He’s present in the pain.”

The importance of preventing suicide and assisted suicide

Ralph Lewis, a psychiatrist at the University of Toronto, who works with cancer patients and other people facing death, said that attempted suicide survivors are grateful. After their suicide has been prevented, “They say, ‘I don’t know what came over me. I don’t know what I was thinking,'” explained Lewis. “This is why suicide prevention is so important: because people can be very persuasive in arguing why they believe life—their life—is not worth living. And yet the situation looks radically different months later, sometimes because of an antidepressant, sometimes because of a change in circumstances, sometimes just a mysterious change of mind.”

Now, just months after beginning Kaftrio, Thornton has a new lease on life. She achieved the goals of walking again, of surfing, and swimming. She went on a road trip with a friend and had many adventures she never thought would be possible. Her days of multiple hospital visits and hours of physiotherapy are gone, and it appears the days of mental anguish are as well. These are beautiful days she would never have seen if she had gone through with assisted suicide. Even when it seems like the future will definitely be bleak, hope should always be offered to everyone living with a life-threatening illness.

“I’ve been given my life back,” she said. “I’m euphoric. I began to realise that I am laughing all the time. Throughout my life I’ve suppressed laughing, as it took up too much lung function. Now I laugh all the time. I feel reborn.”