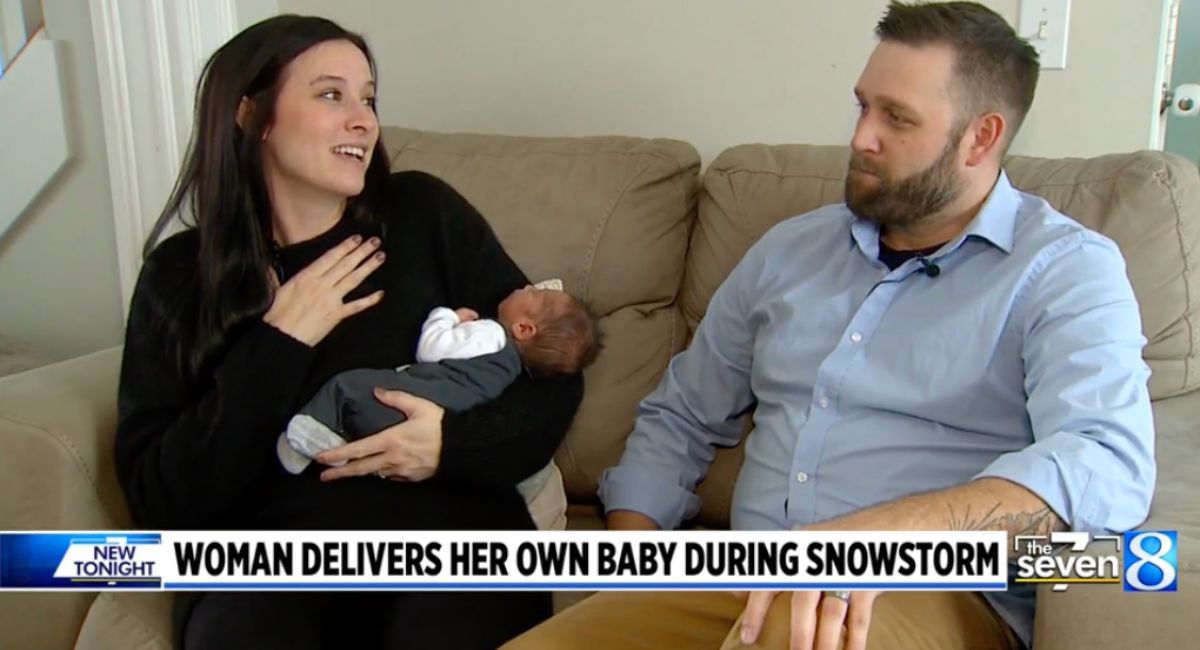 The country was gripped with severe winter weather last week causing snow and extremely cold temperatures, and for one couple, the weather led to an unexpected delivery on the side of the road.

Danielle Gill, pregnant with her fourth child, was driving through a snowstorm with her husband, Ryan, on their way to Corewell Health Butterworth Hospital in Grand Rapids, Michigan. They were preparing to deliver their fourth child, a boy they named Hayes. Yet they ended up running out of time to get to the hospital.

“She basically said, ‘You know baby is coming now,’ and so at that point, I called 911 and I was talking to dispatch and during that time she was basically delivering the baby and it was, I mean it was a matter of 45 seconds to a minute between the time she said, ‘We’re not going to make it,’ to the time baby was here,” Ryan said in an interview with WOOD. “By the time I got out of the car and ran around to the passenger side she was holding him and so we grabbed the towel from the back seat, wrapped him up.”

The snowstorm had made travel more difficult, which slowed down their trip to the hospital. But the shock of a roadside delivery was lessened because they had already given birth to three children before.

“I just pulled him out and put him up on my chest and at that point Ryan had the vehicle stopped,” Danielle said. “Had it been my first and not knowing from previous deliveries, I would have been so much more of a wreck than what I was.”

Thankfully, Ryan’s 911 call ensured that the hospital was prepared when the family arrived, although they were just as surprised as the new parents.

“There were three nurses waiting there for us with a bed and I basically pulled in, ran over, opened the door. We transferred her right onto a bed and then basically went right upstairs from there,” Ryan explained. “The nurse that received us there was surprised. It’s not something that they see every day. I think they mentioned that it happens maybe once a month where a baby is born outside of a hospital but rarely in transit.”