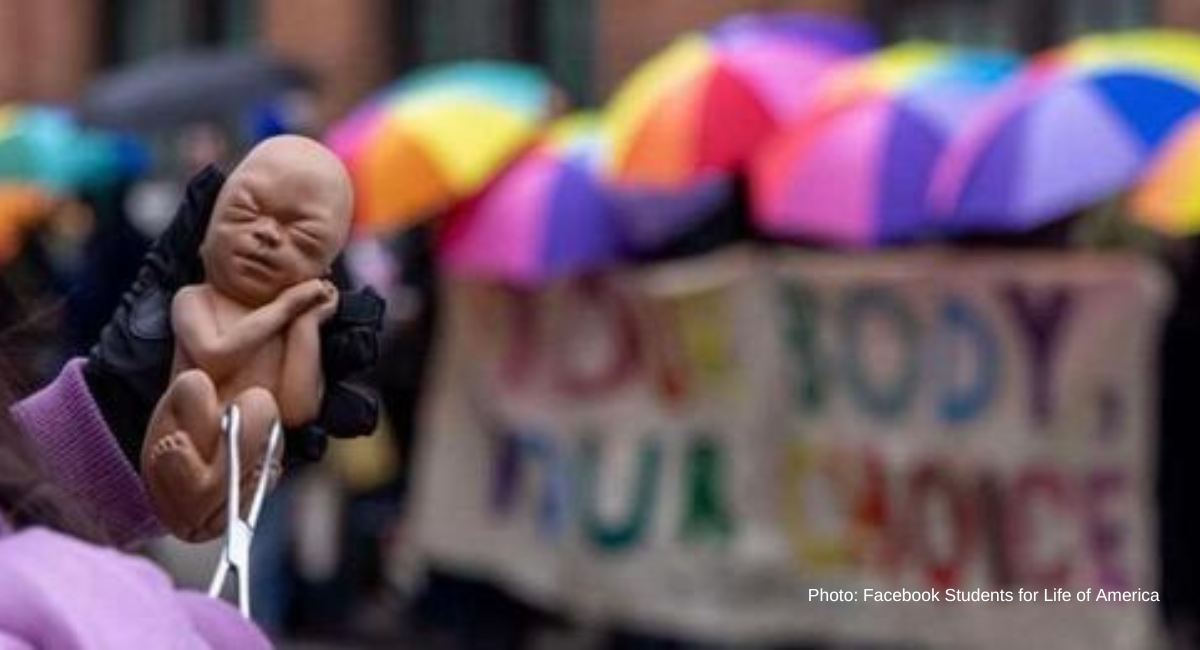 Witness for Life Manhattan is a pro-life event sponsored by the Archdiocese of New York which happens on the first Saturday of every month. It begins with Mass at The Basilica of St. Patrick’s Old Cathedral, which is followed by a rosary procession to Planned Parenthood. The first such event of this year, however, was disrupted by angry abortion advocates.

According to Savannah Craven, a Students for Life activist who was in attendance, pro-abortion demonstrators were present before Mass started. But by the time it ended, their ranks had grown significantly in terms of numbers, volume, and vitriol. “The pro-abortion crowd had donned eerie Halloween masks, and some were yelling through microphones as around roughly 50 police officers milled around the hostile atmosphere,” Craven related.

Craven said that the walk to Planned Parenthood, which normally would take less than five minutes, took more than an hour due to the size and antics of the pro-abortion crowd, which was blocking the sidewalk. “The Virgin Mary hates you because you are disgusting,” one sneered, while others chanted, “Thank God for abortion.”

According to Craven, “Some even threw eggs at Students for Life of America (SFLA) students from Columbia University while others gave the middle finger to Friar Christopher ‘Fidelis’ Moscinski, who leads the monthly procession over to the Planned Parenthood.”

Yet another abortion supporter dressed as the Pope dragged around a baby doll from a string attached to her underwear.

This is not the first time abortion advocates have clashed with pro-lifers outside of Old St. Patrick’s Cathedral. In September, for example, abortion advocates staged an “abortion carnival” to harass 40 Days for Life participants. Old St. Patrick’s was also the site of heated protests following the leak of the draft opinion in Dobbs v. Jackson Women’s Health Organization, the decision which overturned Roe v. Wade and Planned Parenthood v. Casey. Some pro-abortion activists even threatened to burn the cathedral down in the wake of that event.