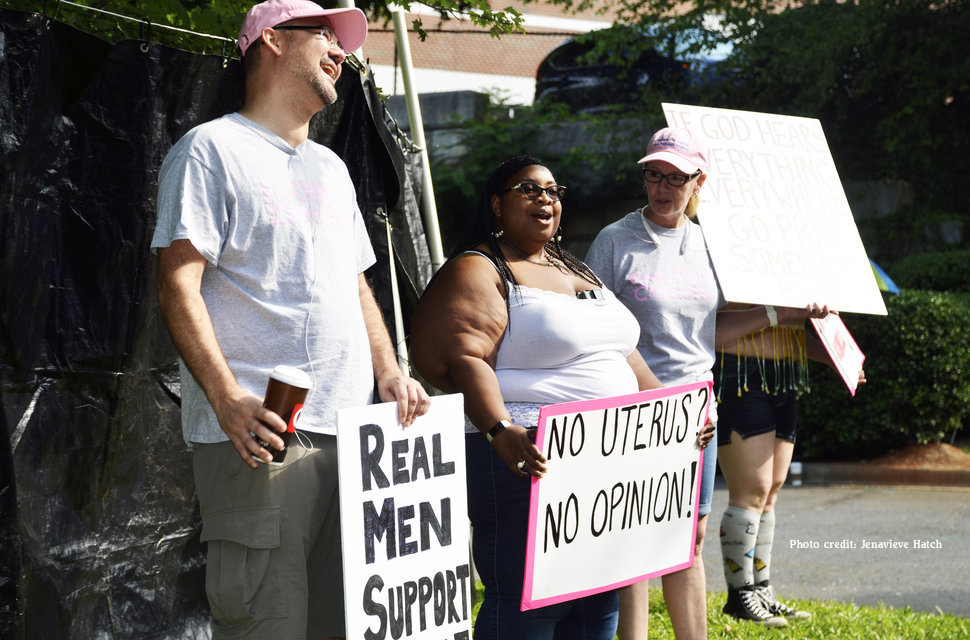 In an article published Friday, HuffPost interviews Jasmine Sherman, an African-American pro-abortion activist with Pro Choice Charlotte. As the article’s title — “A Black Abortion Rights Activist On White Women And The Myth Of ‘Black Genocide’ “– implies, the piece is apparently intended, at least in part, to dismiss the notion that big business abortion targets black individuals and communities.

On this endeavor, the article falls embarrassingly short. The interviewer asks Sherman the following question:

A lot of what I heard you deal with [outside the clinic] is the concept that abortion is “black genocide.” Celebrities like Nick Cannon have also brought this up. How do you feel about that argument?

For context, in 2016 Cannon publicly criticized Planned Parenthood for targeting minorities for abortion, including a statement that the abortion giant’s founder, Margaret Sanger, “wanted to exterminate the negro race.”

To this question, Sherman replies:

That’s B.S. The problem with that is that black women are more than baby-makers. We are so much more than that. To say it’s black genocide is just B.S. Nobody cares about the fact that in our community, we’re struggling to create safe spaces. Segregation is supposedly over, but you try putting a whole bunch of black kids into a “good school” in [a nice neighborhood]. They don’t even want to send their kids to charter schools with ours. So I don’t want to hear anybody tell me about black genocide.

Am I the only one having a hard time following the logic here? Who is arguing that black women are no more than baby-makers? And how does the claim that a certain group of white people want segregated schools lead to the conclusion that black people are not and have not been targeted for abortion?

How does any of this relate to the fact that in 2012, more black babies were aborted in New York City than were born? Or that the estimated number of aborted black babies from 1967 through June 2016 is equal to 48.45% of the current total African American population? Or the fact that a 2012 study found that 79% of Planned Parenthood’s surgical abortion facilities were located within walking distance of a minority neighborhood? Or the fact that the abortion business has been caught on tape accepting donations to specifically target black preborn babies for elimination? Or the fact that Sanger admitted to accepting an invitation to speak to a KKK group (who apparently loved her message, as Sanger claimed “a dozen invitations to speak to similar groups” followed)?

There’s a lot of actual facts being ignored here.

As is typical, the pro-abortion side talks big (such as labeling black genocide a “myth” in the article title), and utterly fails to back up that talk with relevant facts or even basic logic. The article’s writer and interviewer, Jenavieve Hatch, also makes other equally unsubstantiated assertions, such as the claim that pro-lifers pointing out that “Black Lives Matter” should include all black lives, including preborn children, constitutes “harassment.”

Interestingly though, in the same article, Hatch admits: “…recognizing the role of racism in the abortion rights and contraceptive movements is essential ― Margaret Sanger, who founded Planned Parenthood, was a eugenicist, and the side effects of birth control pills would not be known without the pill having been tested on black and brown women in Puerto Rico…”

As Walter B. Hoye II, a former Michigan State football player who is also black, explained:

Keeping the Black American community smaller and less powerful reflects the racist, eugenic and genocidal mindset behind the abortion policies advanced by Planned Parenthood…under the guise of helping Black Americans. If “Black Lives Matter,” then the life of the human being inside the womb of his or her Black mother matters too.

(Watch out Walter, according to Hatch, your closing sentence could count as “harassment!”)

While the HuffPost article touches on both racism and sexism (and Sherman does make some interesting points on how men and women of different races can work together), the article sadly fails to advance the eradication of either sexism or racism.

For example, in two pictures displayed in the HuffPost article, Sherman can be seen holding a sign which reads, “NO UTERUS? NO OPINION!” 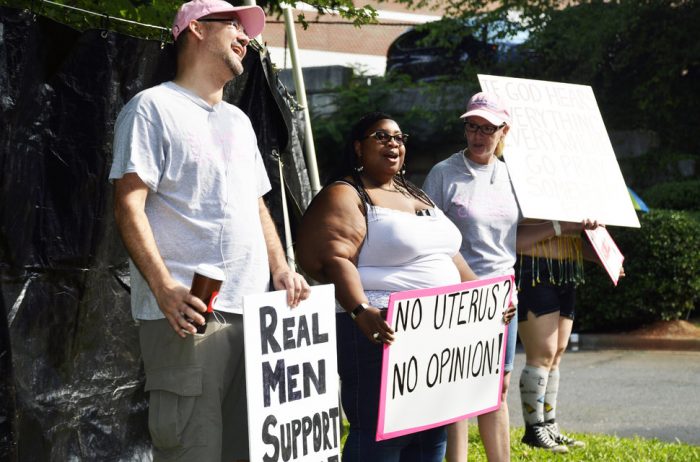 This is inarguably a sexist message. Ironically, in one of these photos, Sherman is seen protesting alongside a man, who is holding what appears to be a pro-abortion sign. We can presume that this man does not have a uterus, and yet he is expressing an opinion. Sherman and Hatch seem to have missed the logical problem here. Both — and the pro-abortion side at large — would do well to put a little more thought into their words (and pictures) before attempting to simply dismiss pro-life notions that are rooted in fact and logic.

Editor’s Note: For more on why men can have an opinion on abortion, even though they lack a uterus, see this article. All op-eds are the opinion of the writer, and not necessarily the official position of Live Action.