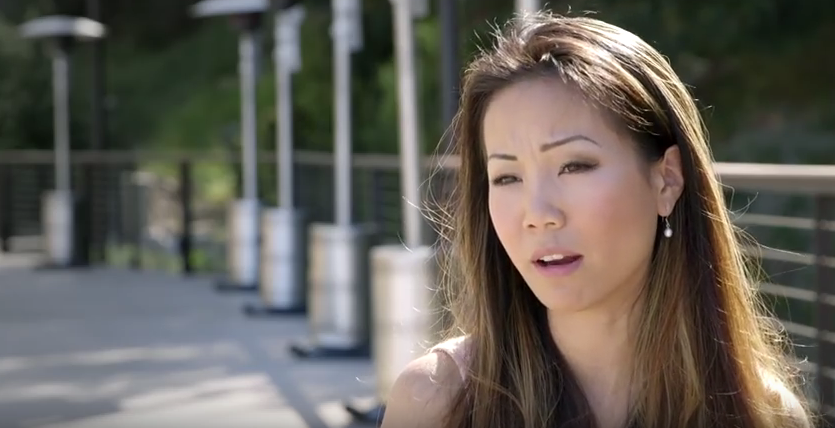 Adeline found herself unexpectedly pregnant. She went to PP for her options & she’s now a grateful mom. #StandWithPP https://t.co/SzjHmShxvV

After facing an unplanned pregnancy, Adeline says that “the most pragmatic option was to get an abortion” and that when she went into Planned Parenthood, she was “still very torn about it.” She says the physician who saw her told her, “Something tells me today is not the day. Go home. Take a night—sleep on it and then reschedule.”

Adeline continued her pregnancy and had her child, a young son who appears in the video, below:

It is good news Adeline chose life for her son, but sadly her experience makes her one of few pregnant women who walked out of Planned Parenthood with their child still alive.

College freshman Addison visited a Planned Parenthood near the University of Houston in 2011 and had a very different experience than Adeline. Addison’s parents suggested she go there to confirm her pregnancy and for prenatal care, not aware of the true nature of their business. They thought Planned Parenthood could help their uninsured daughter and offer her the full range of care. (One could only imagine that others who watch Planned Parenthood’s brief video of Adeline would be duped into thinking the same thing.) Although abortion was never a consideration for Addison and her family, the procedure was suggested to her repeatedly. She left unaided by Planned Parenthood since she did not wish to have an abortion and ended up suffering a miscarriage. She and her fiancé now have a 6-month old, but Addison still wonders if she would have been able to sustain that previous pregnancy had she gotten prenatal care.

Live Action News’ Susan Michelle interviewed former Planned Parenthood worker, Brooke, who stated that if a patient took a positive pregnancy test, she would spend 15 only minutes with her about her “options.” Any more time could cause trouble. In what Brooke says “was totally a numbers game,” she would receive incentives if she met her goal. Women who didn’t want abortions were verbally told that they should get prenatal care and sign up for the WIC program. Brooke didn’t even have flyers to give out. So while it’s touching that that in the video, Adeline says the Planned Parenthood’s physician encouraged her not to make a hasty decision on abortion that day, that’s not often the reality.

Live Action News’ Sarah Terzo reported on a woman who shared at Silent No More about being coached into an abortion by Planned Parenthood. She says she was treated as if time was being wasted when she asked about options, and was asked if she wanted her “life to be ruined by a baby.” Testimony from the book Bad Choices: A Look Inside Planned Parenthood shares how workers scared teens into having their abortions, and that some were even forced — sadly, a  not uncommon occurrence at Planned Parenthood.

Adeline’s positive Planned Parenthood testimony is concerning for further reasons. “If I had gone through some underground network to get some back alley abortion, not only would my son not be here but I might not either,” she said. But “back alley abortions,” as abortion advocates like to portray them, have been debunked. Before abortion was legalized, an overwhelming majority were done by physicians, which Planned Parenthood itself admits. But the mere legality of abortion or the fact that it is done at Planned Parenthood doesn’t make it safe. Live Action investigated the abortion chain and found that affiliates not only had medical emergencies but lied about it.

Adeline’s story about choosing life is touching enough on its own. Planned Parenthood’s use of this story is a dishonest representation of the services they provide.

Editor’s Note, 10/22/18: A statistic from a third party stating that 94% of Planned Parenthood’s services to pregnant women is abortion has been removed due to possible statistical inaccuracies.