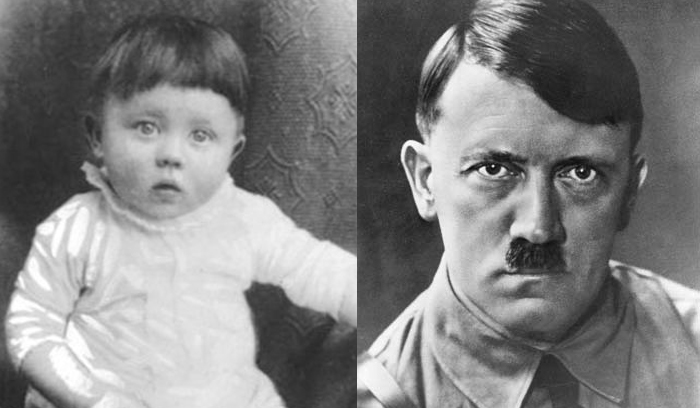 On October 23, New York Times Magazine posed the following question to its audience on Twitter: “If you could go back and kill Hitler as a baby, would you do it?”

The publication then urged users to respond to the question, accompanying the tweet with an infographic showing that 43 percent of its readers would kill baby Hitler, 30 percent would not, and 28 percent were unsure.

We asked @nytmag readers: If you could go back and kill Hitler as a baby, would you do it? (What’s your response?) pic.twitter.com/daatm12NZC

Republican presidential hopeful, Jeb Bush, gained media attention when he responded to the question with a resounding: “Hell yeah! I would.” Many, however, would agree with Bush, who considers himself to be “the most pro-life governor in modern times.”

The question poses a moral dilemma, because our society is constantly seeking ways to create a utopia free of the errors of the past and the tragedies of the future. Bush’s statement, however, shows that he fails to grasp the simple truth: killing is never the answer to solve a problem—even in one of the darkest moments of human events. The end never justifies the means.

Adolf Hitler saw the Jewish people as a problem of humanity, and horrifically killed over 6 million Jews during the Holocaust. Hitler’s anti-Semitic ideology, rooted in eugenics, wished to rid the human race of individuals who, in his view, tainted it. Hitler wished to cleanse the human population and breed a pure race.

Killing baby Hitler may eradicate a problem of the past, but it will not solve the problems of the future. The solution for society’s ills is not dependent upon the destruction of certain individuals, but on the eradication of the ideologies that shatter peace. Until then, another Hitler-like figure would soon take his place, and another Holocaust perpetuated.

The same argument, however, is used in the abortion debate. Planned Parenthood and its allies have promoted “choice” and “reproductive justice” as a means of freedom, telling mothers that killing their children is the solution to their problems.

Margaret Sanger, the founder of Planned Parenthood, was also a proponent of eugenics, and believed in weeding out the “feeble-minded,” “idiots” and “morons,” whom she deemed unfit for the human race.

Sanger’s dream, tragically, has been accomplished through abortion. Abortion is the leading cause of death for African Americans (whom Sanger disdained), the greatest destroyer of children diagnosed with Down syndrome in the womb, and the go-to “solution” for so many minority women. Planned Parenthood has killed over 7 million preborn children since abortions first began in 1970, and as a whole, America has lost over 57 million preborn children since Roe v. Wade. Our history tells us abortion has not solved our problems.

As seen throughout history—undoubtedly in Nazi Germany — human rights abuses perpetuate when certain people groups are devalued and dehumanized. This was Hitler’s Final Solution.

A truly good society recognizes the dignity of every person by teaching its citizens to love, cherish, and protect the other. We must realize that we are deeply connected, and our humanity is inherent and shared.

“If we are to have peace on earth… we must develop a world perspective…. Yes, as nations and individuals, we are interdependent…. It really boils down to this: that all life is interrelated. We are all caught in an inescapable network of mutuality, tied into a single garment of destiny. Whatever affects one directly, affects all indirectly…We aren’t going to have peace on earth until we recognize this basic fact of the interrelated structure of all reality.”