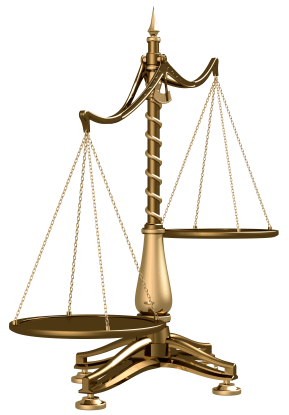 A lot of people have asked me about Georgia Right to Life’s response to the 20-week abortion ban. In case you didn’t know, they made national news by asking the pro-life legislators of Georgia to vote against the pro-life bill when a rape and incest exception was added, a necessary condition of getting it passed in the House according to members of Congress, congressional staffers, and members of the pro-life lobby.

Full disclosure: I used to work for Georgia Right to Life. I’m grateful that they offered me a full-time pro-life job when I didn’t have one. I worked there for three and a half years before resigning my position after failing to change their mind on the legal strategy that is now in the spotlight. I’m very familiar with their arguments, and they are even less convincing to me now than they were before. That’s saying something, because at the time, I thought their strategy was so harmful to the pro-life movement that I changed jobs so that I wouldn’t have any part in that. Most of that story and the gritty details will stay with me and me alone. I’m not interested in attacking pro-life organizations. But I am very interested in helping pro-life activists to think clearly about matters like this.

A long-time follower of my show, Life Report: Pro-Life Talk, Real World Answers e-mailed me, asking if I support incrementalist pro-life laws that, in the opinion of some, might as well be ended with “and then you can kill the baby.” I recorded 22 minutes of audio responding to that question fully, and I will summarize my thoughts below the video. I won’t go as in depth as I did in the video, so if you’re really interested in what I have to say, I’d encourage you to watch the video, or download the audio to listen to later by right-clicking this link.

You should know that many of my arguments and thinking on these issues come from conversations I had with Scott Klusendorf and Dr. Francis Beckwith, who both graciously spent time with me while I was working through these issues in 2007, the year I ultimately resigned from Georgia Right to Life. I’m not sure now who said what and how many of these arguments are really my own, nor would I want to source any of these arguments directly to Scott or Frank without their permission. (These were all private conversations.) It’s probably a fair assumption that the really smart talking points came from one of them, though.

I’m going to refer to people who want to pursue only perfect pro-life bills by the term I’ve heard used most often: “absolutists.” I don’t like this word a lot, because it sounds pejorative, and I don’t mean it in a derogatory way. I just need a word to describe the people who aren’t incrementalists, and “people who tend to pursue only state personhood legislation” is really clunky.

I have some common ground with absolutists who support only perfect pro-life bills that would ban 100% of abortions. I agree that we do not want to communicate to pro-choice people that we care only about babies who feel pain, are a certain age, and are not conceived in rape. However, I disagree that most forms of incremental legislation actually send that message. I think most people know how politics works.

I’m aware that The West Wing and House of Cards are not documentaries, but I know that there is some truth in the way they portray what goes on behind the scenes of getting a piece of legislation passed, because they line up with the testimonies of real people who have spent years doing exactly that. It’s not all Mr. Smith Goes to Washington, where you have your principled ideas and you draft your perfect piece of legislation and then fight to keep it perfect and then the president signs it. Sadly, in the real world of politics, as Erick Erickson wrote at RedState on this topic, an “all or nothing approach will continue to lead to nothing.”

As long as the majority of our country continues to be morally confused about abortion, pro-life legislation will need to be incremental as we continue to educate our society about the humanity of the unborn, and we will attempt to save as many as we can every step of the way until every baby is safe in her mother’s womb.

I don’t think pro-choice people are at all confused by incremental legislation, because what’s implicit in these bills is that we want to save all, but we know we can’t right now, so we’re going to save the most we can, and go from there. We’re not going to give up after banning abortions after 20 weeks, just like the abolitionists didn’t give up after passing the Foreign Slave Trade Bill of 1806. (More on that later.)

This is the point where people accuse me of being a utilitarian. Let me clarify my argument. I’m not saying that we should do evil that good may come. My argument is that when we pass incremental bills that will have a positive impact for the unborn, we are not actually doing evil. We are doing a good thing.

I’m not saying, “We’ll kill one baby if you let another 99 go.” It’s more like if in a World War II Japanese POW camp, the Japanese soldier tells a prisoner, “We’ll let you go, and you can either take two with you and we’ll kill the other eight, or you can go alone and we’ll kill all ten.” It seems like some pro-life absolutists would say that by taking the two, you’re implicitly saying it’s okay to kill the other eight. “As long as you give me these two, then you can kill the POW’s.” Not at all! We value life, and we’re trying to save as much as we can, every step of the way. As my brother Timothy Brahm explains, “It isn’t utilitarian to seek a good result. Good results aren’t evil. Seeking good results with evil means is evil.”

A real-world example of this comes from William Wilberforce. It continues to amaze me that absolutists try to claim Wilberforce as a non-compromiser. The worst example is when a pro-life leader actually told me that Wilberforce may have compromised during his work in the abolition movement but then regretted that later. As far as I know, there is just as much evidence for that as there is evidence of Darwin recanting on his death bed. (Spoiler alert: that didn’t happen, either.)

For a full explanation of how Wilberforce used prudence in his abolitionist work, read Clarke Forsythe’s Politics for the Greatest Good: The Case for Prudence in the Public Square. He has a whole chapter on Wilberforce. But even if you’ve only seen the movie Amazing Grace, you know that Wilberforce was not an absolutist. (I’m aware that Amazing Grace is not a documentary and that the director probably took certain liberties with this scene. But the fact that Wilberforce purposefully kept his team silent during the debate on the Foreign Slave Trade Bill of 1806 and that some pro-slavery people did not fight the bill because of that is historically accurate.) Yes, Wilberforce attempted to pass full abolition bills often, but he also would spend years at a time not trying to pass any because of a war going on. He also supported incremental anti-slavery bills and was wise enough to keep silent during the debate of the Foreign Slave Trade Bill of 1806, shrewdly tricking the pro-slavery members of parliament into thinking that this wasn’t a significant win for abolition. Any non-compromising absolutist is forced to tack onto the end of that bill, “if you don’t sell slaves to certain nations, then you can sell the slave.” Nonsense. It was a huge win that helped lead to ultimate abolition.

Here’s the question: do you think it’s more important to make an impact or to make a statement? I’d rather make an impact, and I reject the notion that passing a bill with a rape exception tacked onto it at the last minute sends a message to pro-choice people that we don’t care about the babies conceived in rape who are killed in abortions. They know we want to make all abortions illegal, and that makes them furious. But passing a bill that bans abortions after 20 weeks because clearly those babies can feel pain would be the most significant legal pro-life victory since the Supreme Court wrote the Gonzales v. Carhart decision, upholding a ban on partial-birth abortions.

When I say I’d rather make an impact than a statement, some absolutists accuse me of following the wisdom of man instead of the heart of God. My response: the midwives in Exodus 1 made an impact by saving as many babies as they could, and they are praised for it, even though they didn’t make a statement. When Pharaoh confronted them, they didn’t make a pro-life argument or statement; they lied about it so that they could continue saving some! It could be argued that they were implicitly telling the leader of the land that it’s okay to kill infants. They never to his face say, “You shouldn’t do that.” They lied, and saved as many as they could, and are praised and blessed by God.

Trust me, if pro-choice legal experts agreed that this bill would ultimately hurt the pro-life cause, they wouldn’t be fighting it so hard.

It was reported to me that John Mark Reynolds said in one of his classes that good social reformers know to “unite the divided, and divide the united,” and it left an impression on me. The pro-life movement is divided over this piece of legislation for some philosophically weak reasons. Let’s unite as a movement and divide the pro-choice movement by asking them some really tough questions about the amount of pain that nearly viable babies feel in the womb and whether dismembering them is humane.

By doing that, we’ll be one more step closer to the ultimate victory of protecting all unborn children.

Update 6/21 at 6:46 PM: Because I tried to keep this piece as short as possible while doing justice to the sensitive subject, I didn’t add several points that are in the original audio, but one of the points I skipped has been a stumbling block for a few readers, so I’ll quickly add it here: if a rape exception is actually not needed to get a bill to pass and for good to be done, than we shouldn’t add unnecessary exceptions. However, I think the legislators that pay pages full-time to get vote counts in order to find out what compromises are needed to get a bill through probably know better than you and I do whether the exception was actually needed. It sounds like a lot of members of Congress, congressional staffers, and members of the pro-life lobby have agreed with the assessment that the exception was sadly needed in this case.

Question: What do you think about this issue? Should we support bills like the fetal pain act, or should we support only bills that would ban all abortions? I would love to hear from you in the comments.

This article was originally posted at JoshBrahm.com.