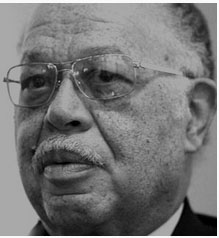 We can no longer plead ignorance.

Since 1973, in clinics across America, legal abortion has resulted in the death of  about 60 million babies. For context, 60 million amounts to 3,750 16,000-seat arena full of screaming sports fans, roughly the entire population of Italy, and almost six times that of New York City.

What’s perplexing is that politicians scream about 30,000 gun-related deaths a year, which is 0.01% of the U.S. population, but the extermination of 60,000,000, which amounts to 20% of the population, is either cheered by “pro-choice” advocates or, because it’s concealed, largely ignored by everyone else.

In the beginning, the public chose to accept the lie that abortion was an inconsequential occurrence in the first trimester, having only to do with the benevolent work of Planned Parenthood clinics serving the “health needs” of poor minority women.

Then, over the years, in an attempt to extend the barriers of tolerance beyond that of the first trimester, abortion advocates further manipulated pro-choice language. Gradually, late-term abortions, partial-birth abortions, and born-alive infanticide became acceptable to some politicians as a distasteful necessity that results from what the murdered late-term abortion doctor George Tiller called “just sloppy medicine.”

Contributing to the nonchalance surrounding what occurs in abortion clinics is endemic apathy, pervasive desensitization, and willful ignorance, as well as the uncanny ability human beings possess to compartmentalize within their own minds what they know to be intrinsically wrong.

Therefore, when it comes to the right to choose, blasé Americans have become like the Germans noticing the smokestacks at Nazi crematoriums, smelling the stench, and then going about their business as if nothing was going on. Although right now there aren’t actual smokestacks, what we do have are stacks of tiny crumpled corpses piled in crematoriums far from the view of those whose biggest concern seems to be making sure their iPhones are charged.

Also, let’s not forget that America did elect the most unabashedly pro-choice president in American history – twice!

In four years, Barack Obama has gladly allowed himself to morph into the symbolic head of the abortion movement. He quotes Scripture at prayer breakfasts and then proudly registers approval for over-the-counter abortifacients being sold to ninth-grade girls, and few question the glaring contradiction.

Even the Department of Homeland Security regards as potential terrorists those who consider abortion a monumental offense against the innocent. For 40 years, the pro-choice movement has become progressively shrill and stubborn in their defense of abortion – including in its most extreme forms.

Then, when least expected and much to the amazement of the comfortably numb, the curtain that obscured from public view the grisly nature of the abortion industry was violently drawn back. Details about what went on in late-term abortionist Kermit Gosnell’s Philadelphia slaughterhouse slowly seeped into public consciousness, revealing the raw, unfiltered truth.

In response, the pro-choice media tried desperately to ignore the blood-splattered walls and babies in red biohazard bags stuffed into freezers. And yet, despite the media blackout, pictures of little feet floating in jars of formaldehyde and stories of babies drowning in toilet bowls, as well as images of perfectly formed born-alive infants killed by having their spinal cords cut, are now indelibly seared into the nation’s mind’s eye.

Alas, as a result, much to their chagrin, nominal pro-choice Americans no longer have the luxury of pleading ignorance.

Still, when it comes to Kermit Gosnell, the most unexpected thing of all is the public’s reaction to the murder trial. The unlikeliest people seem shocked, appalled, and disgusted. The ghastly sights are vexing even for those convinced that being an unwanted child justifies a death sentence.

What happened? Now that the harsh truth has been made known, does a living baby making it halfway, or in some cases all the way, out of the birth canal before he or she is killed suddenly demand a stricter sentence than merely tossing a child into a biohazard bag in the first trimester?

What exactly do Americans think goes on inside an abortion clinic? Do those who approve of destroying the unborn still believe the lie that “non-viable” means “not living”? And based on what we now know, isn’t it time to admit that the very essence of life, regardless of the stage of development, establishes the viability pro-choicers insist is absent inside the womb?

Like it or not, Kermit Gosnell has forced America to secretly wonder whether “reputable  abortion clinics” on occasion dispose of live babies. Because, after all, logic does dictate that out of 60 million aborted children, many more than those at the Women’s Medical Society had to have been born alive. After touring Kermit Gosnell’s clinic, how those cases are handled is no longer a mystery.

What America must now grapple with is this: even if spinal cords are not snipped, do we as a nation approve of tiny ones being subjected to the excruciating death of being burned alive with saline, shot through the heart with a lethal dose of digoxin, or brutally dismembered with suction machines and scalpels?

And after taking that into consideration, shouldn’t we ask ourselves whether the administration of proper dosages of anesthesia by properly trained clinicians in clean operating rooms funded with federal monies makes feticide more palatable?

Either way, the truth is that America has pretty much spent 40 years attempting to ignore a holocaust in our midst. Many Americans have struggled to believe that the smoke rising from the crematorium is nothing to be concerned about. And now, astonishingly enough, it’s the cries of those Kermit Gosnell thought he silenced speaking from the grave that have roused from its stupor a nation that chose to ignore the murder of 60 million of its children.