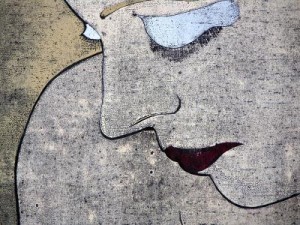 In my many years of writing about women’s issues, I’ve heard countless feminists scoff at the idea that a woman could possibly regret having an abortion. In fact, they usually dismiss post-abortion stress as “anti-choice” propaganda.

This strikes me as odd. I always assumed that reactions to individual abortions were as diverse as the women having them. Now, thanks to the blog ClinicQuotes, we have a pro-choicer on the record admitting that they’re the propagandists on this issue:

Rosemary Candelario, director of Massachusetts Religious Coalition for Reproductive Choice, on why pro-choice groups often claim that abortion does not contribute to emotional trauma for women: ‘I think the fear in the [abortion rights] movement is if we admit abortion is hard for some women, then we’re admitting that it’s wrong, which is totally not the case. I’ve heard from women who are having problems dealing with their abortion who are still ardently pro-choice.’

I commend Candelario for her honesty and willingness to put aside politics when dealing with post-abortive women. Angrily denying the existence of post-abortion trauma might be politically advantageous, but it is certainly not pro-woman. In fact, it hurts already suffering women to tell them their suffering is invalid and abnormal.

If any pro-choicer reading this disagrees, I encourage you to visit the site afterabortion.com. The site is run by “Jilly,” a pro-choice woman who nonetheless says she suffers from what she calls “Post-Abortion Stress Syndrome” (PASS). After Abortion is a virtual gathering place for women who are in the same boat – and, judging by the size of the forum and number of threads, there are many thousands of them.

Far from being “political propaganda,” After Abortion has a strict political neutrality policy: “To preserve the supportive, shared healing purpose of our site, we don’t allow discussion of prolife or prochoice views or issues here.” But the site is emphatic about one thing: PASS is real, and sufferers need acknowledgement and support.

I challenge pro-choicers to read the site’s testimonials from women, many of whom felt ignored and stigmatized by those who insist that abortion is psychologically benign:

I had spent years with an aching feeling that something wasn’t quite right…Guess what? I had PASS. The anger had eaten away at my life, well- I didn’t have a life before I found this site.

I took the PASS quiz and cried for 3 days. I was so afraid of being judged. I carried this horrible secret that I was not allowed to tell. Not to anyone, not even myself. I had spent 13 years in a state of denial.

As I began to post on the boards something happened to me. I was not turned away. Sometimes I felt that what I said sounded so stupid, well that was what I had been told for so many years. I was very good at hiding how I felt, even to all of those therapists.

This place has been AMAZING! I came here so confused and torn inside. I was in a million pieces and now I feel like a whole person again…Jilly, you are responsible for an incredible service that has probably saved my life.

“Jilly,” whoever she is, provides an amazing service for women. She acknowledges PASS, and gives women a place to talk about it. It’s unfortunate that feminists and pro-choice activists would rather marginalize these thousands of women than acknowledge that there might be something “wrong” with abortion.