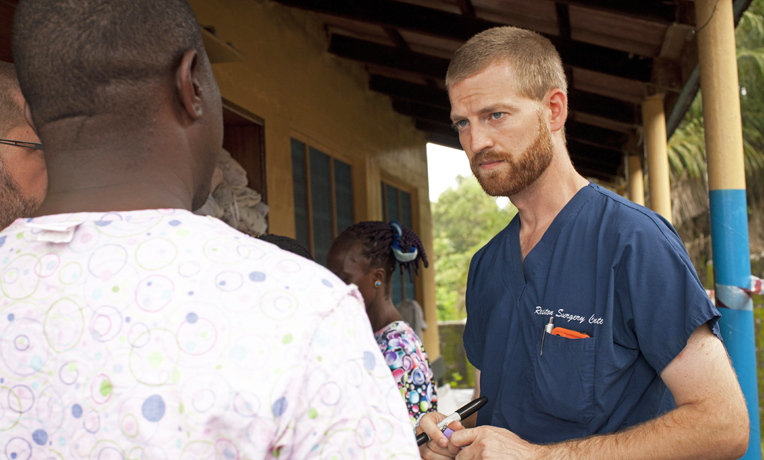 Conservative pundit Ann Coulter seems to enjoy being angry. In a recent opinion piece entitled, “Ebola Doc’s Condition Downgraded to Idiotic,” she blasts Dr. Kent Brantly, the American missionary who contracted Ebola while serving victims of the disease in Liberia.

She argues that he should have stayed in America and fought the “culture war.” She accuses him of “narcissism,” claiming he “left his wife and children” in Texas and flew to Africa so he could be viewed as “heroic.” According to Coulter, his true motive was cowardice. Christians “slink off to Third World countries” because they are tired of the fierce opposition they face in America.

Normally this sort of bizarre vitriol would not be worth responding to, but since those of us who are associated with Live Action are presumably engaged in the very “culture war” Ann Coulter is referencing, I want to publicly clarify that we do not agree with her article.

We at Live Action are deeply concerned about the forces in our society which degrade women and promote violence against children; thus we agree with Coulter that there is much work to be done here in America. However, I think I speak for all of the writers on this website when I say that her piece is distasteful, ridiculous, and just plain wrong.

Abortion is an important issue, but sex-trafficking, AIDS, and severe poverty are important issues too. We at Live Action are not in a competition with organizations such as Samaritan’s Purse, the evangelical relief agency which sponsors Dr. Brantly. On the contrary, the cause of life is advanced whenever an individual stands up against the forces of darkness and displays love to another human being. The sacrifices which Dr. Brantly made reflect a worldview which values the weak and the marginalized over personal comfort. In other words, Dr. Brantly embodies the life-affirming culture which we are seeking to establish.

This piece by Ann Coulter, on the other hand, embodies the angry, arrogant, and judgmental posturing  which we in the pro-life movement want nothing to do with.

Our prayers go out to Dr. Brantly and his family, and we thank him for the sacrifices he has made in the cause of life and human dignity.