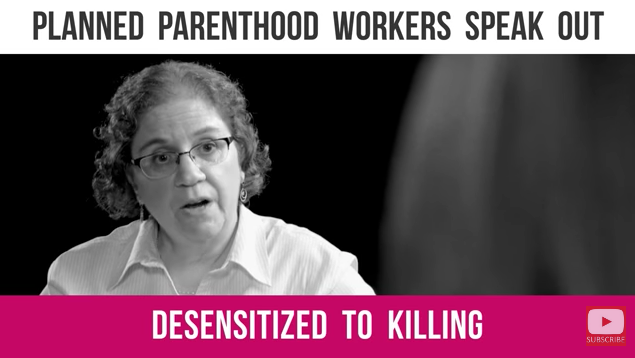 In a new interview with Live Action, former Planned Parenthood nurse Marianne Anderson describes how abortionists were desensitized to the killing of preborn children. She describes how one abortionist, as he sifted through the pieces of the babies he aborted, admitted to the humanity of the victims of abortion.

“I’ll never forget him saying,” Anderson recalls, “‘Now, where’s your little arm? Oh, there you are! Now, where’s the head?”

Another abortionist, Anderson said, marveled at the blood vessels in the child he just killed: “He really seemed to kind of get into it. He – I’ll never forget the first day he was there – and he goes, ‘Look at this – this is so cool!’”

The startling revelations come at the heels of legislation introduced in the U.S. House that would prohibit Medicaid funding to Planned Parenthood for one year. Lawmakers and President Donald Trump have vowed to defund the abortion giant and to send tax dollars to more worthy local health centers.

Lila Rose, founder and president of Live Action, commented on the videos, stating, “The testimonials of these former abortion workers are so powerful. The stories of the death they witnessed on a daily basis and of the barbaric procedures they saw committed on preborn children must be heard – especially by those who support abortion without understanding how brutal and inhumane it truly is.

“The science is clear: these preborn children are growing, developing human beings who have beating hearts at just three and a half weeks old. Taking their lives is the opposite of health care. Despite the lies they tell their clients, Planned Parenthood knows they aren’t aborting clumps of cells, but innocent little human beings.”