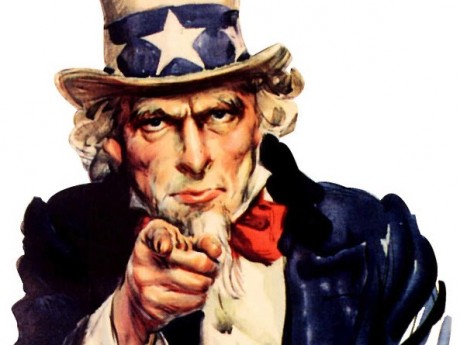 It’s time to step up!

I am part of a wonderful Live Action chapter in San Diego, CA, run by passionate leaders. One thing, however, has always struck me the wrong way: where are all the men? The majority of pro-life activists I know are female. This might not be the case in other areas, but it sure is the case in the areas I am familiar with. I personally think this is a tragedy.

Let me clarify. I do not doubt there is a good number of men who are pro-life and are passionately fighting the good fight. But why aren’t there more? Why does it seem like the pro-life movement is lacking male leaders, and dominated by females? The wonderful leaders of my chapter are all female. They do a fantastic job – don’t get me wrong. But shouldn’t more men step up and lead? I want to encourage all the male pro-lifers out there who are not already involved to step up and lead for this immensely crucial cause.

It seems to me that this dearth of leaders is due to mainly two reasons. First, men might find themselves shut out by pro-choice feminists because “abortion is a female issue.” This claim is demonstrably false. For starters, this claim assumes that one can speak fruitfully about a topic only if one has an experience relevant to the topic. This assumption is clearly unsupported and mistaken. There are numerous issues one can speak fruitfully about without personally experiencing anything relevant about those issues. Moreover, though the mother plays a vital role in this debate, the main issue here is one of human rights. If abortion is the murder of an innocent human being, then anyone and everyone should vigorously fight against it!

Whether you are male or female, saving an innocent life is of the utmost importance. One author put this poignantly: “You know that abortion is about the shedding of innocent blood. And you know that you have a right – a responsibility – to defend the weakest among us. Be bold. Be courageous. Be men. Defend the innocent children of America.”

Secondly, men might think this issue does not affect them. This too is demonstrably false. Abortion harms the mother, the unborn child, and the father! Consider these stories:

(6)    A Father Grieves the Death of His Aborted Son

(8)    The abortion was long ago, but for a regretful father the guilt lingers on

But all of this is really beside the point when we consider the gravity of the situation. Whether only females have a say about abortion or whether we are specifically affected by abortion is really irrelevant. What is relevant is that an innocent life is on the line!

Genocide is occurring on our homeland! Unborn women and men are being murdered by the thousands! We cannot simply sit here and do nothing. It is one thing to be pro-life, but it is completely another thing to actively engage the culture as a pro-lifer. We need more men engaging the culture as passionate, bold, and furious leaders. What happened to the Martin Luther Kings or the Gandhis or the St. Peters of our culture? Are they no more?

Believe me: I was once one of those men who claimed to be pro-life but did nothing about it. I still do not do as much as I think I should. It’s a shame! Dear brothers, this ought not to be the case! What is stopping us from stepping up? Are we too busy watching the game? Let us put down the remote and find a way to get involved. Let us sacrifice our time so that others might have time to live. Let us stand up and fight for those who cannot fight for themselves! Let us champion one of the most important causes in human history!  “Let us not become weary in doing good, for at the proper time we will reap a harvest if we do not give up!” (Galatians 6:9).