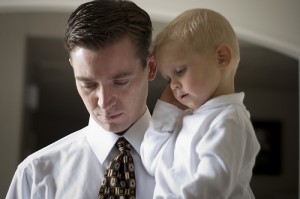 I sat across from her in the client room. Her face told her story before she opened her mouth. She was tired, physically ill from her pregnancy and emotionally shattered. I listened intently and when it was my turn to speak I asked her how she got to this place. Her story is one I’ve heard so many times before. She trusted a man, she opened her heart, a sexual relationship began and a child was conceived.

‘Will he be around to help with the baby?, I asked’. ‘Not at all’, she said. ‘I haven’t even seen him in months’. ‘When I told him I was pregnant he told me to keep the baby because he would help me with it.’ ‘Has he helped you in any way?’, I questioned. ‘No’, she replied. ‘Even when I got very sick with a disease related to pregnancy, he didn’t visit me once in the hospital’. ‘I’m not even sure if his family knows he got a girl pregnant’.

When a father makes a promise to stay it gives a woman hope. When he breaks that promise it tears her apart on the inside. Some of our clients come into the pregnancy center I work for with a tough shell over their hearts. ‘I don’t need him’, they say. ‘I can do this alone’, they tell themselves. Other women are honest with their fears. One mom admitted quietly, ‘I’m just worried about being in the labor room alone and not having someone by my side’.

Jessica Rassette found herself in a situation quite similar to the ones I’ve mentioned. In a NY Times article titled, ‘His Promise would not be denied‘ Jessica describes the utter anxiety she felt over an unplanned pregnancy at the tender young age of 20. After a short time of dating Jessica realized she was pregnant. She wrote about her experience telling her then boyfriend Tom.

He ran his hands through his hair until it poked up in a funny, Jack Nicholson kind of way. He didn’t fall backward, but just slowly leaned until he was flat on the ground, sweat glistening on his forehead and arms.

Tom did just as he promised. The story wasn’t as simple as guy gets girl pregnant, guy and girl marry and live happily ever after. Even Tom’s promise to care for Jessica didn’t cause her heart to be at rest. Jessica broke up with Tom and ran to her parent’s house for refugee. In a patient and loving way, Tom refused to give up hope. He lovingly pursued Jessica and let her know he would wait until she was ready. He seemingly knew she was uncertain and fearful, yet he wanted to be a support to her.

When Jessica gave birth to their son, her mom insisted she let Tom come to the hospital. She stayed in the hospital for 6 days and each day Tom came with a smile on his face and courage in his heart. He eventually won her over with his persistent love. Now they have three children and Jessica writes about their adventures in her popular blog called ‘Little Victories with Bub, Teebs and Scooter’. Jessica closed her NY times article with these words about her husband:

Jessica and Tom’s story is uniquely their own. I wouldn’t expect every father to marry the mother of his unborn child. Truth is, it’s not the best choice depending on your circumstance. However every father does have a responsibility to love his children. That’s not negotiable. Over the years I’ve met many women who were pushed towards abortion because the father refused to stay. We know all men are not this heartless. I’ve also seen fathers who were broken because they wanted to keep their child, but the mother chose abortion on her own. Regardless of the situation it’s vital that men know their value as a father. When they give a promise to stay, they must follow through. As we’ve seen in Jessica’s story, it makes all the difference in the lives of their children.