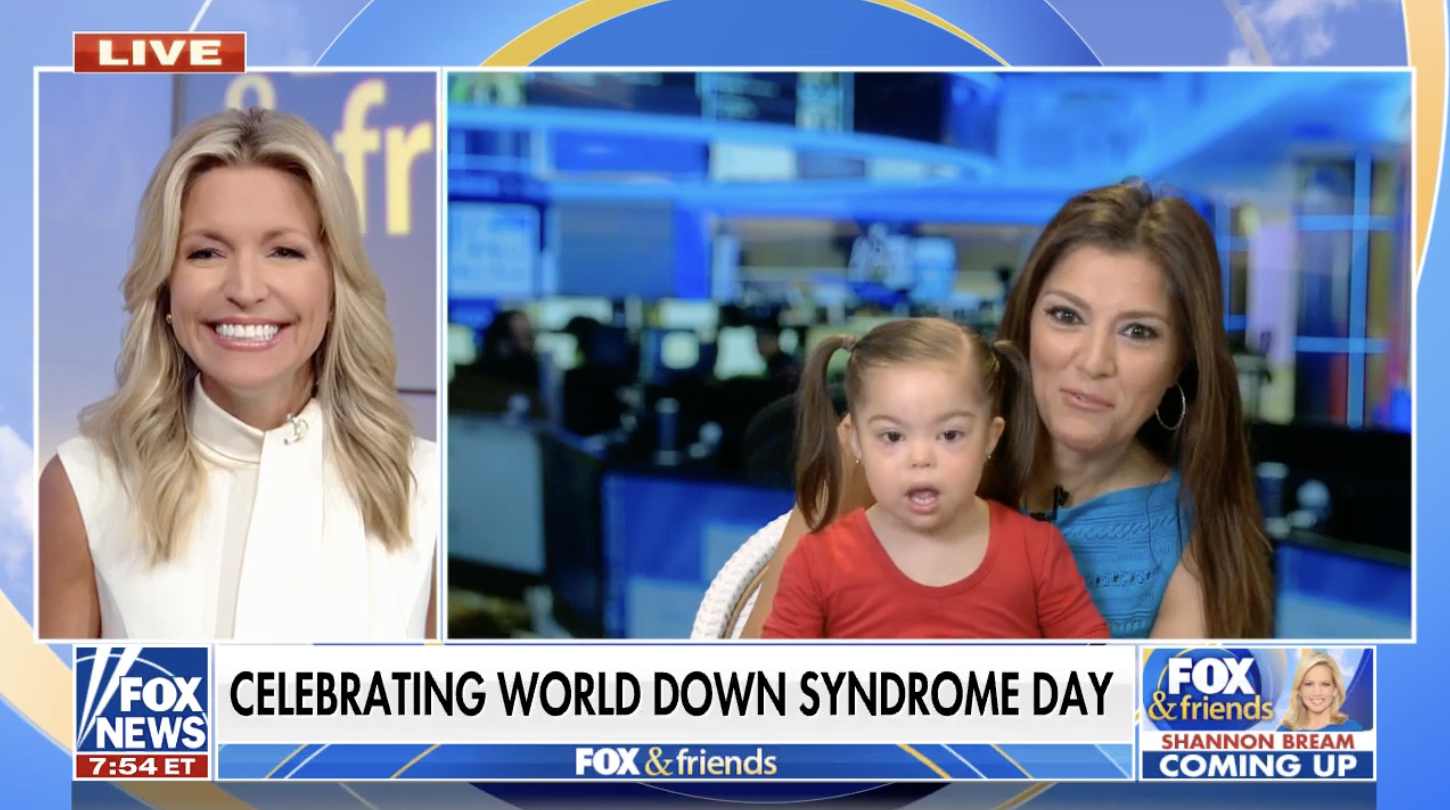 3/21/22, 5:38p EST: Today is World Down Syndrome Day and according to Fox News, West Virginia Gov. Jim Justice is expected to sign into law a bill that would ban abortion for a Down syndrome diagnosis.

“We in West Virginia are very thankful that we have a state legislature and a governor who are taking this opportunity to use World Down Syndrome Day to really educate our communities on Down syndrome and to celebrate the lives of Chloe and Dalton and so many West Virginians,” sponsor of the bill Kayla Kessinger told Rachel Campos-Duffy of “Fox & Friends Weekend” this past weekend.

In honor of World Down Syndrome Day, Campos-Duffy also brought her daughter Valentina on air today with her to speak to Ainsley Earhardt, showing viewers how “amazing” her daughter is. “[People with Down syndrome] are human,” she said, later adding, “The WHO put out a statement just this month listing Down syndrome in a list of birth defects. It is not a birth defect… I think these kinds of statements just lead to discrimination and clearly lead to abortion….”

READ: This woman is the first person with Down syndrome to complete the Austin Marathon

SB 468 in West Virginia, also known as “The Unborn Child with Down Syndrome Protection and Education Act,” states, “Abortion may not be performed because of a disability, except in a medical emergency.” In addition to banning abortion based on a diagnosis of Down syndrome, the law would protect children who receive a diagnosis in the womb of a “physical, emotional, or intellectual disability” from being aborted based on that diagnosis. Abortionists must submit a report within 15 days of an abortion that states the date the abortion was committed, the type of abortion procedure used, and whether or not the child killed had a disability.

“This legislation is, to us, it’s ending the ultimate …  discrimination, prejudice, bigotry, profiling, because what’s happening in our culture, they are prenatally identifying, targeting, eliminating children with Down syndrome because they say they don’t belong in society,” Down syndrome and pro-life advocate Kurt Kondrich told Campos-Duffy. “So legislation like this is priceless because it’s going to stop that and it’s going to bring awareness to what is happening to beautiful people like my daughter Chloe and your daughter Valentina.”