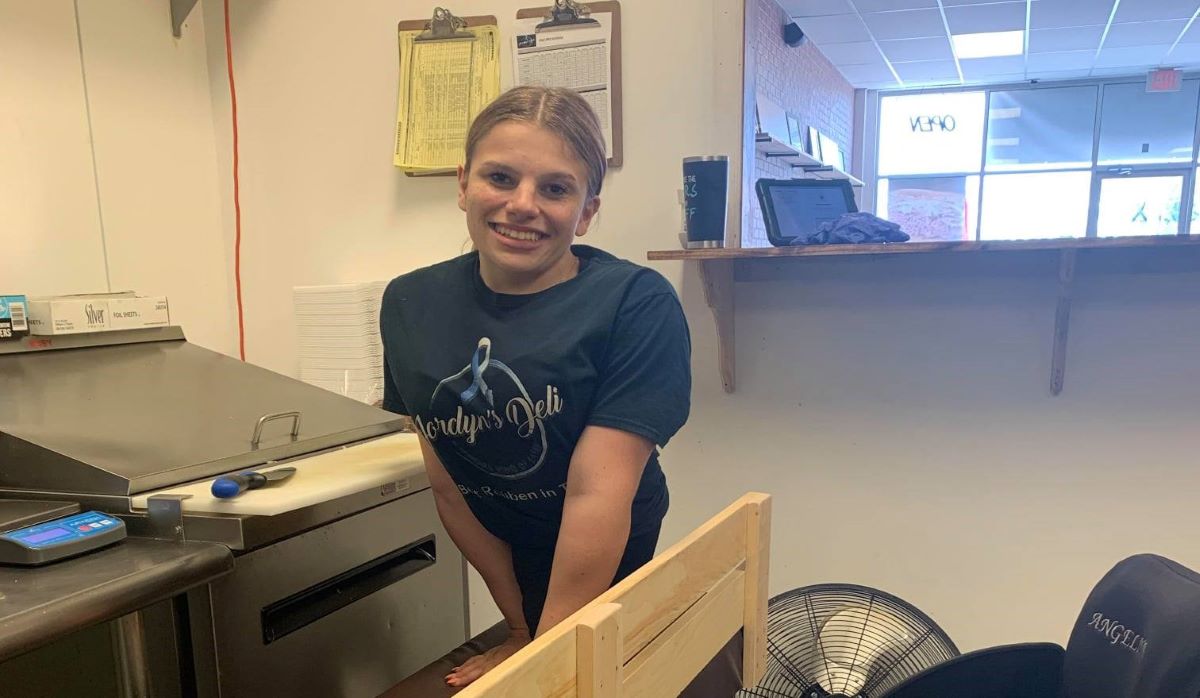 A West Virginia deli is warming hearts and filling bellies with their delicious food and beautiful mission to “support special needs employment.” Jordyn’s Deli, located in Falling Waters, West Virginia, was founded by Bob Parks and named after his daughter Jordyn, whom he described as “the definition of love.” Jordyn has both epilepsy and autism and works at the sandwich shop.

Parks opened the deli in February of 2020, just one month before the COVID-19 pandemic began. Still, the business has thrived thanks to its creation of a truly inclusive workplace for individuals with disabilities. Parks told a local ABC affiliate that the atmosphere of inclusivity extends to usual job responsibilities and equal pay, with whatever physical accommodations the employees need to be successful. Parks said, “Everyone is accepted. We have disabilities, but we are so beyond that.”

READ: Illinois bakery inspired by children with Down syndrome will provide jobs for adults with disabilities

One employee who is pursuing her dreams thanks to accommodations made by Jordyn’s Deli is Angelina Seal. Seal has Lumbosacral Agenesis, a rare birth defect where the lower part of the spine doesn’t form properly. Seal described her condition saying, “I was born with my legs crossed, it had a web in between where my legs and knees were.” But because the name of the game for Jordyn’s Deli is what is possible rather than what’s not, Seal, who was one of the shop’s first employees and works the register, has her sights set on becoming a manager eventually. Parks told her that in order to be a manager she needed to be familiar with every aspect of the shop’s operations, so Seal’s grandfather is creating a specialized workstation in order for her to be a cook.

A now-viral Facebook post about the shop’s collaboration with Seal’s grandfather read, “When life gives you lemons, you make lemonade. And when one of your best employees comes to you and says that in spite of all obstacles, they want to be a cook…you find a way to make it happen. You move a couple pieces of equipment around so she can reach. You take some wood, screws and the skills of a local craftsman ( her grandfather

) to make her a perch. And you step back to watch her live out a dream. Angelina’s Reubens. Nothing any better.”

Comments on the post came from all over the world, including Australia and Canada, and consistently described individuals who were “inspired” by the good things happening at Jordyn’s Deli. Stories like this one are a reminder of the infinite value of every human life, of every individual’s potential to dream beyond their current circumstances, and that, while some needs are more obvious than others, we all need each other.